The second instalment in Theroux's new series for the BBC, 'Altered States', is an interesting contribution to the debate on euthanasia and assisted suicide - but predictably was badly timed and badly formed 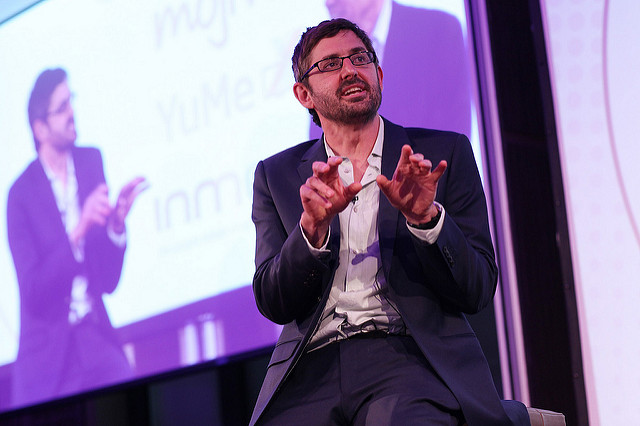 For a few seconds in the second minute of a more than hour-long programme, we saw footage of a protest against assisted suicide legislation*. Those few voiceless seconds were all opponents got. From there on in, it was a collage of yeses to assisted suicide, Theroux's the only (occasional) questioning voice. (*The doctors pictured included Dr Stanley Bukowski - you can watch him testify before the New York State Assembly here.)

'It is hard to imagine a decision freighted with more gravity than whether to end one's life. In exploring the choices being offered in America, I'd seen reasons to be concerned. The dangers of an attitude that devalues society's most vulnerable. The stresses of having to make such a huge decision.'

It would be uncharitable to say that Theroux failed to raise serious questions in the documentary. Regarding Lori Wallace, a terminally ill young mother, Theroux opined after a very low point:

'I also couldn't help feeling that, in offering Lori the reassurance of a measure of control, the end-of-life option had also given her a kind of nuclear button, and the responsibility of knowing when to push it.'

Regarding two so-called 'exit guides', lay activists who travel discreetly to advise those who don't fit the Oregon law (like Debra Koosed) on how to kill themselves, Theroux said:

'With the stakes so high, it was troubling to hear Brian presume that almost anyone would rather die than live with serious dementia. It seemed a slippery slope from that to devaluing the lives of all those with mental disabilities.'

And yet the documentary was a land of missed opportunities.

The programme was made principally for a UK audience used now to claims by assisted suicide advocates that requiring a six-month prognosis is a good safeguard in a law, yet little was made of Lori's noting that:

'Technically I've had six months to live for three and a half years!'

Prognosis is profoundly unreliable, and it is all the more astounding that the definition of 'terminally ill' and the safety of a six-month prognosis should not be queried further given that in just the last year, it has been acknowledged by Oregon health officials that those who would live well beyond six months if they took routine, life-sustaining medication (not extraordinary interventions) would be deemed eligible if they stopped.

With Debra also, there was startling myopia. As the cameras show glimpses of the 'guides' explaining how easily available equipment can be used to bring about her death, Theroux notes in a voiceover that:

'We've been advised not to show too much technical detail.'

Theroux and his team nonetheless went a long way towards demonstrating how the law can be circumvented - handily sharing the name of the organisation which performs this 'service'.

It is relatively clear that the 'exit guide' approach is somewhat off the beaten track in terms of assisted suicide on the west coast of America, but when Theroux says

'It was only the second time Brian and Lowrey had met her in person',

he fails to mention that this is fairly routine even for the established, legal assisted suicide regime. The 2017 report from Oregon's Department of Health makes clear that doctors are assessing and approving patients for death just a week after first meeting them. This is to say nothing of the fact that at least one doctor wrote 29 prescriptions for lethal drugs, averaging out to more than one a fortnight.

In his opening remarks, Theroux mentioned that assisted suicide can take anywhere from 30 minutes to '24 hours or longer', after ingestion of lethal drugs, to cause death. Towards the end of the programme, Gus, the third of those being followed, takes the drugs, dying after seven and a half hours. At around the four hour mark, though, Theroux spoke to a family friend who was a doctor, and who said the dose may have been inadequate and that if so, Gus could feasibly be responsive in a few days. It is extraordinary that this was not discussed further. In Oregon in 2017, there were reports of four patients suffering complications, including seizures and difficulty ingesting. We have no information regarding 101 of the 143 deaths, so that already disturbing number could conceivably be higher. Similarly, the report states that it took up to 21 hours for patients to die in 2017, but information is only available for 40 out of 143 patients. A highly regulated system? The Theroux documentary's approach to this issue, once Gus had breathed his last, was essentially all's well that ends well, but in adopting the pro-assisted suicide lobby's tactic of focusing on a few individuals, Theroux missed the broader picture.

Theroux suggested to Debra, who had a condition which included dementia-like symptoms and who felt increasingly isolated following the death of her husband, that memory support facilities might be a better response. She replied:

'Those facilities might be good facilities. They're also $5-6,000 a month and I don't even have that kind of money. Time frame wise, I would like to exit in the next 30 days.'

Theroux's UK audience have been subject to a long-running campaign to enact legislation based on Oregon's in the UK, it is appalling that no domestic contrast was drawn - to argue that Theroux's work stood above the fray would be naive in the extreme.

When the programme was being made, it was known that Noel Conway's legal challenge was making its way through the courts, and ultimately, it was broadcast just days before the Supreme Court was to rule on whether to hear a second appeal in his case. Lord Reith held that the BBC's role is to inform, educate and entertain; it is not to set the scene for one side in a fraught, live, moral debate at a particularly sensitive time.

The BBC is capable of better. Comedienne, actress and disability rights campaigner Liz Carr's BBC World Service documentary saw her visit places where assisted suicide and euthanasia are legal to better understand the reality. But that was not the box ticked, and if anything reinforces the BBC's problematic relationship with this debate: Liz's brilliant two-parter went out on Sunday afternoon on BBC World Service radio; Louis's documentary at 9pm on Sunday night television. These are not the corporation's only contributions, but it would perhaps be unhelpful to any defence to consider the issue's coverage in documentaries, soaps, medical dramas, films, sitcoms and on radio.

One positive takeaway from Theroux's programme should be that the BBC can follow up on the many interesting questions it raises.

Perhaps most importantly, these questions must be asked in the light of their being raised in the assisted suicide debate, rather than coverage of that debate remaining locked on to the emotion of hard cases.

We're hopeful - but not holding our breaths.


© Image copyright of IAB UK and licensed for reuse under Creative Commons License 2.0