'why these countries pass such laws, how they work and whether my concerns are justified' 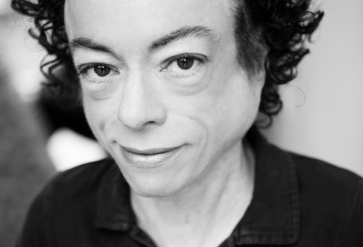 "Personally I wanted to call it Euthanasia Road Trip because that's what the two part programme is about - my trip during 2012 to visit the 5 countries where assisted suicide and / or euthanasia are legal.

"Thanks to support and funding from The Winston Churchill Memorial Trust fellowship, in July and August 2012 I visited Oregon and Washington State in the USA followed by a trip to Switzerland, Luxembourg, Belgium and The Netherlands in the Autumn. As someone concerned about the possibility of legalising some form of assisted death in the UK, I wanted to visit all the places where there is a law in order to find out why a country passes such a law, how they work in practise and to see if my worries and concerns are justified.

"I met over 40 people with varying perspectives on the subject and recorded all of my interviews in order to preserve this most amazing resource and to document this incredible personal journey. The result of these interviews is the two part documentary, "When Assisted Death is Legal". I ended up with over 60 hours of interviews that had to be squashed into 2 half hour programmes - I think it should be a 10 part series but then apparently not everyone is as passionate or as fascinated about this topic as I am! There are many points that haven't made it into the programme and it's perhaps not as 'funny' as you might expect but I do think the result is a thoughtful piece that gives a voice to people from both sides of the debate in a respectful and thought provoking way - something rare when the media usually cover this subject.

"In part one I travel to Switzerland - where assisted suicide has been legal since the late 1800's, then to Luxembourg who have the most recent law and finally to Belgium where you can only have euthanasia rather than assisted suicide. In part two, I head to The Netherlands - the country with the widest definition of people who can use their law before ending my trip in the USA where their laws only apply to those who are terminally ill.

"Surreal highlights include eating canapés at a cocktail party in a death clinic, even more surreal when someone asked me if I was 'suffering unbearably'; visiting the little blue house aka Dignitas with its shooting range across the road; providing decorating and design tips to the owners of a 'boutique' death clinic and heading to Disneyland Paris on a day off, riding the rides in my Euthanasia Road Trip t-shirt."

Both episodes are available to listen to at BBC iPlayer Radio: part 1 / part 2