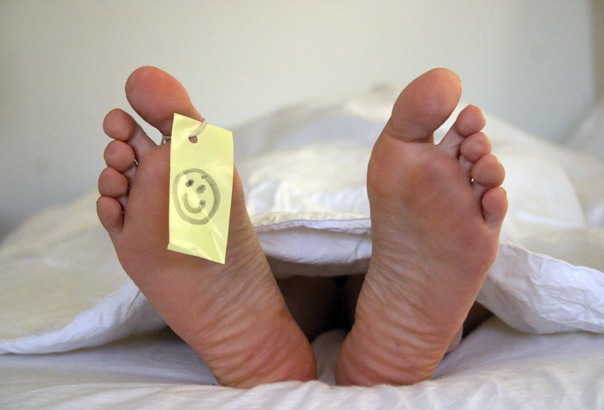 Early in the New Year, we asked whether the BBC was right to commission and broadcast a comedy series about assisted suicide. MPs including Mark Pritchard and Nadine Dorries agreed with us that the corporation's plans were concerning, and initial reviews indicated that the BBC had proven that 'some things just aren't funny'. We set out a number of concerns that we would assess over the six episode run. Having received considerable feedback on this issue this is our assessment.

Despite legitimate concerns that Way to Go would become another part of the BBC's bias in favour of assisted suicide, we were in fact impressed that certain aspects of the storyline indicated the many dangers of allowing individuals the power to 'help' end the lives of others. These included seeking out vulnerable clients in settings where they should be protected, failure to present alternatives credibly, sustained financial motivation and even subversion of their enterprise to 'see off' a blackmailer. The series did present a degree of 'normalisation', with no characters depicted voicing sustained opposition to their activities, and the boys' acknowledgement of the illegality of their actions was more akin to hapless car thieves 'avoiding the law'.

Whether assisted suicide is or can be a suitable topic for television comedy rests on whether the topic suggests humour - as sitcoms about families or workplaces do - or whether humour is then built into the chosen topic. Initial episodes juxtaposed sensitive scenes regarding assisted suicide with farcical and gratuitous scenes of a sexual nature, a clear indication that until the audience was better acquainted with the characters and the dynamics of their relationships, the comedy would be drawn from shock value and farce - but not found in the topic of assisted suicide itself.

Juxtaposing of scenes is an issue of direction. As to whether this shows sensitivity towards those who have faced these issues in real life, we would assert not: the writers and directors clearly recognised that assisted suicide was an angle for, not a source of, comedy. Commentators who claimed that this is a black comedy on a minor channel that no one was obliged to view, miss the key question: if a controversial topic is not naturally suggestive of humour, why give the impression that a source of great pain to many should be accepted as a groundsheet for experimental comedy? Was Mark Pritchard MP right in saying that 'assisted dying is now regarded... clearly as a matter of fun by some parts of the BBC'?

Guidelines for portrayals of suicide in the media, as published by organisations like the World Health Organisation and the Samaritans, draw attention to the important influence of popular culture on vulnerable people. Again, commentators have said that Way to Go is a comedy, and that no one would seriously be influenced by their portrayals of assisting suicide, but this series featured individuals who were isolated, depressed and - crucially - seriously ill, all sitting in homes like ours or yours. Presenting each case as a simple but wholly benevolent act raises considerable concerns about how the producers approached the project.

The question is not whether we enjoyed the actual comedy - tastes vary, and after six weeks, we quite liked Scott, Joey and Cozzo. The humour, however, was drawn from their lives and relationships, not from the subject that drew so much attention to the series. Our simple conclusion, then, is this: if you are a comedian and you find comedic and artistic merit in opening up a controversial topic - tread carefully, but have fun. If you are a comedian and all you can do with your controversial topic is to heap comedy upon it, look elsewhere. Leave it alone.