Critics reassess 'Amour' in the wake of its awards season prominence 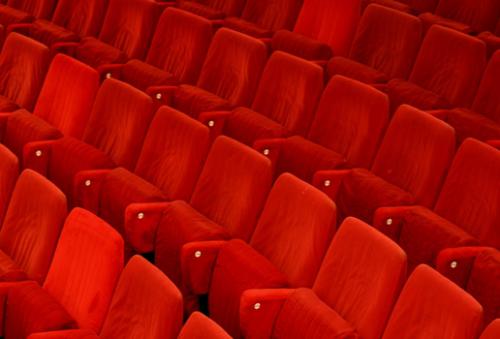 She has just written a brilliant review of the award winning film 'Amour' for the Guardian Film blog which is well worth reading.

Amour (literally, 'Love') is a 2012 French-language film written and directed by Michael Haneke which won the Palme d'Or (top prize) at the 2012 Cannes Film Festival and is now screening in Britain.

The narrative focuses on an elderly couple, Anne and Georges, retired music teachers with a daughter living abroad. Anne suffers a turn, from which she recovers and is then found to have a blocked carotid artery, but the surgery goes wrong leaving her partially paralysed and confined to a wheelchair.

She makes Georges promise not to send her back to the hospital or go into a nursing home but suffers a further stroke and her condition worsens.

Georges continues to look after Anne, despite the strain it puts on him to do so, until one day he grabs the pillow on the bed and smothers her with it.

The narrative is powerful in portraying the deep bond between the characters and understandably evokes a huge amount of sympathy for them. This naturally leads the viewer to be drawn to see Georges' ending of his wife's life as an act of love and compassion rather than one of desperation.

Gullette argues, 'For a film in which a husband murders his wife, Amour has been shown a lot of love. It was nominated for five Oscars, including best actress for Emmanuelle Riva, and best foreign language film, which it won.'

'But the manner in which the movie ends, and the apparent inevitability of such an ending,'she says, 'have gone largely unexamined'.

She then artfully probes and exposes the films unstated presuppositions that, by going unchallenged, subtly prepare the viewer to embrace euthanasia uncritically as a solution to irreversible disability:

'One of the implicit convictions of the film is that a carer - even one as assiduous as Jean-Louis Trintignant's Georges - will crack under the strain of caring for a stroke victim… yet the circumstances shown in Amour are highly unusual. Money is no object for this couple. The carer has no pressing health issues of his own. He is also a man. And, though highly educated, he is a man who apparently has never received any advice about caregiving.'

This set of circumstances, she argues, is rather contrived:

'Carers are now advised to arrange respite care: to get out, eat properly, enjoy a social life. It's understood that their own health and mental wellbeing is at stake. As well as this, Georges could easily have secured more help from other agencies… a daughter better educated about disability might have said words of love to her mother, and persuaded her - while it was still possible - to go out for tea, out in her wheelchair, to visit a friend. The family doctor, who makes house calls, could certainly have provided adequate pain medication for Anne; morphine could have eased her passing. Georges had more compassionate alternatives available to him than smothering his wife with a pillow.'

Gullette makes the point that the 'film's largely adulatory reception has implications for people with no knowledge of living with disability' and 'raises cultural risks in a western world that is already ageist, and in which stretched medical resources are meted out to older patients much less generously than to the young'.

The film is constructed in such a way that 'it becomes hard to disagree with Georges' masochistic choices, or even notice that he has broken down', whereas the reality is that 'many seriously ill people find the "morbid phase" of their lives well worth prolonging'.

By presenting 'a non-consensual termination of life as a solution for the carer: it justifies euthanasia' and in the fact that it has been 'so widely acclaimed while remaining so ill-examined' is, she concludes, 'a dangerous thing'.

'Amour', as previously noted, is a dangerously seductive piece of pro-euthanasia propaganda which will help fuel and justify elder abuse and will further erode the public conscience.

There are striking similarities with another made in Europe just over 70 years ago.

Ich klage an (Eng: I Accuse) is a 1941 film, directed by Wolfgang Liebeneiner, which depicts a woman with multiple sclerosis who asks her husband, a doctor, to relieve her of her suffering permanently. He agrees to give her a lethal injection of morphine while his friend (who is also a doctor) plays tranquil music on the piano.

The husband is put on trial, where arguments are put forth that prolonging life is sometimes contrary to nature, and that death is a right as well as a duty. It culminates in the husband's declaration that he is accusing them of cruelty for trying to prevent such death.

Ich klage an was actually commissioned by Goebbels at the suggestion of Karl Brandt to make the public more supportive of the Reich's T4 euthanasia program, and presented simultaneously with the practice of euthanasia in Nazi Germany.

Along with similar propaganda films it greatly influenced German public opinion, and it is therefore perhaps not surprising, then, that the first phase of the Nazi euthanasia program (titled Operation T4) actually began with parental requests for the 'merciful deaths' of their severely disabled or ill children.

As they say, 'the rest is history'.

The film was banned by Allied powers after the war.

Our current generation sadly is a long way from possessing the same courage or powers of discernment.