An edition of BBC Radio 4's 'Inside the Ethics Committee' brings together a less than objective panel to call for active, non-voluntary euthanasia 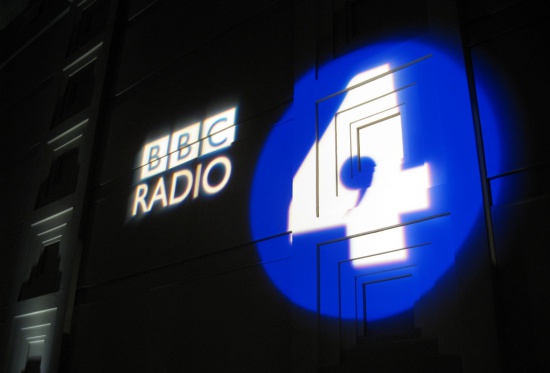 The 4 August edition of 'Inside the Ethics Committee' focussed on 'Permanent Vegetative State: Withdrawing Nutrition and Hydration', and considered the a real-life scenario:

A young man, Ben, is critically injured in a road traffic accident and is left in a coma.

The family are desperate to save him but, despite the efforts of his medical team, he doesn't recover.

He emerges from a coma into a vegetative state. He fluctuates between periods of sleep and wakefulness but is completely unaware of his surroundings.

After a year, the vegetative state he is in is deemed to be permanent.

Unable to articulate his wishes himself, Ben's family consider what is in his best interests. They believe he would find his day-to-day existence intolerable.

He can breathe for himself so the only treatment keeping him alive is the nutrition and hydration that he receives through a feeding tube into his stomach.

With no prospect of recovery, is it ethical to withdraw the nutrition and hydration that is keeping him alive?

The panel, chaired by known 'assisted dying' advocate Baroness Bakewell, was comprised of

Immensely qualified and respected in their fields, we have no doubt, but it takes just a few moments and a simple internet search to show that the contributors were all coming from one side of the debate. It was a panel Lord Falconer would have been proud of, and Dr David Albert Jones (of CNK member organisation the Anscombe Bioethics Centre) noted that

The suggestion of a lethal injection is not subtle, or else gently considered in passing, but direct - and, as Dr Jones suggests, is a standard example of a high profile advocate of so-called 'assisted dying' (Bakewell) demonstrating support for something far beyond the constraints recommended to Parliament:

Bakewell: Celia, what do the families feel might be a possible alternative? Do they feel that assisted dying would have been preferable to the withdrawal of food and fluid?

Kitzinger: They frequently make the point that the person is going to die anyway, from the moment at which the treatment is withdrawn, and that rather than protract it over the two to three weeks that it typically takes it would be kinder to give an injection.

Bakewell: Would you be prepared to do that Lynne?

Turner-Stokes: Yes, having managed a number of patients where we've withdrawn nutrition and hydration when they're in permanent vegetative state I'm aware that despite our best efforts we don't always get the palliative care as good as we should. And in this particular context where death is inevitable anyway actually as a compassionate doctor I feel that it probably would be the right way to manage it and if it were legal and providing I was certain that all the correct procedures had been gone through then yes I would be prepared to administer that injection in this particular situation.

(Listen to or read a full transcript of the episode)

That the BBC should make room for euthanasia advocacy is not news - there have been concerns about the corporation's approach to the issue for many years. This discussion was channelled through a biased panel, without challenge or recourse - in all aspects:

'The programme also included the imputation of dishonesty to people working in the care home, similar accusations against 'quite a few care homes', and allegations about comments made by the owner of the care home. There was no statement as to whether the owner had been given opportunity for redress. It is highly regrettable that the perspective of those who care for such patients day-in and day-out was absent. There was no reflection on why some in this role may not wish to see CANH withdrawn from the patients for whom they care.'

No one contends that these are simple issues, and of course the programme was not focused on euthanasia and assisted suicide, but there are enormous question marks hanging over the editorial approach to the episode - and it although it is frankly difficult at this stage to be surprised by the broadcasting of euthanasia-friendly content, this week's 'Inside the Ethics Committee' was deeply regrettable.


© Image copyright of Reith Lectures and licensed for reuse under Creative Commons License 2.0