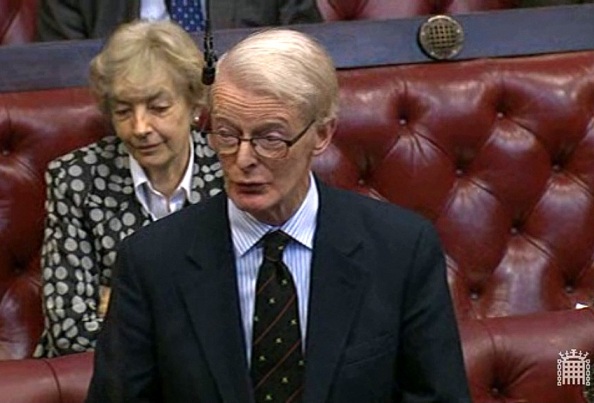 Speech highlights, with commentary in italics

Baroness Finlay of Llandaff: There is a tendency to think that people who are terminally ill are somehow a group distinct from others who are not, but the reality is very different.

Yes, there are people who were apparently healthy but have discovered that they have a malignancy or other condition that seems likely to bring about their death in the not-too-distant future. However, many more people have conditions—for example, multiple sclerosis, Parkinson's disease or heart disease—that are incurable and life-shortening and which, at some point in the future, can be expected to result in their death.

I have had many patients who I really thought were dying. I have sat the family down and told the patient that I really thought that their life expectancy was in months. However, by our going back and rigorously looking at things again with meticulous attention to detail, they have vastly outlived the prognosis, not only by months, but fortunately often by years, with a good quality of life.

I ask the noble and learned Lord [Falconer] to clarify whether the Bill is designed to include cases where the prognosis might be much longer. In his Second Reading speech, he suggested that the Bill purports not to do that. That is why I have proposed the insertion of the word "direct": the patient must be expected to die not because he is very old or has multiple co-morbidities but directly from that terminal illness.

Lord Butler of Brockwell (CB):Is it not right to remind the House that, if there is a misdiagnosis of that sort and survival continues, people are not obliged to take the final drug? It is just available to them. They can survive.

Baroness Finlay of Llandaff:I am grateful to the noble Lord for that intervention. If they have been misinformed—it is not the diagnosis of the disease that is wrong but the prognosis—and they then taken the lethal drugs, they are not there to outlive the wrong prognosis... Prognostication is reasonably accurate on the population level but, as the noble Lord, Lord Winston, has just illustrated, it is not accurate at an individual level at all. It is no better than tossing a coin. Indeed, different studies have shown that a prognostication expecting someone to live for more than a year is not too awfully wrong. Similarly, expecting somebody to die within a month is more likely to be accurate than inaccurate. However, in the interval in between you honestly could toss a coin on it. It is for that reason that I suggested that, if the prognosis in the Bill really is to deal with those people who are distressed during their dying phase, the prognosis section should be shortened to six weeks.

There are other aspects to prognostication that I will point out to the noble and learned Lord, Lord Falconer. The national clinical director for end-of-life care told the commission that he chaired that predicting the course of a terminal illness is "fraught with difficulty". In 2004 the RCGP made the same point to the Select Committee chaired by the noble and learned Lord, Lord Mackay:

"It is possible to give reasonably accurate prognoses of death within minutes, hours or a few days. When this stretches to months then the scope for error can extend into years".

The Royal College of Physicians, giving similar evidence, said that,

"prognosticating may be better when somebody is within the last two or three weeks of their life … when they are six or eight months away from it, it is actually pretty desperately hopeless as an accurate factor".

More recently, we have seen in the report from the inquiry into the Liverpool care pathway, chaired by the noble Baroness, Lady Neuberger, how prognoses of death within 48 hours have sometimes turned out to be wrong. The report called for further research into improving the accuracy of prognosis within the last weeks to days of life.

Yet, in the face of all this evidence, we are being asked to consider legalising assisted suicide or assisted dying for people with a prognosis of six months. The only conceivable explanation is that that is what Oregon's assisted suicide law says. However, Oregon's law has been shown to be fallible in the matter of prognosis. Oregon's own data show that the time from the first request to death by whatever cause, whether through physician-assisted suicide or natural causes, ranges from 15 to 1,009 days, which is two years and nine months.

When we legislate we need to know that there is accuracy attached to the terms. If we are asking doctors to make a declaration or statement of prognosis, they must at least know that there is some scientific basis behind it. In making a decision, there are three fundamental issues; first, the person must have accurate information; secondly, they must have the mental capacity to make that decision; and, thirdly, it should be voluntary and free of coercion. If you make the decision to end your life because you believe that what lies ahead in the next weeks and months is so terrible but, in reality, you might have improved dramatically and lived for years if you had had the care you needed, then I would say that you are not being supplied with accurate information and that it is therefore not a valid decision.


Lord Warner:...one review of evidence has found that fewer than one in four patients outlived the prognosis when their clinicians predicted survival of six months or less.

Lord Warner sought to counter Baroness Finlay's main thrust; we would contend that one in four is a huge proportion of patients concerned.


Lord McColl of Dulwich (pictured): I note that in August 2011, 13,400 individuals receiving attendance allowance in England and Wales were considered terminally ill under the benefits definition. That would be a substantial group of people who might reasonably be eligible to have their death hastened by assisted suicide. We need to be very clear what we are talking about in relation to a terminal illness and, at the moment, there is a lot of room for ambiguity. Ambiguity does not lead to safeguards.

I have been in practice for very many years and I still am. One of the things that always struck me was how wrong I was about trying to predict when a patient would die. I well remember a typical case of a lady who was only 28. She had inoperable cancer of her throat. She was in great distress, with pain and distressed breathing. I saw my job as a doctor to relieve all her symptoms, whatever the cost. I said to her, "If you like, I can put a needle into your vein and titrate you with heroin". Heroin is a marvellous drug. You have to dilute it in a large volume and not use the small volumes in the ampoule, because if a gun goes off you might suddenly give them too much too quickly. I titrated her and asked her to tell me when all the symptoms had gone.

Eventually she said, "Yes, that's fine". It was a huge dose of heroin. I had no problem about giving it. The strange thing was, not only did it not kill her, it gave her a new lease of life. It is unrelieved pain that is the killer.

[As to 'double effect',] The problem is that when you give these very powerful drugs, the symptoms are relieved but the patient is subject to the complications of being in bed for a long time, including clots in the veins of the legs. These may dislodge, go to the lungs and kill them, or they may develop pneumonia because their breathing is not quite as effective. Those are the complications but I resist the idea that I am deliberately killing them; I am deliberately relieving all their symptoms.

Right at the beginning of a very late diagnosis of leukaemia, my husband was told that there was only a 20% survival rate for that form of leukaemia and he was unlikely to be in that 20% because of the late diagnosis. Five years later, he received a letter, having gone through the dark hours of the night wanting to end his life in very much the way that the noble Baroness, Lady Campbell, alluded to in others but has obviously steadfastly and gallantly resisted herself. The letter said that, in fact, the survival rate had not been 20%, as he had been advised, but 47%—more than double what the survival rate was meant to be.

I simply make the point that terminal illness is hard to define, whatever we put into legislation. The fact is that medical science is moving fast, particularly in the treatment of cancer. These definitions are enormously difficult and I would ask noble Lords to reflect on the fact that survival rates can be very much higher after a relatively short period of time.


A particularly interesting intervention was that of Government Minister Lord Faulks, who, in acknowledging issues concerning diagnosis and prognosis, reminded peers of the view of the President of the Supreme Court:

Lord Faulks:The Committee might like to be reminded that the President, the noble and learned Lord, Lord Neuberger, commenting in the judgment on the Falconer commission and the six-month period, said:

"That would not assist the applicants".

I am sure that that is not in dispute. He went on:

"Further, I find it a somewhat unsatisfactory suggestion. Quite apart from the notorious difficulty in assessing life expectancy even for the terminally ill, there seems to me to be significantly more justification in assisting people to die if they have the prospect of living for many years a life that they regarded as valueless, miserable and often painful, than if they have only a few months left to live".

These are very difficult questions and I look forward to hearing the answer from the noble and learned Lord.

Much is made by the Bill's proponents of principles of compassion and mercy. How would they weigh these against the plentiful guarantees that their only interest is in legislating concerning those already nearing death? This was an apposite contribution considering Baroness O'Neill's earlier comments; the cautions of campaigners for disabled people like Lady Campbell may yet prove tragically prophetic.


Further highlights from the Falconer Bill's second day in committee: