Hospice care: into the abyss

Dr Jeff Stephenson, Medical Director of St Luke's Hospice in Plymouth, describes the challenges palliative care might be facing in 20 years time - in a Britain where assisted suicide is legal. 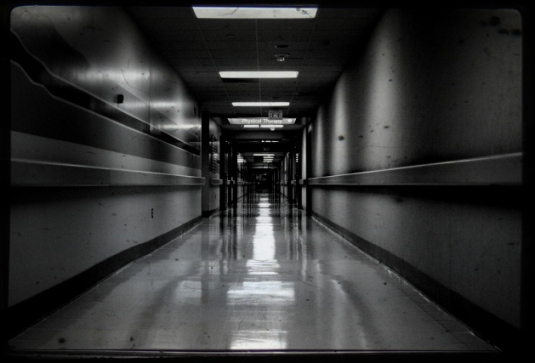 Set to form one chapter of his new book, Jeff Stephenson's 'St Julian's Hospice opens 'Dignity in Choice Centre' (October 2035)' (written under the pen name David Trevelyan) has also been published by eHospice.

For David Trevelyan, Medical Director, today was the culmination of a series of lost battles in the boardroom over the years. Slowly but surely he had seen the hospice move in a direction that he felt instinctively was wrong, and the trajectory had been defined by one or two key decisions going back many years at a time when a choice had to be made about the role of the hospice in a changing health and social care context. The last two decades had seen a dramatic increase in the proportion of elderly people in the country, with a higher level of chronic illness and disability, and dementia in particular, in the months and years before death. With changes in family structures and a 'top heavy' population more and more people were living and dying alone with reduced access to family and other informal carers.

For too long a lag time paid carers remained undervalued within society and the gap between need and supply widened leading to significant hardship for many who desperately needed such support. This had been compounded by the increasing profile of private enterprise within the care sector and the drive for profit. Many family members felt an emotional pull to help plug some gaps in caring for their loved ones in the last weeks and months of life, but couldn't afford to leave their employment to do so, with resulting pressure on the government to radically rethink its provision of end of life care. Such care increasingly became too expensive for the government to fund, and anything over and above a basic level of funding had to be topped up by patients and families either directly before or after death, or indirectly across the board by means of tax hikes. Another economic recession further dented the nation's ability to pay for it's chronically infirm, with diminishing pension pots, constraints on public spending and cutbacks in charitable giving.

Many hospices, including St Julian's, when faced with pressure on funding and increasing demand chose to do what they had always done well and focused services on hospice beds. They continued to provide a Rolls Royce service for a lucky and decreasing proportion of those in need. As a result, over time they became largely irrelevant in the care economy. David had argued strongly that they needed to take the focus off the beds and instead act as a hub providing coordination and information, investing in the wider community through education and training in order to help equip and mobilise communities to care for their own. But his pleas fell on deaf ears. For many it was too much of a move away from the way they were comfortable in working. The perceived risk was too great. The result was that St Julian's began to focus on inpatient care, shrinking back to cancer and a few other diagnoses with clearly defined illness trajectories, and nowhere near enough beds to meet the demand so there was always a long waiting list for people wanting admission. Fundraising became more and more of a struggle; that is, until the Mandate.

The law had changed to allow assisted suicide about fifteen years ago. Initially it was very restrictive, intended for a carefully defined group of people who were terminally ill and suffering unbearably. And the line was held for a few years with only very small numbers of people opting to die via that route. However, as many had predicted, there were gradual extensions of the law to allow a wider group of people to avail themselves of it. There were legal challenges on behalf of suffering patients who were not close to death, and then patients who lacked the capacity to ask for it themselves but who were perceived to be suffering unbearably. There was then a gradual cultural shift. Medical students learned about it as an important option for patients, an extension of choice, and gradually many doctors were comfortable in discussing it and offering it to some of their patients. With the financial pressures, patients and their families could see the advantages of an early exit, and gradually it came to be seen as a noble and praiseworthy form of death, while a lingering one was self-indulgent and unnecessary. For many it was a welcome alternative to a miserable existence with inadequate care for the last months of their lives. Pretty soon the demand was such that a coordinated approach to the service was needed.

Then the government issued the Mandate. Firstly, the option was extended to anyone who had a chronic incurable life-limiting illness, at whatever stage of that illness - and the definition of this was applied very loosely. Secondly, private enterprises could provide such services for a fee, which the government would subsidise. It made economic sense, both to individual finances and the government purse. A host of service providers emerged from the dust of the ethical furore that resulted, as pragmatism carried the day. Some assisted dying services provided a basic 'day service' modeled on the original Dignitas clinic in Switzerland, now revered in assisted dying folklore. Others were more adventurous, and some hospices had found another niche.

The extension of hospice services to assisted dying was argued to be a logical expansion of patient choice at the end of life, and who better to manage that than the experts in dying? St Julian's 'Dignity in Choice Centre' would offer a host of 'Death with Dignity Programs', managed bespoke dying experiences with residential packages of varying length and cost, so that patients and their families could share precious final days and hours in ways that would enhance meaning and create memories of a good death. The centre would be run as a separate commercial business, with all profits going back into the St Julian's Hospice charity. As a venture it was daring and worthy of the pioneering spirit that put hospices on the map. And it would secure the future of St Julian's in a way that nothing else had come close to doing.


We thank Jeff for his permission to reproduce this piece - and for his work in the care of dying people in the south-west of England.


© Image copyright of 'Mike' and licensed for reuse under Creative Commons License 2.0