APM members' strong 'no' to Lords

82% of Association for Palliative Medicine members oppose a change in the law on assisted suicide, with 72% saying passage of a Falconer-type bill would have an adverse effect on the delivery of palliative care 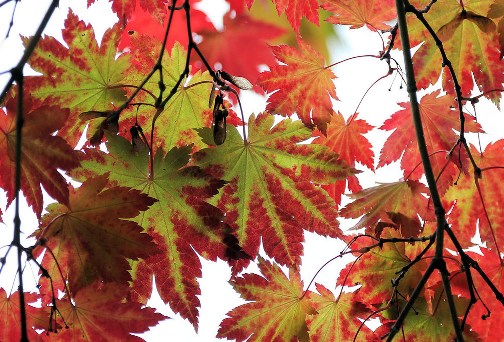 Released to coincide with the January 16 second day of the Falconer Bill's committee consideration, the Association for Palliative Medicine survey (to which more than 360 of the APM's 1,100 members responded) makes clear that those who are most closely involved in the care and treatment of those nearing the end of life continue to believe that legalising assisted suicide would do their patients and their profession a grave disservice. From the APM press release:

The APM survey went on to ask "If Parliament decides to change the law in the UK to allow assisted suicide, should it be within routine medical practice or should its assessment, approval and implementation be entirely outside the sphere of medicine, for instance in the family court?" Eighty two percent responded that it should be outside of medicine, with only 5% responding it should be part of routine medical practice. Seventy-two percent believed that such legislation would have an adverse or very adverse effect on the delivery of palliative care, including the care given by hospices.

Less than 4% of practising doctors who responded would be willing to participate fully in the implementation of such legislation, by assessing and deciding suitability, recommending to the court and prescribing lethal medication as envisaged by the Bill currently before parliament. This questions the practicality of implementing such legislation.

The full questions and answers were:

Do you think that the law in the UK should be amended to allow Assisted Suicide as proposed in Lord Falconer's bill?

Doctors currently licensed to practice: If Assisted Suicide became legal in the UK in the current bill you would be able to limit your involvement to the level your conscience permitted. So would you personally be prepared to:

a) Participate fully in its implementation by assessing and deciding suitability, recommending to the court and prescribing lethal medication?

b) Assist the court by preparing judgements to the court to support the court's decision (e.g. Assessment of capacity, fixed will, and degree of coercion)?

What impact do you think the passing of this bill, or similar one legalising assisted suicide, would have on the delivery of palliative care including the care given by Hospices?

The results confirm those of other surveys of groups of doctors which show that the majority of doctors are opposed to a change in the law to legalise assisting suicide, and especially physician-assisted suicide. Furthermore, amongst those who do support a change in the law a significant proportion do not think that medicine should be involved in the process, either through approval of requests or the implementation process. The vast majority of doctors would not be willing to actively participate were physician-assisted suicide to be made legal. Finally, the more a doctor specialises in caring for seriously-ill patients whose lives are drawing to an end, the more strongly he or she is likely to oppose a change in the law.

'Palliative physicians dedicate their working lives to helping patients with incurable illness live as well as they can for as long as they can. We accept where death is imminent, and help them to live those dying days in as much comfort and dignity as possible.

'These results give a clear message to legislators. Those who care for terminally ill people day-in day-out believe society should be supporting people at this time in their lives, not putting them at risk. They also make clear that if society does want to legalise assisting suicide, this should not be part of medical practice. People need to be confident that the doctor is there to care for them whatever happens, not to kill them.

'We need to ensure that all patients, whatever their care setting, have equitable access to the care and support they need at the time when they need it and end the postcode lottery in specialist palliative care provision.'

'As a hospice doctor and National Director for Hospice Care for Hospice UK, I agree with the majority of palliative care doctors who feel that assisting suicide will have an adverse effect on hospice care. I am concerned it would undermine the learning, the care and potential of the hospice sector to care for more people.'

© Image copyright of Edwyn Anderton and licensed for reuse under Creative Commons License 2.0