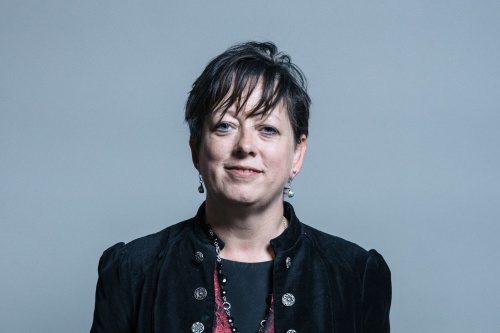 Jackie Doyle-Price the UK's first suicide prevention minister should clamp down on the "irresponsible" portrayal of suicide in the media and encourage programme makers to discuss end of life care instead, says Care Not Killing.

The announcement of the ministerial appointment was made last week by Secretary of State Matt Hancock at a Government sponsored mental health summit, attended by the Duke and Duchess of Cambridge to coincide with World Mental Health Day.

The Campaign group, which represents around 40 organisations, highlights the output from the BBC as an example of the one sided reporting around the debate on assisted suicide.

'In the last decade the Corporation has screened dozens of docudramas, documentaries and news items that portray assisted suicide in a positive light and do not give the opposite perspective, or equal weight to those who oppose facilitating suicide. Coverage by the BBC was even cited in at least two cases as contributing to a real suicide[1]or leading to the contemplation of suicide[2] as a solution.'

'Research in the UK, USA and other countries strongly indicates that media representation can and does lead to copycat behaviour, known as the Werther Effect or suicide contagion. Those most affected appear to be young people and the risk seems to be greater when there is a feeling of identification, such as in the case of a celebrity death by suicide, or the death by suicide of an attractive fictional character. This is why both the WHO and Samaritans urge caution in how suicides are reported and or portrayed in the media.'

Indeed the BBC issued its own editorial guidelines on portrayal of suicide, which are clear:[3]

This mirrors advice from the WHO, which in a document entitled 'Preventing Suicide: A Resource for Media Professionals'. It says:[4]

'Over 50 investigations into imitative suicides have been conducted. Systematic reviews of these studies have consistently drawn the same conclusion: media reporting of suicide can lead to imitative suicidal behaviours. These reviews have also observed that imitation is more evident under some circumstances than others.'

It also makes the point that 'the degree of publicity given to a suicide story is directly correlated with the number of subsequent suicides It summarises its conclusions as follows:

The WHO guidance gives a set of guidelines to media professionals as listed below:

'Stories about individual suicides should be presented with care. How you choose to report on it can potentially save lives. The terrible truth is that people who are already feeling suicidal sometimes take their own lives after seeing media coverage of other suicides.'

'As the Royal College of Physicians said, depression is well known to have at its core hopelessness, suicidality andanhedonia, all of which put patients at particular risk of seeing their lives as no longer of value, quality or worth. This is why we urge Mrs Doyle-Price to engage with programme makers and media outlets, reminding them that irresponsible portrayal can cost lives.

'This is why Parliamentarians acknowledge that there is no safe system of assisted suicide and euthanasia anywhere in the world, that changing the law would send out a negative message about those who are terminally ill, disabled or old and would pressure some into ending their lives because they feel that they have become either a financial or care burden. As 11 times medal winning Paralympian Tanni Grey-Thompson commented: "Legalising assisted suicide will only serve to reinforce deep seated prejudices that the lives of sick and disabled people aren't worth as much as other people's."

'As we have seen in both Oregon and Washington, the majority of those opting to end their lives cite the fear of becoming either a care or financial burden on their families and carers as a reason to kill themselves.'

'I hope Mrs Doyle-Price will take up this issue. Who knows perhaps one day the BBC might even screen a celebrity backed documentary about palliative care and challenging those who want to remove universal protections from the disabled people.'


© Image copyright of UK Parliament and licensed for reuse under Creative Commons License 3.0