Care Not Killing, which intervened in the case of Noel Conway at the High Court and Court of Appeal, responds to the Supreme Court's decision not to hear a further appeal 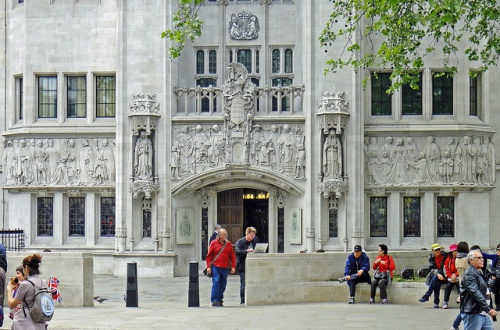 The Supreme Court is right to reject this dangerous attempt to legalise assisted suicide after Parliament has repeatedly rejected changing the law, says Care Not Killing.

This latest case brought by lawyers acting for Noel Conway was seeking permission for a full appeal. This ruling by Lady Hale, Lord Kerr and Lord Reed upholds the previous decisions by Parliament and judges who held that the current law protects vulnerable and disabled people from being pressured into ending their lives.

The judges, rejected the arguments of Mr Conway's legal team who claimed that the current blanket ban on assisted suicide under the Suicide Act is incompatible with his right to private life.

It upholds the decision by the Court of Appeal, which rejected the same arguments in June this year. In that ruling the judges concluded that the current blanket ban on assisted suicide achieves a fair balance between the interests of the wider community and the interests of people in the position of Mr Conway. They cited the need to protect vulnerable people, the importance of the sanctity of life and the need to protect the doctor patient relationship.

'The judges, parliamentarians, doctors and disability rights groups are all in agreement - that the safest law is the one we currently have. It carefully balances an individual's rights with the need to protect vulnerable people, who could feel pressured into ending their lives. We have seen in the US States of Oregon and Washington that the fear of becoming a financial, or care burden is cited by more than half of those choosing to end their lives.

'And it is not just in US where we have seen disturbing developments, once safeguards have been removed. In Holland and Belgium, a law introduced to alleviative the suffering of mentally competent adults is routinely used on non-mentally competent adults and even children. This why in this area the blanket ban is the right approach and we welcome the Supreme Court's decision to reject this dangerous change.'

© Image copyright of Gareth Williams and licensed for reuse under Creative Commons License 2.0