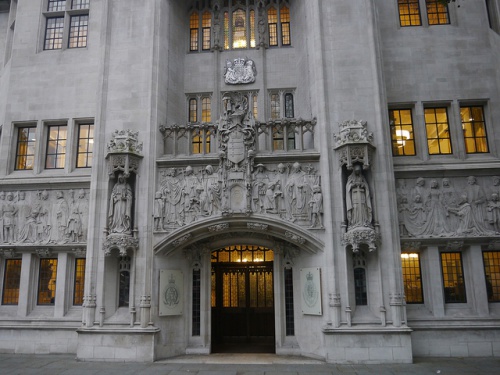 After advertising* for an individual to front a new court case, Dignity in Dying - formerly the Voluntary Euthanasia Society - announced on 6 January 2017 that Noel Conway, a then 67-year old Shrewsbury man living with Motor Neurone Disease, would seek a declaration of incompatibility between section two of the Suicide Act (the ban on assisted suicide) and article eight of the European Convention on Human Rights (respect for private and family life). At the time (almost two years ago), Mr Conway was said not to be expected to live beyond twelve months and his legal team hoped to legalise assisted suicide for those said to have six months or less to live. The case was initially declined permission to be heard; then, after a four day hearing was rejected by the High Court in October 2017. An attempt to overturn the ruling failed when the Court of Appeal upheld the earlier judgment in June 2018, with judges saying:

Care Not Killing intervened at both the High Court and Court of Appeal.

Now, the Supreme Court has declined to hear a further appeal. The President and Deputy President of the Court, Baroness Hale and Lord Reed, alongside Lord Kerr, heard oral submissions on Thursday 22 November, during which Lord Pannick (lead counsel for Mr Conway) said that should an appeal be allowed, Paul Lamb - who joined the case of Tony Nicklinson - would seek to intervene. The judges announced today (27 November 2018) that:

'the question for the panel is whether the prospects of Mr Conway's succeeding in his claim before this court are sufficient to justify our giving him permission to pursue it, with all that that would entail for him, for his family, for those on all sides of this multi-faceted debate, for the general public and for this court. Not without some reluctance, it has been concluded that in this case those prospects are not sufficient to justify giving permission to appeal.'

'We will now turn our attention back to Parliament and demonstrate to MPs the strength of support for assisted dying.'

It should be noted that the Conway case began as a recognition that Parliament was clearly opposed to a change in the law: after months of public engagement and hours of informed and impassioned debate, MPs threw out Rob Marris's Assisted Dying (No 2) Bill 330-118 on 11 September 2015 after a 2014 Supreme Court ruling that it was for Parliament to determine the matter. While we have no doubt that assisted suicide proponents will work hard to change the law, they face a recurring problem: when the issue of assisted suicide and euthanasia is considered not in the heat of heart-rending individual stories but in the light of the facts and evidence concerning the dangers of assisted suicide, judges and MPs rightly say no to uncontrollable, unethical and unnecessary legal change.

© Image copyright of Jay Galvin and licensed for reuse under Creative Commons License 2.0