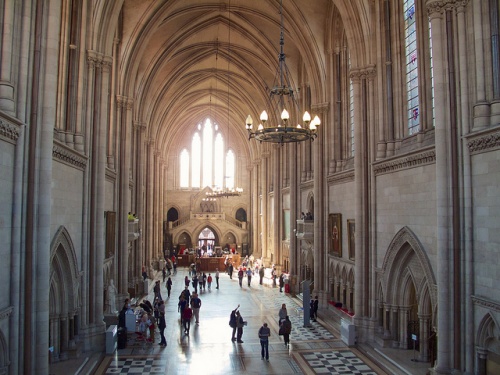 Noel Conway's case for judicial review of the blanket ban on assisted suicide was heard at the High Court over the course of four days beginning 17 July. He was supported by Dignity in Dying in his claim against the Ministry of Justice, with Humanists UK (until this year known as the British Humanist Association) intervening in his favour and CNK (represented by David Lawson and David Foster) and our friends at Not Dead Yet UK intervening in favour of the current legal settlement.

The case was based on three key legal texts. Mr Conway wanted the court to agree that section two of the 1961 Suicide Act -

'(a)D does an act capable of encouraging or assisting the suicide or attempted suicide of another person, and

'(b)D's act was intended to encourage or assist suicide or an attempt at suicide.'

- was incompatible with article eight of the European Convention on Human rights (right to private life):

'1. Everyone has the right to respect for his private and family life, his home and his correspondence.

'2. There shall be no interference by a public authority with the exercise of this right except such as is in accordance with the law and is necessary in a democratic society in the interests of national security, public safety or the economic well-being of the country, for the prevention of disorder or crime, for the protection of health or morals, or for the protection of the rights and freedoms of others.'

'The enjoyment of the rights and freedoms set forth in this Convention shall be secured without discrimination on any ground such as sex, race, colour, language, religion, political or other opinion, national or social origin, association with a national minority, property, birth or other status.'

- but desisted in the course of the hearing.

'It is legitimate in this area for the legislature to seek to lay down clear and defensible standards in order to provide guidance for society, to avoid distressing and difficult disputes at the end of life and to avoid creating a slippery slope leading to incremental expansion over time of the categories of people to whom similar assistance for suicide might have to [be] provided... we find that section 2 is compatible with the Article 8 rights of Mr Conway. We dismiss his application for a declaration of incompatibility.'

Selected passages from the judgment

(Mr Strachan and Mr Gordon were, respectively, lead counsel for the Ministry of Justice and Noel Conway.)

'Mr Strachan accepts that the prohibition against assisting suicide set out in section 2 represents an interference with Mr Conway's right to respect for his private life in Article 8(1)... [but] submits that section 2 is compatible with Article 8 and not in violation of it because the interference with Mr Conway's right under Article 8(1) is justified under Article 8(2). The compatibility of section 2 with Article 8 was confirmed by the European Court of Human Rights ("ECtHR") in the case brought in Strasbourg after the domestic decision in Nicklinson... In particular, on Mr Strachan's submission, section 2 is a provision which meets the relevant standard of being "necessary in a democratic society" as a proportionate measure "for the protection of health", "for the protection of morals", and "for the protection of the rights of others." Although section 2 is a general or blanket prohibition, Parliament is entitled to regard it as necessary as a protection for the weak and vulnerable. It is also entitled to regard it as a measure which gives proper respect to the sanctity of life. Section 2 also reflects and gives reassurance to patients regarding the ethical standards which medical practitioners will apply in their cases and thereby promotes trust between doctors and patients and safeguards the provision of appropriate healthcare.'

'Mr Gordon suggested that many doctors already actively assist their patients who wish to commit suicide to do so... On the evidence before us, we do not accept this. Baroness Finlay cited a 2009 research paper which found no instances of physician assisted suicide which had occurred in practice in this country and concluded that in Britain euthanasia and physician assisted suicide "are rare or non-existent".'

On the much vaunted six month criterion:

'Mr Strachan says that the criterion that assistance for suicide would only be available to individuals with less than six months to live would not be capable of being applied with any certainty. Medical science does not permit such an assessment to be made with any degree of accuracy. There is force in this point... [as in] Baroness Finlay's assessment that time of death for a particular individual with MND cannot be predicted with any reasonable accuracy. Professor Barnes confirmed that it is not possible to find it out from testing simple biomarkers and that prognostication of time of death would be a very difficult matter of clinical judgment. Professor Stebbing also gave evidence that "a clinician's prediction is not a very reliable or robust method of predicting survival."'

Besides our work in court, Care Not Killing representatives gave media interviews at the time for broadcasters including the BBC, ITV, Channel 4 and Sky. Campaign Director Dr Peter Saunders said in our press release today:

'We welcome the decision by the High Court to completely reject this attempt to change the law and hope that as a society we can now turn our attention to the important issue of ensuring the highest level of palliative and social care for disabled people, the terminally ill and how we fund that.'

Of course, this case was never simply about just Mr Conway, but the principle that a doctor should be allowed to assist their patient's suicide. We have seen the evidence, assessed the risk - and with the help of our supporters continue to act. Please consider donating to our work.