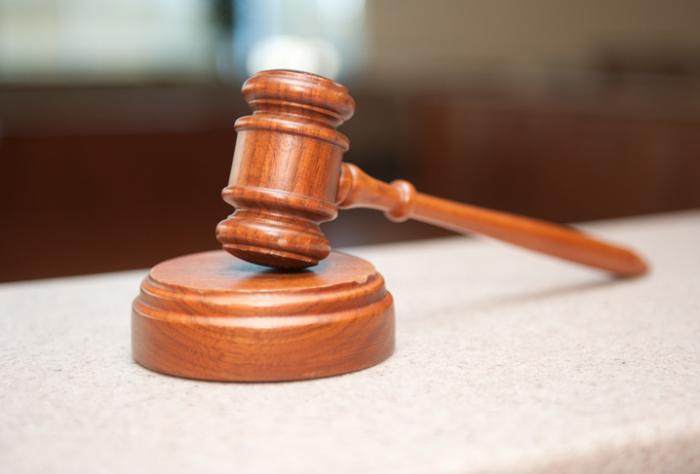 A 57 year-old man, who was almost entirely paralysed in a road accident 23 years ago, is now seeking permission for a doctor to give him a lethal injection to end his life.

Paul Lamb, who up until the lifting of an anonymity order this week has been known only as 'L' (see previous reports here, here and here), has gained permission to join the right-to-die campaign started by Tony Nicklinson, a locked-in syndrome sufferer who died last year after an unsuccessful court challenge.

As a result of his accident, Lamb - a divorced father-of-two - has been left with quadriplegia and has no function in any of his limbs apart from a little movement in his right hand.

He requires 24 hour care but can speak and is able to eat, to operate a computer and telephone using an electronic device and to control, with assistance, an electric wheelchair.

Lamb requires a permanent urinary catheter and has pain which is difficult to control. He now feels there are 'too many negatives', claiming to be 'worn out' and 'genuinely fed up' with his life.

His case will be joined to that of Jane Nicklinson, widow of the late Tony Nicklinson, and will be heard in the Court of Appeal in the week of 13 May.

Tony Nicklinson's case was originally rejected by the Divisional Court in August last year and he died less than a week later, on 22 August 2012.

Nicklinson had argued for his GP, or another doctor, to be able to end his life on the basis that the common law defence of 'necessity' was available to a charge of murder in a case of voluntary active euthanasia provided that the Court had sanctioned the act in advance (see more on this here). He had also appealed to Article 8 of the European Convention (right to private and family life).

The three judges in the case admitted that Nicklinson was in a 'terrible predicament' and described his plight as 'deeply moving and tragic' but unanimously agreed that the current law did not breach his human rights and that it was for Parliament, not the courts, to decide whether it should be changed.`

But Paul Bowen QC, counsel for Lamb, has said that he will be asking for this high court decision to be set aside and for the case to be sent back to a different panel of judges to be reconsidered.

Both Jane Nicklinson and Paul Lamb intend to advance arguments under Article 8 and Lamb will also argue for the right to have a lethal injection on grounds of 'necessity'.

The key point to grasp about this case is that Lamb is arguing not for assisted suicide (help to kill himself) but for euthanasia (giving a doctor the power and authority actively to end his life). He claims that he would be incapable of killing himself even with assistance (although this is in itself questionable given that he appears to be capable of sucking with a straw).

The case therefore threatens to drive a coach and horses through the murder law (rather that the Suicide Act).

It could effectively create a legal precedent for anyone who, according to Tony Nicklinson's words, is suffering from 'a medical condition that causes unbearable suffering', when there are 'no alternative means available by which his suffering may be relieved', who has made a 'voluntary, clear, settled and informed decision' to end his life to be given a lethal injection by a medical doctor 'who is satisfied that his or her duty to respect autonomy and to ease the patient's suffering outweighs his or her duty to preserve life'.

That is actually a very wide category of people indeed, far wider than any category yet suggested by anyone bringing a bill before any British parliament.

It would also be easily amenable to further incremental extension through the courts. What if a person fulfils all these conditions but is not mentally competent? Or chooses not to try 'alternative means' like palliative care? Or is a minor? Or suffers from a mental illness? Or has dementia? Or could a non-doctor do it? Or might someone claim after death that the conditions applied (when the patient and key witness is already dead)? These are the sort of extensions that we are already seeing in countries like Belgium and the Netherlands which have adopted laws far less radical than this.

Is it any wonder that the Ministry of Justice, the Attorney General and the Director of Public Prosecutions are all opposing him?

Paul Lamb is proposing a far-reaching legal change that would remove legal protection from a large number of vulnerable elderly, disabled and sick people. How many of these could then feel pressure, whether real or imagined, to end their lives so as not to be a financial or emotional burden on others? The so called right to die can so easily become the duty to die.

There are also many people who already stand to gain financially or emotionally from the death of particular elderly or disabled family members and they do not need encouragement. This is why the present law is necessary. Through the penalties it holds in reserve, it acts as a powerful disincentive to exploitation and abuse whilst giving some prosecutorial and judicial discretion in hard cases. It provides the best balance and does not need changing.

Furthermore, a time of economic recession, when many families are already under pressure from rising costs and when unemployment and benefit cuts and health budgets are being squeezed, is the very worst time to be considering such a change in the UK.

We need also to take warning from the rapid incremental extension of euthanasia observed in both Belgium and the Netherlands, two European jurisdictions which have legalised it since 2000.

In the Netherlands cases of euthanasia have increased 15-20% every year since 2006 and in Belgium there was an increase of over 4,600% between 2002 and 2011. And there is now pressure to liberalise the law even further.

More than that, as the Ministry of Justice has already argued, Parliament and not the courts is the proper place to be making such serious decisions. But parliamentary measures attempting to legalise assisted suicide have already been rejected three times by British Parliaments since 2006 over concerns about public safety.

They have also been strongly opposed by medical bodies including the BMA and Royal Colleges along with every major disability rights organisation in the UK.

That is precisely why this current campaign is being waged via the courts. Lamb's legal team would like the courts to examine 'the substantive evidence' and make a decision that is actually the proper province of parliament. This is because they believe that the courts provide an easier path to fulfilling their agenda.

It is noteworthy that Dignity in Dying, the former Voluntary Euthanasia Society, is not backing this case because Lamb is not terminally ill and is seeking euthanasia rather than assisted suicide. Even they see this as far too big a step.

Instead Lamb is being supported by the British Humanist Association, which has a far more radical agenda and is intervening on his behalf.

The lifting of Lamb's anonymity order has effectively passed him the campaigning baton previously held by Nicklinson and the launch of the campaign has been timed to have maximal impact leading up to the Court case in May and the launch of Lord Falconer's new assisted dying bill in the same month.

Campaigners also know that giving the campaign a human face will help to gain public support for a change that would otherwise be unthinkable.

There will be very few people who will not feel sympathy for Paul Lamb, but we must not allow ourselves to be swayed by his tragic personal circumstances into welcoming a legal change that would have such dangerous repercussions for so many vulnerable elderly and disabled people.

Despite the media hype, the Court of Appeal should give Lamb's high profile campaign the same short shrift that the Divisional Court gave Tony Nicklinson.