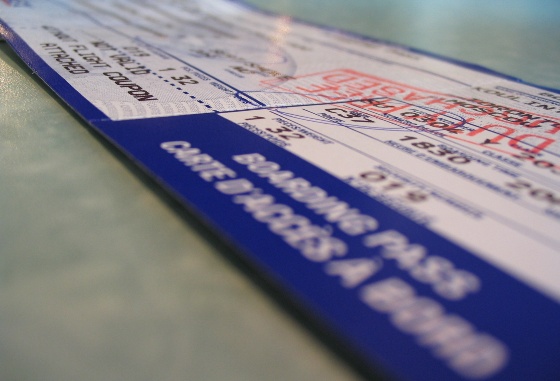 The Sunday Times (£) reported yesterday (Sunday 17 March) that an 83 year old British man with dementia is to travel to Switzerland for an assisted suicide. If he does so, he will become the first known Briton suffering from the condition to die at Dignitas, the Swiss suicide organisation.

The professional man, whose dementia is at an early stage, has apparently obtained a report from an (as yet unnamed) London psychiatrist that states he is 'mentally competent' to decide to end his life.

He says he cannot face suffering more advanced dementia, nor the strain it will place on his loved ones.

Michael Irwin, a retired GP and co-ordinator of the 'Society for Old Age Rational Suicide' (SOARS), which campaigns for elderly people to have the legal right to have help to kill themselves - even if their medical conditions are not life-threatening - is helping the man with his travel arrangements and appears to be the source of the story.

Irwin argues that the elderly may prefer resources that would be spent on their healthcare to instead go to their grandchildren.

'The desire to "stop being a burden" on one's family, and to avoid squandering financial resources perhaps better spent on grandchildren's further education, could become the final altruistic gesture… Part of what makes a patient's suffering intolerable could be the realisation that it is . . . ruining other people's lives. Then, a doctor assisted suicide could be a rational moral act.'

Irwin was previously head of the Voluntary Euthanasia Society (now euphemistically rebranded 'Dignity in Dying'(DID)). His new organisation SOARS uses the same arguments as DID but has a more radical agenda, believing that assisted suicide should be available for all elderly people, whether terminally ill or not. Irwin was previously struck off the medical register by the General Medical Council in 2005 for trying to help a friend kill himself. He admitted obtaining sleeping pills to help his friend die and a GMC panel found him guilty of serious professional misconduct.

He has since helped no less than nine people kill themselves,previously begging the Director of Public Prosecutions (DPP) to put him away so that he could become a martyr for the pro-euthanasia movement.

Irwin has curiously however not been prosecuted for any of these cases on the basis that he has not fulfilled the DPP's criteria for a prosecution being in the public interest.

The DPP sets out these criteria in his 'Policy for Prosecutors in Respect of Cases of Encouraging or Assisting Suicide'.

Assisting or encouraging a suicide is a criminal offence which potentially carries a custodial sentence of up to 14 years under the Suicide Act 1961. But prosecutions can only take place on the authority of the DPP. It is very important to note that since 2009, when the Act was amended, the offence of encouraging or assisting suicide can be committed even where a suicide or an attempt at suicide does not actually take place.

The DPP has to decide in a given case both that there is enough evidence to bring a prosecution and also that it is in the public interest to do so.

Irwin has escaped prosecution before under these criteria and it seems likely that he may do so again.

But the unnamed London psychiatrist who allegedly provided the report to say that this man with dementia is mentally competent enough to have assistance to kill himself in Switzerland is in a different position altogether.

The DPP guidance makes it clear that 'a person who does not do anything other than provide information to another which sets out or explains the legal position in respect of the offence of encouraging or assisting suicide under section 2 of the Suicide Act 1961 does not commit an offence under that section.'

It was on this basis that theUK General Medical Council on 31 January this year advised that doctors 'who provide access to a patient's records where a subject access request has been made in accordance with the terms of the Data Protection Act 1998' are unlikely to face scrutiny.

However, this psychiatrist seems to have done more than that.

One of the DPP's criteria that makes a prosecution more likely is that 'the suspect was acting in his or her capacity as a medical doctor, nurse, other healthcare professional, a professional carer [whether for payment or not], or as a person in authority, such as a prison officer, and the victim was in his or her care.'

In line with this, the GMC, in its own 6-page guidance for pre-hearing investigators, makes it clear that censure, including being struck off the medical register, is probable when:

It is also 'likely' when a doctor is:

The police and the GMC both need to investigate this psychiatrist who, if the reports in the Sunday Times are correct, may well have committed the criminal offence of encouraging or assisting suicide even though the man in question has not yet travelled to Dignitas.

As CNK Campaign Director Dr Peter Saunders told the Sunday Times earlier this week, 'we've seen in European countries that have legalised euthanasia that once you allow it in any circumstances at all you inevitably end up widening the category of people to be included'.

This case shows that if we were to change the law in this country there would be pressure to apply it to dementia patients as is already happening in the Netherlands.

Our current law provides the right balance. On the one hand the penalties it holds in reserve act as a powerful deterrent to exploitation and abuse. On the other hand it gives some discretion to prosecutors and judges in dealing with borderline and hard cases. It does not need changing.

Any change in the law would inevitably place pressure on vulnerable people to end their lives for fear of being a burden upon loved ones and this pressure would be particularly intensely felt at this time of economic recession when many families are struggling to make ends meet.