Irish Supreme Court rules that there is "no explicit right to commit suicide, or to determine the time of one's own death" in Ireland's Constitution. 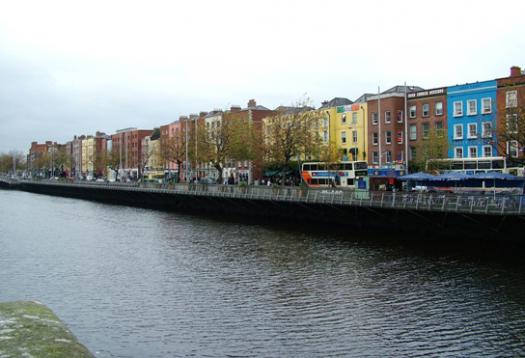 A 59-year-old Irish woman today lost her Supreme Court challenge to the ban on assisted suicide.

Marie Fleming is a 59 year old former Irish lecturer who has multiple sclerosis, and wanted her partner to be able to help her kill herself without risk of prosecution (See Irish Times and BBC Europe reports).

She had argued the ban on assisted suicide breached her Constitutional rights and discriminated against her as a disabled person.

This morning, however, the Supreme Court's seven judges concluded that "there is no constitutional right to commit suicide or to arrange for the determination of one's life at a time of one's choosing".

Fleming's landmark case in Ireland is very similar to that of Debbie Purdy in Britain, who won a case in 2009 forcing the Director of Public Prosecutions (DPP) to make public the criteria he used in deciding to bring a prosecution for assisting suicide. These criteria were published in February 2010 and have been the subject of some controversy.

What makes the Fleming case particularly interesting is that her partner who wishes to avoid prosecution is none other than Tom Curran, the Coordinator for Exit International Europe (EIE), a pro-euthanasia lobby group (EIE is part of Exit International, which is headed by controversial Australian euthanasia campaigner Philip Nitschke).

Suicide was decriminalised in Ireland in 1993, but Section 2.2 of the Criminal Law Suicide Act 1993 makes it an offence to 'aid, abet, counsel or procure' a suicide. Those convicted under this law still face a custodial sentence of up to 14 years.

The Irish Act is almost identical to the Suicide Act 1961 of England and Wales, with the exception that in the latter, the words 'aid, abet, counsel or procure' were amended to 'encourage or assist' by the Coroners and Justice Act in 2009 in an attempt to make it easier to secure convictions in cases of internet suicide promotion where the guilty party did not personally know the victim.

In her case against Ireland, the Attorney General and Director of Public Prosecutions (DPP), Fleming claimed section 2.2 of the Criminal Law (Suicide) Act, which renders it an offence to aid, abet, counsel or procure the suicide of another, was unconstitutional on grounds that it breached her personal autonomy rights under the Constitution and European Convention on Human Rights (See more here).

Fleming argued that the absolute ban should and must be relaxed to meet her particular circumstances as a terminally ill person in severe pain who is mentally competent to decide when and how she wants to end her life but cannot do so without assistance. She claimed that the law discriminated against her as a disabled person who needed assistance to kill herself.

A three judge High Court ruled earlier that the absolute ban did not disproportionately infringe Ms Fleming's personal rights under the Constitution and was wholly justified in the public interest to protect vulnerable people.

The High Court also ruled that the Director of Public Prosecutions had no power to issue guidelines setting out what factors she would consider in deciding whether to prosecute cases of assisted suicide. The court was however 'sure' that the Director would adopt a humane and sensitive approach to Ms Fleming's plight, Mr Justice Nicholas Kearns said.

Ms Fleming was not appealing against that aspect of the court's decision. Her appeal instead focussed on arguments that the absolute ban on assisted suicide breached her personal autonomy rights under the Constitution and European Convention on Human Rights and that, in her particular circumstances, this ban was not justified on public interest grounds but was disproportionate and discriminatory.

Fleming's case rested on the flawed assumption that, since suicide itself is not illegal, there is thereby a right to suicide. It is on this basis that she claimed that as a seriously disabled person she was being discriminated against for not being able to exercise that right, when able-bodied people can.

Dignity in Dying (the former British Voluntary Euthanasia Society) has used a similar line of argument.

However this is to misunderstand the basis and intention of the law.

When the British Parliament passed the Suicide Act in 1961 it was assured that the decriminalisation of suicide did not indicate any reduction of the seriousness with which either (a) suicide or (b) assisting suicide were viewed.

The Joint Under-Secretary of State for the Home Department, moving the Suicide Bill's Third Reading, said:

'Because we have taken the view, as Parliament and the Government have taken, that the treatment of people who attempt to commit suicide should no longer be through the criminal courts, it in no way lessens, nor should it lessen, the respect for the sanctity of life which we all share. It must not be thought that because we are changing the method of treatment for those unfortunate people, we seek to depreciate the gravity of the action of anyone who tries to commit suicide…..' (Hansard: HC Deb 28 July 1961 vol 645: 1961(a): Cols 822-823)

'I should like to state as solemnly as I can….that we wish to give no encouragement whatever to suicide…..I hope that nothing that I have said will give the impression that the act of self-murder, of self-destruction, is regarded at all lightly by the Home Office or the Government.' (Hansard:HC Deb 19 July 1961 vol 644: Cols 1425-1426)

Fleming and others wish to argue that in some cases suicide is not serious and is in fact a morally good course of action. That is a position that needs to be strongly resisted at all costs.

It is one thing to argue that people who attempt suicide should be treated with mercy and compassion by the courts. But it is quite another to argue that committing suicide, taking one's own life, is a moral good and thereby a right.

That would be a very dangerous precedent indeed, which once established would be used as a legal lever for more and more incremental extension.