In this last week both Belgium and the Netherlands have taken further major steps regarding euthanasia for children. 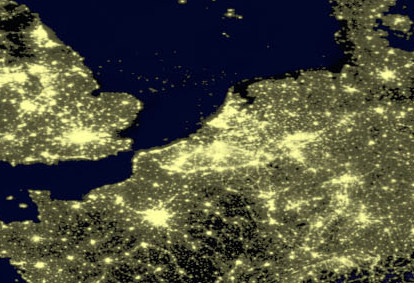 A consensus among members of the Belgian Federal Parliament has reportedly formed in support of legislation to allow children to choose to undergo euthanasia in certain dire cases, according to a report in the Belgian daily newspaper Der Morgen (as translated by the Paris-based news agency Presseurop).

If child euthanasia is legalised in Belgium, the country would become the first in the developed world to have a law on the books formally allowing the practice.

Belgium became the second country in the world after the Netherlands to legalise euthanasia in 2002, but the statute currently extends only to people who are 18 or older.

The bill, introduced by the Socialist party last December, lays out guidelines for doctors to decide on a case-by-case basis whether or not a child is mature enough to make the decision to end his or her own life, as well as whether a child's health is grave and hopeless enough to warrant euthanasia.

'The idea is to update the law to take better account of dramatic situations and extremely harrowing cases we must find a response to,' Socialist party leader Thierry Giet said shortly after the bill was introduced, according to Agence France-Presse.

'On both sides of the linguistic border, liberals and socialists appear to agree on the fact that age should not be regarded as a decisive criterion in the event of a request for euthanasia,' Der Morgen wrote last week.

The decision to consider the bill follows months of testimony by medical experts, doctors, clergy members and others, and it marks a turning point in the nation's approach to the rights of young people, some of whom would be able to choose to die if the law were to pass, even while still being legally barred from driving, marrying, voting or drinking alcohol until they turned 18.

The bill would also likely allow euthanasia for patients suffering from Alzheimer's and other diseases leading to advanced dementia, who may otherwise be deemed incompetent to make the decision to die. There were 1,133 cases of euthanasia recorded in Belgium in 2011, accounting for about 1 percent of the country's deaths that year according to AFP.

Peter Deconinck, president of the Belgian medical ethics organization Reflectiegroep Biomedische Ethiek, has come out in support of expanding the practice to minors, as has the head of the intensive care unit of Fabiola Hospital in Brussels, who testified before a Belgian Senate committee.

'We all know that euthanasia is already practiced on children,' he told the committee. 'Yes, active euthanasia.'

A majority of members of the Belgian Parliament are reportedly ready to pass the child euthanasia bill.

In a separate move the Royal Dutch Medical Association (KNMG), which represents doctors in the Netherlands, has said that distress felt by parents can justify euthanasia of a dying newborn.

The Netherlands has since 2005 not prosecuted doctors who perform euthanasia on some minors as long as the doctors act in accordance with a set of medical guidelines dubbed the Groningen Protocol, drafted by Dr Eduard Verhagen in 2004.

Verhagen reported in the New England Journal of Medicine (NEJM) in 2005 on 22 babies with spina bifida who were given lethal injections under the protocol over a seven year period.

However, in a new policy document, 'Medical decisions about the lives of newborns with severe abnormalities' (in Dutch only) the KNMG now explains why it is acceptable, and perhaps even necessary, to euthanise children.

What is new about this statement is that it says that the parents' suffering may be a reason to kill the newborn.

Amongst other conditions, the policy states that a lethal injection of muscle relaxant is ethically possible when 'the period of gasping and dying persists and the inevitable death is prolonged, in spite of good preparation, and it causes severe suffering for the parents.'

Dr Verhagen, who is also one of the authors of the recent KNMG report, explained to Volkskrant, a leading Dutch newspaper, why parental anguish is relevant.

Doctors should spare parents the 'abomination' of seeing their child die in distress, he argues. It is part of good palliative care.

The criteria for euthanising newborns are as follows (from page 54 of the report): if the child is suffering, if it cannot express its own wishes, if death is inevitable and if the dying process is prolonged, then the child may be euthanised and spare the parents further severe suffering.

Of the 175,000 babies born every year in The Netherlands, the KNMG suggests that about 650 might be cases worthy of euthanasia.

'These babies, despite very intensive treatment, will certainly die in the short term. They have a poor prognosis and a very bleak life perspective. They may not be dependent on intensive care but they face a life of serious and hopeless suffering. Doctors and parents face the exceedingly profound question of whether to start or continue treatment or even whether a good action may actually be a harm, in view of the suffering and disability that may result from the poor health of the child.'

These disturbing latest developments in the two countries which were the first to legalise euthanasia in Europe demonstrate graphically the incremental extension that takes place once the door is opened and the public conscience begins to change.

The acceptance of two key concepts is what makes this extension inevitable - first it is accepted that there is such a thing as a life not worth living and second that the active ending of a person's life is justified in order to lessen the suffering of others.

terry wilson: Wed, 12 Feb 2014 13:01
We are on a very slippery slope here! Please think very hard about what you are doing! Please listen to what we are saying , life is precious, all life is precious. Let us love and care for one another. the alternative is frightening, there will be no limits at all in a few years to come.
Margaret Flinn: Sun, 9 Feb 2014 19:36
The right to appropriate care as well as the right to life is surely a measure of a civilised compassionate society. Parents with very sick children are surely themselves very vulnerable and need caring professional and family support. I believe those who promote euthanasia for society's most innocent and vulnerable members inevitably damage the society in which we all live.
Jasmine Braidwood: Sat, 8 Feb 2014 08:12
This is barbaric - totally wrong - sor example ' if children in question are of no use in society or need too much care - discard them'! How cruel. Next step could be Alzheimer sufferers - another generation who have no say.
Betty Kirkland: Thu, 6 Feb 2014 22:55
I believe all euthanasia to be wrong but for an adult to be able to make this decision for a child is wrong and dangerous.
Please enable javascript to post comments!
Our Position »
Live Issues »
Scotland »
FAQs »
Get Involved »
Donate »