'We do not consider that the approach or those conclusions of the Divisional Court can be faulted... [and so] we dismiss both the appeal and the respondent's notice' 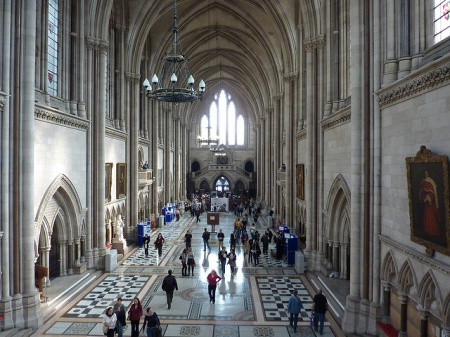 Three senior Court of Appeal judges have upheld the Divisional Court's October 2017 judgment in the case of Mr Noel Conway, which found that the 1961 Suicide Act (amended 2009) was not incompatible with the European Convention on Human Rights (enshrined in UK law as the 1998 Human Rights Act). The case was brought against the Secretary of State for Justice, with Care Not Killing, Not Dead Yet UK and Humanists UK (formerly the British Humanist Association) intervening.

Sir Terence Etherton (Master of the Rolls), Sir Brian Leveson (President of the Queen's Bench Division) and Lady Justice King heard the appeal in May of this year. Counsel for Mr Conway had secured permission to appeal on seven grounds, but the Court of Appeal has delivered a clear repudiation of these:

Substantial reference was made in the course of the original hearing to expert evidence on palliative care put forward by CNK, and this is borne out in the text of the judgment, with references both to our witness Professor George and to CNK's principal arguments. CNK previously intervened at the High Court, and has also intervened in the case of 'Y' at the Supreme Court and in Nicklinson, Lamb and Martin at the Court of Appeal and Supreme Court.

If you would like to support such work, please make a donation to Care Not Killing.

Ruling that the current blanket ban on assisted suicide achieves a fair balance between the interests of the wider community and the interests of people in the position of Mr Conway, the Court of Appeal fully upheld the Divisional Court's finding that

In British Parliaments there have been over ten attempts to change the law on assisted suicide since 2003, all of which have failed. The most recent legislative challenge to the law on assisted suicide was the Marris Bill in the House of Commons, which was defeated by the huge majority of 330 to 118 in September 2015. Members of Parliament, just like every major doctors' group and disability rights groups expressed concerns about public safety, the failure of safeguards in the handful of places that have assisted suicide or euthanasia and the discriminatory message removing universal protections, from the sick, elderly and dying would send.


© Image copyright of R4vi and licensed for reuse under Creative Commons License 2.0