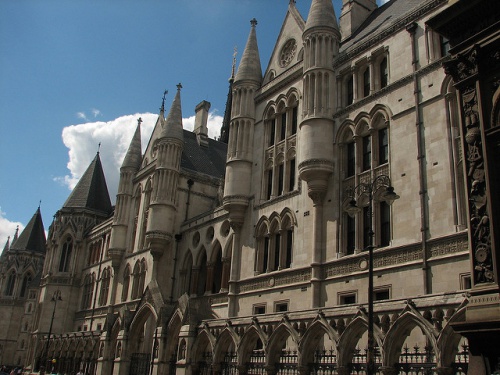 At teatime on Friday 6 January, Dignity in Dying (for most of their history, the Voluntary Euthanasia Society) unveiled their long-awaited new legal bid to legalise assisted suicide. Noel Conway, a 67 year old lecturer from Shrewsbury, is to seek a judicial review 'on the grounds that the current laws contained in the Suicide Act 1961 are incompatible with Noel's basic rights'.

The case differs from the well-known cases of Nicklinson and Lamb in that Mr Conway's illness - Motor Neurone Disease - is terminal, and he is reported to have a life expectancy of 12 months. Motor Neurone Disease, 'a progressive neurodegenerative disease that... leads to weakness and wasting of muscles', must not be misunderstood as a simple disease with all diagnoses being linked to similar prognoses: patients can live for many years, depending on the strain and - significantly - the support given.

The NHS tells us that:

'There are about 5,000 people living with the condition in the UK at any one time.'

'Life expectancy for about half of those with the condition is three years from the start of symptoms. However, some people may live for up to 10 years, and in rarer circumstances even longer.

'Living with motor neurone disease is extremely challenging and often a terrifying possibility before the diagnosis is made. However, it's not necessarily as bleak as people imagine.

'With strong community and specialist support, many people can maintain some independence for a significant part of the condition's course, and experience a quality of life they may not have imagined was possible at the time of their diagnosis.

'The end of life for someone with motor neurone disease isn't usually distressing and is most often in their own home. In most cases, a person with the condition will die in their sleep...'

It is important, in media and public consideration of such cases, that MND not be misunderstood or misconstrued. People with MND can benefit from hospice care and support - yet too few are referred. The majority of people welcome and benefit from such support - people like Pam and Michael, who both value the current legal protections against pressures, real or imagined, to die. There are many ways we can as a society can better support people with conditions like MND, but hastening death by assisting suicide should not be one of them.

The Supreme Court went so far as to press Parliament to debate whether such laws as advocates now call for the courts to erect should be put in place. Parliament did just that in September 2015, and after an informed debate, a packed House of Commons voted 330-118 against uncontrollable, unethical and unnecessary legal change.

It is incredible that fifteen months later, the Courts which rejected assisted suicide are again being asked the very same questions which the people's elected representatives in Westminster rejected by a 3-1 majority.

Dignity in Dying seem not to understand the meaning of the word 'no'.