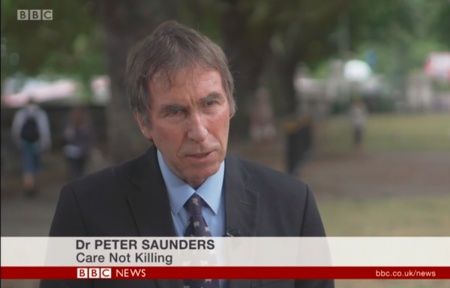 Having heard an appeal by the Official Solicitor in February 2018, the Supreme Court upheld a ruling that decisions to withdraw Clinically Assisted Nutrition and Hydration (CANH) from people with Prolonged Disorders of Consciousness (PDOCs - including Vegetative and Minimally Conscious States) need not be approved by the Court of Protection where families and clinicians were in agreement. Taking these decisions away from the Court of Protection removes an important layer of legislative scrutiny and accountability and effectively weakens the law.

At the moment, because of the current policy of involving the court in all such cases, the number of cases we see is very few (fewer than 100 in over 20 years). But with the Court removed from the equation, this could very well lead to a huge escalation of cases, given how many people in Britain have either PVS or MCS.

There are still significant uncertainties about diagnosis and prognosis in both PVS and MCS. These have increased rather than decreased since the Bland case and this is why continued court endorsement of the withdrawal of life-sustaining nutrition and hydration in such cases is necessary. Well-intentioned people - relatives, carers and clinicians - often make mistakes about diagnosis/prognosis and accordingly, agreement between all of them about withdrawal of CANH is not adequate protection.

These are just some of the difficult issues underlying the appeal and judgment. Care Not Killing intervened in the case, submitting expert evidence, and our representatives helped balance and inform a swathe of media reports.

After the ruling was made public, he expanded on our concerns on BBC Radio 5 Live:

Our representatives were also seen on television, with Dr Saunders appearing on BBC News at One, the BBC News Channel, ITV News, Channel 5 News and (as below) Channel 4:

Our press release was picked up by local, national and international news sources, including the New York Times, Sydney Morning Herald, Daily Mail, Daily Express, iNews, Wales Online, Disability News Service and - alongside so many TV and radio appearances for different branches of the corporation - the BBC.

Dr Saunders and CNK Board member and solicitor David Foster were both quoted by the Guardian, with the financial ramifications for the NHS highlighted on Dr Saunders' part. Mr Foster was also quoted by the Independent:

'The oversight of the Official Solicitor was helpful and we fear a vital legal safeguard has been compromised for those who are the most vulnerable'.