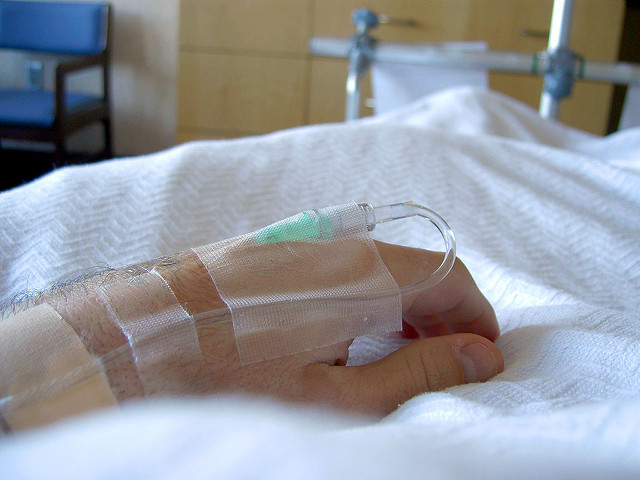 Should doctors be able to withdraw food and fluids from severely brain-damaged patients who are not imminently dying? And if so, in what circumstances?

The answer to these questions has changed dramatically as a result of recent decisions by the Court of Protection which are due to be appealed in the Supreme Court on 29 January 2018.

The case of Tony Bland in 1993 (who was in a permanent vegetative state (PVS) after being injured at the Hillsborough Stadium Disaster) established that clinically assisted nutrition and hydration (CANH) is a form of medical treatment that can be withdrawn in some circumstances.

In that case it was also held that, in England and Wales, prior court approval should be sought for the withdrawal of CANH in all such cases. This now also applies for patients in minimally conscious state (MCS).

A vegetative state is when a person is awake but is showing no signs of awareness; they may open their eyes, wake up and fall asleep at regular intervals and have basic reflexes; they're also able to regulate their heartbeat and breathing without assistance.

A person in a vegetative state doesn't show any meaningful responses, such as following an object with their eyes or responding to voices; they also show no signs of experiencing emotions.

By contrast, somebody in a minimally conscious state (MCS) shows clear but minimal or inconsistent awareness and may have periods where they can communicate or respond to commands, such as moving a finger when asked.

Prof Derick Wade is one of the country's leading experts in this area, a consultant in neurological rehabilitation based in Oxford. He estimates there could be as many as 24,000 patients in the NHS in England either in a permanent vegetative state, or minimally conscious.

Patients with PVS and MCS are severely brain-damaged but they are not imminently dying and with good care can live for many years. But if CANH is withdrawn, then they will die from dehydration and starvation within two or three weeks.

In such cases, doctors can withhold food and liquid - if they consider there's no likelihood of improvement, and if the family agree. But to do that, they need to wait - six months for cases with brain injury caused by disease or a year in cases of traumatic injury (see diagnostic guidelines here).

Then the patient has to be assessed by a specialist unit, before being diagnosed as being in PVS or MCS. Then, the procedure is to seek permission from the Court of Protection to take out their feeding tube.

The applications are made by the local Clinical Commissioning Group (CCG) and usually cost around £50,000. Only about 100 such applications have been made in more than 20 years.

Two recent legal judgments have held that there is no requirement for treating clinicians to seek the court's prior approval to withdrawing CANH for a patient in PVS or MCS where existing professional clinical guidance has been followed and where the treating team and those close to the patient are all in agreement that it is not in the patient's 'best interests' to continue such treatment.

The Official Solicitor is contesting the second of these two judgements in the Supreme Court.

The first case concerned M, a woman who had suffered from Huntington's disease for 20 years and was now in MCS. It was argued that it was in M's best interests not to continue to receive clinically assisted nutrition and hydration (CANH), with the consequence that she would die.

The application was supported by M's family, her clinicians, and an external specialist second opinion. At a public hearing on 22 June, Justice Peter Jackson made the orders requested, giving short reasons and reserving fuller judgment. On 24 July, CANH was withdrawn from M, who then received palliative care, and on 4 August she died. She was 50 years old at the time of her death.

In his fuller judgement on the case on 20 September, which was widely reported in the press (see Guardian and Telegraph), Mr Justice Jackson said in future judges should not be required to make rulings in similar cases - where relatives and doctors were in agreement and medical guidelines had been followed.

The second case involved a 52-year-old man (Y), married with two adult children who in June 2017, suffered a cardiac arrest after a myocardial infarction (heart attack) as a result of coronary heart disease. It had not been possible to resuscitate him for well over ten minutes, resulting in severe cerebral hypoxia and causing extensive brain damage (See Guardian, Times(£) and full judgement (£)).

Mr Y had been in a prolonged disorder of consciousness since his cardiac arrest and, in July, was admitted to a regional hyper-acute rehabilitation unit under the control of the claimant NHS Trust.

Two medical experts with extensive qualifications and experience in the field of neurological rehabilitation agreed that Mr Y was in a very low level of responsiveness, he had no awareness of self or his environment, and it was highly improbable that he would re-emerge into consciousness.

The clinical team and Mr Y's family, including his wife, Mrs Y, agreed that it would be in his best interests for clinically assisted nutrition and hydration (CANH) to be withdrawn, with the consequence that he would die within a period of two to three weeks.

The NHS Trust sought a declaration that there was no mandatory requirement to seek consent from the court to the withdrawal of CANH, which the court had upheld. However, the Official Solicitor has appealed this decision and, as noted above, the Supreme Court hearing is expected to take place on 29 January.

Our Campaign Director Dr Peter Saunders was asked to comment at the time of the first hearing on 20 September and his words were later picked up by LifeSite News.

He said that the court decision had set a dangerous precedent and should be appealed. Taking these decisions away from the Court of Protection removes an important layer of legislative scrutiny and accountability and effectively weakens the law.

This will make it more likely that severely brain-damaged patients will be starved or dehydrated to death in their supposed best interests and that these decisions will be more influenced by those who have ideological or financial vested interests in this course of action.

The key issues legally and ethically separating right and wrong in end of life decisions can be delineated as:

It seems to be that these recent decisions have been made with the intention of ending the life of a person who is not imminently dying because their life has been judged futile. This is a very dangerous precedent indeed.

Furthermore, there are still significant uncertainties about diagnosis and prognosis in both PVS and MCS. These have increased rather than decreased since the Bland case and this is why continued court endorsement of the withdrawal of life-sustaining nutrition and hydration in such cases is necessary. Well-intentioned people - relatives, carers and clinicians - often make mistakes about diagnosis/prognosis and accordingly, agreement between all of them about withdrawal of CANH is not adequate protection.

LifeSite News noted that whilst starvation and dehydration certainly hasten death, this is not a painless procedure. In 2006, a British euthanasia activist gave up her own freely chosen attempt to starve to death after 19 days, saying it was too painful. 'I would not wish what I have been going through on my worst enemy,' Kelly Taylor said.

At the moment, because of the current policy of involving the court in all such cases, the number of cases we see are very few (fewer than 100 in over 20 years as noted above). But if the court were to be removed from the equation, this could very well lead to a huge escalation of cases, given how many people in Britain have either PVS or MCS.

Doctors are already moving in this direction as a recent article in the Journal of Medical Ethics argues. Furthermore, in the light of these recent court decisions, new interim guidance for health professionals in England and Wales has been issued by the BMA, Royal College of Physicians (RCP) and General Medical Council (GMC). They plan to publish new definitive guidance in May 2018 which will make this new direction official.

In their interim guidance they note however that it 'may need revision if a case concerning these issues is considered by the Supreme Court'.

This is now happening and we await the hearing with great interest.