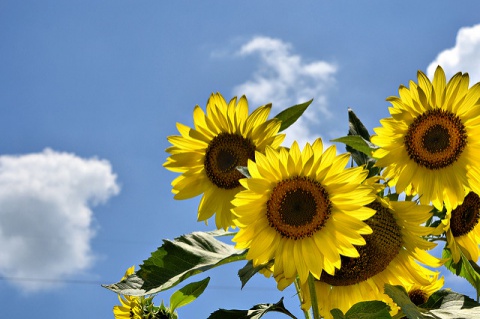 Among the findings of the ComRes survey, commissioned by Hospice UK, were clear indicators that large swathes of the general public remain unaware of the support available to patients and families living with terminal and incurable conditions:

'Only three in five UK adults (57 per cent) are aware that services provided by hospices are generally free for those receiving them according to a new survey published today by the charity Hospice UK. Hospice care is provided free of charge to people with terminal and life-limiting conditions. Charitable hospices cover the bulk of costs of providing this care through a mixture of charitable fundraising, such as community events and charity shops. Hospices also receive some statutory funding.'

'A fifth of those surveyed (20 per cent) think hospice care is only for people in their last days of life, suggesting they are unaware that people with terminal and life-limiting conditions can use hospice care at any stage of their illness, not just at the very end of their life.

'Most people (87 per cent) are aware that hospices currently provide medical care. However there is lower awareness about the wider support hospices provide including emotional support such as counselling (70 percent), spiritual support (55 percent) and complementary therapies (39 percent).'

Despite the gaps in awareness,

'more than nine in ten people (92 per cent) say they [hospices] are "an important asset to their community" and more than eight in ten of those surveyed (82 per cent) agree that hospices are "the best way to help people die peacefully and with dignity".'

Hospice Care Week 2017, running from 9-15 October, is being marked by 220 hospices across the UK with 'events to celebrate hospice staff, volunteers and supporters involved in providing care for people with terminal and life-limiting conditions.'

'We know the very idea of hospice care can be daunting for many of us and this can affect how people engage with hospices. The insights from this survey will help us to reach out to more people who don't know about the life-enhancing hospice care available to people with terminal and life-limiting conditions.

'At a time when one in four families are missing out on hospice care and with increasing pressures facing the UK's care system, it is more important than ever that more people are aware of what charitable hospices can offer and where to turn when they need support.'

© Image copyright of Karsun Designs and licensed for reuse under Creative Commons License 2.0