Peggy's suicide: BBC does it again

As Eastenders' Peggy Mitchell commits suicide in the face of terminal cancer, TV's inability to envisage a positive response to end of life suffering comes back into focus 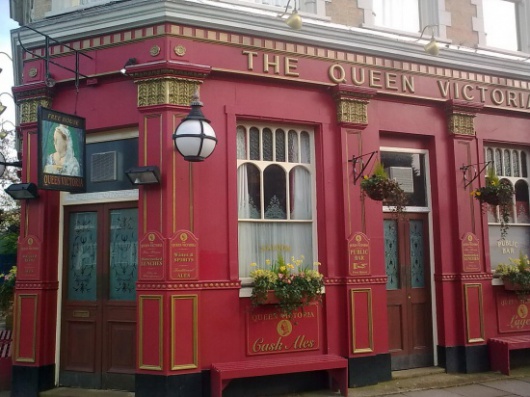 When a character in the BBC medical drama Holby City remarked that they didn't want to die 'stuck in some dingy hospice', it struck Hospice UK Policy and Advocacy Director Jonathan Ellis that

'hospice care in the BBC Drama Department must be pretty bleak. Just two months ago a character on EastEnders, Stan Carter, was dying and other characters raised objections about his being transferred to a "grotty hospice".'

Those portrayals sparked a social media backlash, with hospices, their staff and users making clear that there are positive responses to end of life suffering.

Regrettably, however, Eastenders will again tonight depict a terminally ill character as seeing suicide as their only recourse, with long-time favourite Peggy Mitchell taking an overdose of pills.

In a statement to media outlets, CNK said

'It is extremely disappointing to learn that yet again the BBC is acting as the cheer leader for assisted suicide and suicide, by killing off one of the best known and well-loved characters on British TV.

'Terminal illness and suicide are serious issues that warrant measured and informed debate. We welcome the fact that that the programme makers appear to have sought advice from the Samaritans, but this should not obscure the simple fact, that this is the seventh* pro-killing programme which promotes assisted suicide and euthanasia, while the alternatives, quality palliative and hospice care along with home care continue to be ignored.

'In January of this year on the Media Show, the head of factual programming for the BBC defended the decision to give such prominence to Simon's Choice by saying that they [the BBC] wanted to produce a documentary looking at cancer and palliative care. This has still not aired, has not been publicised and as far as we can tell might not ever appear on our screens.

'It is depressing that yet again the BBC has missed an opportunity to share with the nation the work of the army of volunteers, doctors and other health care professionals who support the overwhelming majority of the half million people who die every year in this country.'

'Programmes, including soaps, can help raise awareness of some of the issues surrounding suicide, such as the devastation caused for loved ones - an issue EastEnders have starkly depicted through Peggy's story.

'Often when a person reaches a point of becoming suicidal, they lose sight of this, sometimes even believing their loved ones would be better off without them.

'Which is clearly not the case - the impact of suicide leaves behind long-lasting repercussions.'

To show the devastation caused when a loved one chooses to end their life is indeed valuable, but sixteen years after Eastenders showed Dot Cotton assist the suicide of Ethel Skinner, when will the BBC decide that the really radical programming option would be to explore the many positive responses available to end of life suffering?


(* The six previous BBC programme are:

© Image copyright of Kejoxen and licensed for reuse under Creative Commons License 2.0