Boles debate: what harm would assisted suicide do?

It's simple, straightforward and will work because we want it to - that's the message that comes across in advocates' polling questions, and in increasingly exasperated Commons speeches. But is it true? 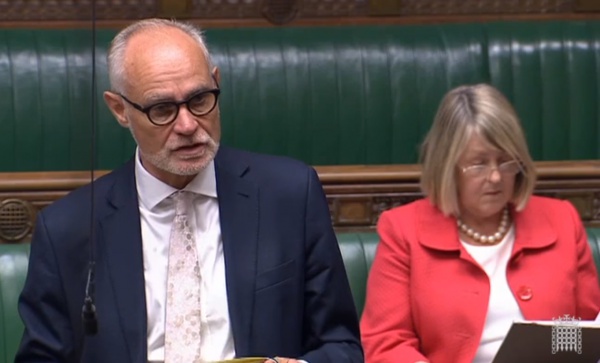 'The truth is that this is not in any way an alternative to the best possible palliative care; it is a complement to the best possible palliative care. We want to ensure that all those who want to choose to live out their lives and die naturally—even through a horrific illness with horrific symptoms—are given every support to be able to make that decision. Unfortunately, we also know—and all the evidence suggests this—that there are some people for whom palliative care cannot help in those final moments, and it is of them that I am thinking.'

Admirable, you might think, but we know that there are many people who die without the benefit of palliative care not because it would not benefit them, but because of poor coordination and planning meaning that there is postcode lottery compounded by considerations of diagnosis, age and other factors. How does it make sense to put in place state assistance for suicide before ensuring access to good care? As for assisted suicide and palliative care not being in competition with each other, Mr Boles must not be aware of reports from places like Canada, where there is evidence that pledges to improve palliative care as well as introduce assisted suicide have not been fulfilled, and reports from places like Oregon and California, where patients have been denied life-sustaining or even life-saving treatment, but offered assisted suicide.

'When we discuss this emotional topic, the most grotesque characteristics of greedy, overbearing relatives are conjured up in some hypothetical dark fantasy, but these arguments about a slippery slope or the vulnerability of people simply ignore the fact that this applies only to terminally ill people.'

The overreliance by the assisted suicide lobby on the arbitrary and much-discredited notion of a reliable six-month prognosis, the understanding of which has expanded without law change in Oregon, the state whose law continues to inspire proposals here, is naïve at best. Mr Blunt pairs this overreliance with a scathing dismissal of the internal and external pressures a resource-saving assisted suicide would cloak vulnerable people in. Such people include the very real middle-aged man diagnosed with dementia whose doctor resisted pressure from his exasperated wife to euthanase him when he was unsure, only to return from holiday to find a colleague had ended the patient's life.

Sir Vince Cable and Tonia Antoniazzi were among those who said their position had been heavily influenced by personal appeals from persons with serious conditions. Cable reflected on two constituents with MND, the same condition as Noel Conway, and said:

'In most cases it involves the physical degeneration of all bodily functions combined with absolute clarity of mind and very great suffering. It seems to me that we should consider the position of those living with it and similar conditions.'

'I pay tribute to the people who are in the Public Gallery today, because they include many families who have either been in this situation or are in this situation currently. We need to remember that their journey is real, and we need to know that we must have this discussion.'

The prominence given to 'hard cases' - campaigners living with serious conditions who come to be associated with what people in their position must want and need - distorts a wider picture. Cable was right to say 'we should consider the position of those living with it and similar conditions' - that includes those who don't wish to live in a world where suicide prevention is offered to the many, while for the few like them, suicide is seen as quite understandable and assistance offered. For many, especially those living with a minimum of support, the 'choice' of assisted suicide would be one they would have to consider over and over, constantly justifying their decision to go on.

'Our first lodger was the first person I knew with motor neurone disease. In the days, weeks, months and years before he died, he never once suggested that he wanted to end his life. A constituent of mine—she has authorised me to give her name, but I will not—says that her family has Huntington disease, and most of us know what that involves, and she asked me to oppose this, so I shall.'

We too hope people will change their minds, having engaged with the evidence, to oppose uncontrollable, unethical and unnecessary legal change and to dedicate themselves to better coordination and provision of world-leading care and support for those in the greatest need.