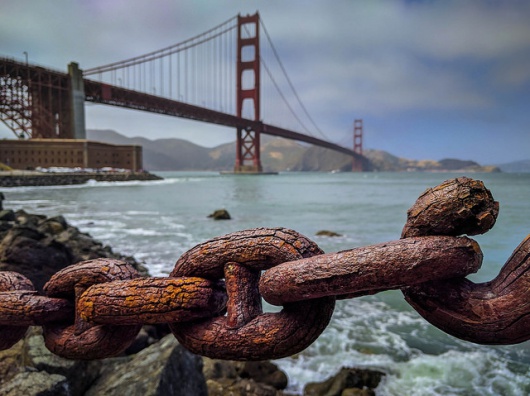 The experience of Oregonians like Barbara Wagner and Randy Stroup, who were told that their health insurance would not cover potentially life-saving or life-extending treatments but would cover the prescription of lethal drugs necessary for assisted suicide, continues to ring in the ears of lawmakers the world over.

It was cited in the Commons debate which ended in the defeat of Rob Marris's Assisted Dying Bill in September 2015. MPs were clearly concerned at how such the ultimate money-saving option would affect healthcare in the UK. On the day that British MPs considered such lessons and said 'no' - Californian legislators said 'yes', and the Golden State's Oregon-style assisted suicide law came into effect in June 2016.

'Stephanie Packer, a wife and mother of four who was diagnosed with a terminal form of scleroderma, said her insurance company initially indicated it would pay for her to switch to a different chemotherapy drug at the recommendation of her doctors.

'"For a while, five months or so, we've been trying to get me on a different chemotherapy drug for the infusions, because my doctor felt that it would be less toxic than some of the other drugs that we were going to be using," Ms. Packer said in a video distributed by The Center for Bioethics and Culture Network on Monday.

'"And I was going back and forth, and finally I had heard back from them, and they said, 'Yes, we're going to get it covered, we just have to fix a couple of things,'" she continued.

'But shortly after California's End of Life Option Act, which authorizes physicians to diagnose a life-ending dose of medication to patients with a prognosis of six months or less to live, went into effect, Ms. Packer's insurance company had a change of heart.

'"And when the law was passed, it was a week later I received a letter in the mail saying they were going to deny coverage for the chemotherapy that we were asking for," Ms. Packer said.

'She said she called her insurance company to find out why her coverage had been denied. On the call, she also asked whether suicide pills were covered under her plan.

'Ms. Packer said her doctors have appealed the insurance company's decision twice, to no avail. She said the assisted-suicide law creates an incentive for insurance companies to deny terminally ill patients coverage.

"As soon as this law was passed — and you see it everywhere when these laws are passed — patients fighting for a longer life end up getting denied treatment, because this will always be the cheapest option," she said.

'After the right-to-die movement began garnering national attention, Ms. Packer said she noticed a change in tone at her support groups for terminally ill patients. While the meetings were formerly positive and encouraging, she said the specter [sic] of suicide now hangs above them like a dark cloud.

'"And people, once they became depressed, it became negative, and it started consuming people," she said in the video. "And then they said, 'You know what? I wish I could just end it.'"'

Commenting on the ramifications of the earlier Wagner/Stroup cases for patients who have already been left scared or exhausted by illness and treatment, lawyer Wesley Smith said:

'When a scared and depressed patient asks for poison pills and their doctor's response is to pull out the lethal prescription pad, it confirms the patient's worst fears - that they are a burden, that they are less worth loving. Hospices are geared to address such concerns. But effective hospice care is undermined when a badly needed mental health intervention is easily avoided via a state-sanctioned, physician-prescribed overdose of lethal pills.

'Do the guidelines protect depressed people in Oregon? Hardly. The law does not require treatment when depression is suspected, and very few terminal patients who ask for assisted suicide are referred for psychiatric consultations. In 2008 not one patient who received a lethal prescription was referred by the prescribing doctor for a mental health evaluation.'

'Oregon has become the model for how assisted suicide is supposed to work [according to proponents]. But for those who dig beneath the sloganeering and feel-good propaganda, it becomes clear that legalising assisted suicide leads to abandonment, bad medical practice and a disregard for the importance of patients' lives.'