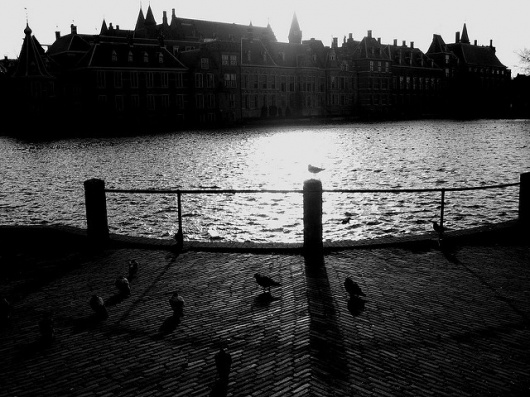 A fifteen year-old Dutch law provides for euthanasia and assisted suicide for patients from 12 years old who experience 'unbearable' suffering with 'no prospect of improvement.' On 12 October 2016, Health minister Edith Schippers and Justice Minister Ard van der Steur informed the Netherlands' House of Representatives that

'People who have come to a well-considered decision that their life is completed must be allowed, under strict and carefully identified criteria, to end their life with dignity. In consultation with various care organisations, the government intends to develop new legislation based on this principle. The system would exist alongside and separately from the current legislation on euthanasia.'

The question of assisted suicide for people who regard their life as completed was referred to a committee headed by Professor Paul Schnabel three years ago, and his report, published this February,

'concluded that the current euthanasia legislation functions well and that there is scope within that legislation that is not being used at present... [and] no reason to amend it. Although the legislation does not provide any scope for people whose suffering does not have a medical dimension, the Schnabel committee does not consider it desirable to widen the current legal scope for assisted suicide.

'According to the government, however, this conclusion does not do justice to the wishes of people who regard their life as completed and request help in ending it. The government takes the view that such a request for help made by a person who is suffering unbearably and with no prospect of improvement, but whose suffering does not have a medical dimension, can be legitimate.'

British disability campaigner Baroness Jane Campbell has spoken eloquently about how proposals for euthanasia and assisted suicide are always based on arbitrary boundaries. If you thought that having a feeling of life being completed was hard to define, the Dutch Government has news for you:

'As the growing demand for autonomy in end-of-life decisions generally comes from elderly people, any new system will be limited to people in that age group.'

The messages to the Dutch people is clear: it is reasonable to want to kill yourself when you no longer feel productive, and reaching old age will be a key marker in making such an assessment of a life's worthlessness. The move is an incredible demonstration of incremental extension - perhaps even more shocking that the extension of Belgium's euthanasia law to children in 2014 - in a country whose culture of health and social care is far closer to our own than those in the United States cited as models of assisted suicide practice by proponents. Incredibly, the campaign group Dignity in Dying (formerly the Voluntary Euthanasia Society) responded thus:

'The fact that Dutch parliamentarians are considering a possible extension of their own euthanasia laws is not evidence that introducing an assisted dying law in the UK for terminally ill, mentally competent adults would later be extended by British parliamentarians beyond this criteria. Britain will get the law that the British Parliaments pass... We do not seek to introduce a Dutch style law in the UK.'

Well, neither did the Dutch. That's the point. Last year, euthanasia deaths numbered 5,516 - 3.9% of all deaths. On a simple population-based extrapolation, that would amount to some 20,000 euthanasia deaths in the UK. The annual rise in the Dutch figures is already marked (14% between 2014 and 2015); if the proposed new law is passed, we can hardly bear to imagine where the figures might go, and with disturbing reports already available concerning euthanasia for psychiatric disorders and Government consideration of euthanasia for the under-12s, the future for 'weaker' members of Dutch society seems bleak.