Just four years after a packed Commons debated the topic, informed by months of expert briefings and consultations, assisted suicide was dragged back before the House. Why? 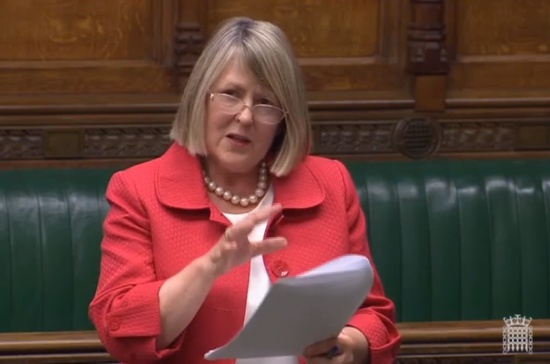 The debate was predicated on the desire to consider how families experience the legal requirement of a police investigation where suicide is assisted, and many favourable to assisted suicide spoke of how they had been moved by cases such as that of Ann & Geoff Whaley. Fiona Bruce, a solicitor by training and profession (pictured), considered the issue:

'No prosecution was proceeded with in Ann's case. I understand how unpleasant it must have been for her to be interviewed under caution, but the CPS approaches such cases on the basis that if someone is in some way involved with the suicide of another person, yet has compassionate rather than self-interested motives, it is highly unlikely that they will be taken to court. Indeed, there have been only three successful such prosecutions in England and Wales in the last 10 years, and during that period just 148 cases were referred to the CPS.

'The small number of cases and rarity of prosecutions indicate that our law is an effective deterrent to those with malicious or self-interested motives and protects against the very real danger of the abuse of the disabled, sick, frail or elderly and the danger that they could feel pressured into ending their own lives.'

MPs spent most of their time speaking to supposed new justifications for a law change, unrelated to the specific topic of debate. Nick Boles claimed that:

'Perhaps the most significant change is in the opinion of the medical profession. We have seen a number of royal colleges move from having a formal position of opposing assisted dying to having a position of being neutral about it...'

Steve McCabe added 'that there will be a poll of the British Medical Association and the Royal College of General Practitioners.' Fiona Bruce, however, responded:

'those arguing for change say that medical opinion is shifting. On what basis? A recent Royal College of Physicians poll of its members is mired in controversy. The RCP was, before the poll, opposed to any change in the law. However, this poll unprecedentedly required a super-majority of 60% of those voting to maintain the status quo. How strange! Bizarrely, the RCP's council is now arguing that the result of this poll justifies a change in the college's stance, despite the result of the poll showing that the highest number of those members voting—43.4%—opposed any change in the law and that the lowest number—25%—thought that the RCP should be neutral. Yet, strangely, the RCP has chosen to adopt a neutral stance. It is no wonder that the poll has been the subject of a referral to the Charity Commission for investigation. And for what? As Baroness Finlay said in another place, "neutrality adds nothing". Let us also note that, within that vote, more than 80% of palliative care physicians wanted the RCP to remain opposed to change.

'The fact that the British Medical Association and the Royal College of General Practitioners are set to consult their members is neither a surprise nor an indication of a change in their position. Professional membership consultations can be expected every few years. Indeed, the RCGP said five years ago that it would do this about now. It is to be hoped that both the BMA and the RCGP will reaffirm their opposition to any change in the law.'

Boles claimed 'a consolidation of public opinion on this issue. In the latest opinion poll, which, frankly, is not very different from any of the opinion polls over the past couple of years, more than 80% of the British public support an assisted dying law for people in the final six months of a terminal illness.' Fiona Bruce, again, responded:

'The proponents for change argue that public opinion is shifting, but it all depends on the question people are asked. That is the problem with the 80% figure... The more deeply we probe this issue and the more aware people are of the implications of change, the more concerned people become. I can quote from another poll from February this year indicating that more than half the public say that

'if assisted suicide were legal. Only 25% disagreed with that.'

You can read a fuller analyses of the polling Boles referred to here and here.