Boles debate: what do they want?

MPs pursuing a change in the law on assisted suicide sought to shift the focus away from the weaknesses of their legislative offerings and onto emotive hard cases - but couldn't resist returning to old ground. 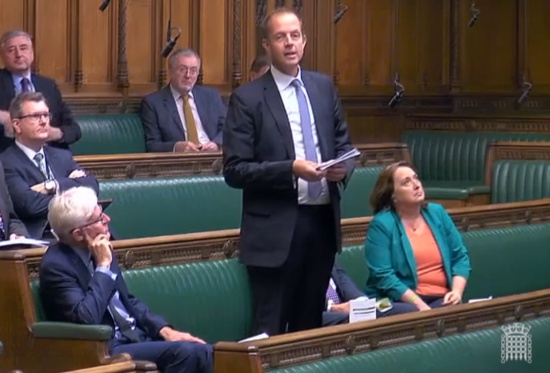 Nick Boles (pictured) claimed that 'the purpose of today's debate is not to propose a new law on assisted dying, but to understand the effect of the current law on people suffering from terminal illnesses, on their families, on the doctors, nurses and carers looking after them, and on social workers and the police. It is only when we have fully understood all the different ways in which the current law impacts on the British people that we should consider returning to the question, last debated in 2015, of what kind of change in the law might be justified.' This variation on 'we just want to have the debate' was squashed by his fellow co-chair of the relevant all-party group, Karin Smyth, who said:

'we are also here as legislators, and legislation is what we are trying to encourage with this debate.'

'the law could operate only with independent assessment—both by doctors and by a High Court judge, under the proposal in the most recent Bill—that would be clear that the person could not show any signs of coming to a decision under pressure or because they felt they were a burden.'

How credible is it to claim that such a system would last more than a few years, now that the Supreme Court has ruled that doctors need no longer apply to the Court of Protection for permission to withdraw food and fluids from patients with prolonged disorders of consciousness where doctors and relatives are in agreement?

'What we are proposing is something that has existed in the state of Oregon… [on which he would base, for] the final six months of a terminal illness, a narrow assisted dying law, with legal and medical safeguards'

Norman Lamb similarly referred to 'a period of terminal illness', but senior clinicians have time and again said that prognostication is far from accurate, especially when speaking beyond the very short term, and this has been borne out under the Oregon model. Between them, Oregon & Washington have 31 (documented) years' experience of assisted suicide. Only once - in the very first year of Oregon's experience - did no patients die outside the much-vaunted six months. In 26 of the 31 years, patients lived for more than a year between requesting and undergoing assisted suicide, and both states have seen patients live for almost three years. These are all patients assessed by two doctors who both agreed that they had less than six months to live. All of these deaths were caused by the ingestion of lethal drugs- there is no knowing how long some of these patients might have lived without assisted suicide. Health authorities using the Oregon model have also openly admitted that they consider non-terminal illnesses to be admissible where death would be likely if effective treatment or medication were absent. And still it is claimed that 'assisted dying' is for people who would prefer to live but who will die.

Indeed, Crispin Blunt founded his support for law change on the fact that:

'By 2040, nearly one in seven people are projected to be aged over 75, so we will be engaged in supporting an ageing population who will lead fuller lives, working longer, by adapting the workplace and ensuring that individuals can reskill throughout their life. But people will be living with chronic conditions, and multiple morbidities and cognitive impairments will become more common within our population.'

He spoke of the 'injustice and the tyranny' of people with such conditions - which would extend far beyond the initial bounds of an Oregon-style 'assisted dying' law - not having access to assisted suicide, making clear that the case for such a law would justify substantial extension in the minds of advocates. He opened with a focus on the over 75s - let us remember Dutch moves to enact new euthanasia legislation for those who have simply reached old age.

Boles tried to bat away references to the Netherlands, which he characterised as having 'a completely different law' allowing 'people to commit suicide more or less whenever they want'. This is worryingly dismissive. For a start, his characterisation essentially describes England & Wales' 1961 Suicide Act in so much as suicide is not a criminal offence in England and Wales, while Dutch law provides for euthanasia and assistance in suicide. He does not engage with the criteria built into the Dutch law which they see as 'safeguards', as do 'assisted dying' advocates here of their own proposals. He lastly chooses not to engage with the fact that the expansive situation in the Netherlands today does not reflect the letter of the law nor the intent of the law which was established first by the courts and then by the Dutch Parliament.