Days before the administration he serves in comes to an end, pro-assisted suicide Justice Secretary David Gauke makes a 'call for evidence' concerning a possible change in the law 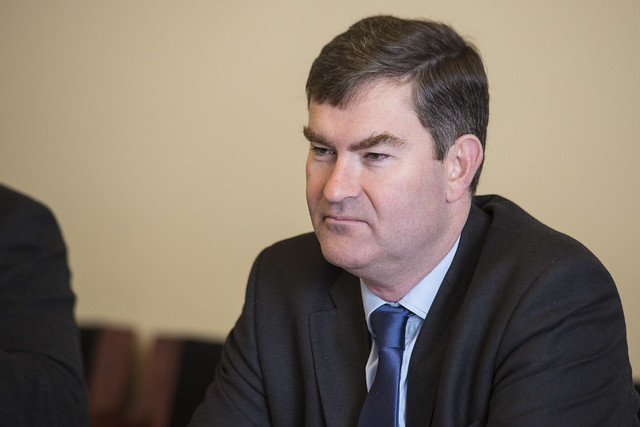 The Mail on Sunday reports

'that Justice Secretary David Gauke has authorised a 'call for evidence' on changing the law - just days before he is expected to leave office.

'Mr Gauke has privately written to Government colleagues asking for the "positive and negative impacts" of allowing euthanasia in certain clearly defined circumstances.'

'While the Justice Secretary confirmed last night that he would quit this week in opposition to a No Deal Brexit under expected new Prime Minister Boris Johnson, Government sources insist the move is nothing to do with "pushing through" a plan before a new Prime Minister takes over.

'The sources also stressed that this was not Ministers themselves advocating a change in the law.'

Less than two months earlier, the Advocate-General for Scotland Lord Keen of Elie told the House of Lords that the issue was a matter of conscience for Parliament, with the Government planning no change in the law. The claims, however, that Mr Gauke's move does not constitute ministers advocating a law change are entirely inconsistent with reports days before Lord Keen's comments that Mr Gauke had written to a campaigner:

'Personally I am in favour of reform in this area, and sympathise with calls to allow individuals choice over how to end their lives without fear of criminal prosecution, for themselves or those close to them... Whilst Parliament has so far voted against any relaxation of the law, I hope that assisted dying is an issue to which it will return.'

Mr Gauke is clearly trying to foist the issue on the incoming Government, and seeking to ensure that the issue will return to Parliament.

The Mail noted that:

'Chief executive Dr Gordon Macdonald said: "The Government should honour its commitment to consult all interested parties before coming to any view on how to address this issue or launching any new initiatives.

'"To decide on a course of action before even meeting with those of us who oppose assisted suicide calls into question the impartiality of the proposed inquiry, suggesting that its conclusions may have been planned in advance.

'"An open and fair review will find that changing the law on assisted suicide and euthanasia will put pressure on the terminally ill, disabled people and the vulnerable to end their lives."'

The Sunday Express then reported that the review, 'to have been one of his last acts in the role', had been 'thwarted' having 'faced resistance from elsewhere in Whitehall.' Lord Keen, in his May comments in the Lords, said of 'the views of those opposing such reforms, out of due concern for vulnerable patients placed at risk of abuse' that 'they will be given an equal opportunity to express their views on this difficult matter', after it was observed that Mr Gauke had met with campaigners for assisted suicide. The Sunday Express quoted our CEO:

'These meetings have not yet happened and that confirms that this proposal is being driven by ideology and not evidence.'

© Image copyright of Saeima and licensed for reuse under Creative Commons License 2.0