Disability activist describes 'the thing that solidified for me that we actually can't safely put in place in this country assisted suicide legislation', as Western Australia mulls euthanasia 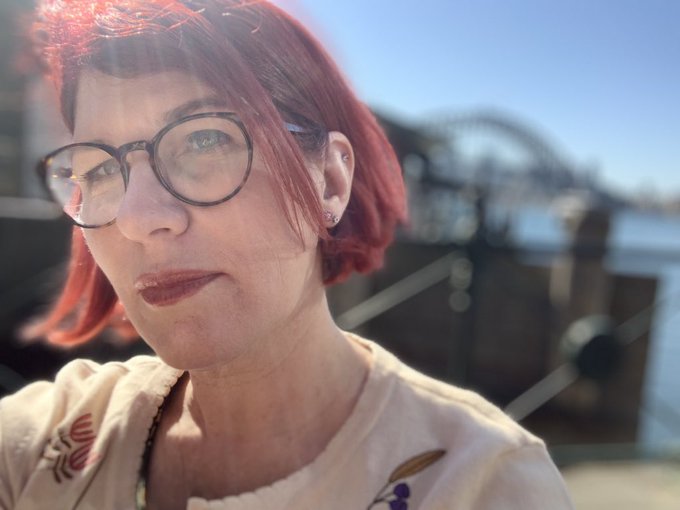 Diagnosed with limb girdle muscular dystrophy at 23, Samantha Connor (pictured) is now a wheelchair user. Between her own experience of LGMD and living with and advocating for two children with autism, she is now described as 'a leading activist in the disability field' - and she has been vocal in her opposition to assisted suicide.

'The fact that I use a wheelchair is the least of my problems… The issue for me is that people treated me differently once I sat down.'

Addressing a recent rally against legislation proposed for Western Australia which would legalise euthanasia, she described her experience of demonstrating against the controversial and ableist film Me Before You, which romanticised the decision of a young man opting for assisted suicide after being paralysed.

'Because I'm completely hilarious I had a giant tin that said "Send Me to a Swiss Suicide Clinic" and I rattled the tin after we'd finished our tiny protest, in jest, thinking that I was being funny.'

'There were about 15 of us, all disabled people and the woman who I rattled it at put money into the tin and said: "I support you."

'And so we thought this was initially wonderful, we could rattle the tin for some time and then go to the pub.

'We took our tin and rattled it and over the course of the next hour, the smiles faded from our faces, because no single person said "no".'

'There were people who said if they were in a wheelchair, they would also want to die.'

'It was such an awful moment for our group of people and it was the thing that solidified for me that we actually can't safely put in place in this country assisted suicide legislation.'

'It's appalling that in a state where we have huge delays for disability carer support.'

'There are people who are living in hospitals and nursing homes in Western Australia and those people don't have the support that they need to live a good life.

'We can't support people to die before we support them to live.'

The euthanasia law proposed by the state government has been criticised by palliative care specialists, by its own MPs and by opposition leader Liza Harvey, who disclosed that her husband, diagnosed with pancreatic cancer, was told he likely had six months to live (a common criteria for assisted suicide under the Oregon model, as proposed in the UK) but in fact lived for three years. In 'an emotional speech in State Parliament… she detailed the pressure placed on her to end her dying husband's life by "well-meaning but ill-informed friends who couldn't cope with their own distress witnessing the ravages of terminal cancer".'