Kiwis speak: the threat to us 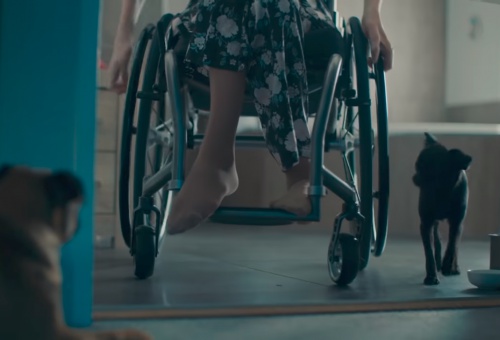 The End of Life Choice Bill proposes legal assisted suicide and euthanasia in New Zealand; the proposed criteria are comparable with those put forward in bills and legal challenges here in the UK. The NZ Parliament's Justice Committee received over 38,000 submissions from the public and published their report on the 9 April 2019. Very soon, the Bill will receive its Second Reading, when MPs will vote whether the Bill should move forward or be defeated. #DefendNZ is a grassroots movement, pulled together with the voice, support, and input of people across New Zealand - North Islanders and South Islanders; young and old; all ethnicities; and a full range of political persuasions - some of whom have shared their personal perspectives.


Euthanasia and assisted suicide are being sold as a choice - "if you don't want it, you don't have to get it". But for Kylee Black, a young woman with an incurable connective tissue disorder called Ehlers-Danlos Syndrome, living with a serious condition has taught her that choice is a relative term. Kylee's condition means that she is heavily reliant on other people, and her treatment does not come cheap. Should euthanasia become a legal option, she feels that she would have to justify to herself and others why she uses so much resources - and she'll wonder if she's worthy of it. She would feel pressured to consider 'assisted dying'.


Claire Freeman has been a tetraplegic since her neck was broken in a car accident at the age of 17. Following four failed suicide attempts, both a psychiatrist and a psychologist at a suicide outreach clinic suggested to Claire that she go overseas for assisted suicide. They saw only her disability and assumed that her life had little value. They validated her desire to die, instead of exploring the reasons behind her desire to end her life.


Dr John Fox was born with spastic hemiplegia, a form of cerebral palsy, causing chronic intense pain and mobility decline. His mobility decline means that he is "in an advanced state of irreversible decline in capability". Doctors and lawyers he has consulted say that he could be eligible for euthanasia under the End of Life Choice Bill. John is very concerned that the End of Life Choice Bill creates a "conveyer belt to suicide" for those who are seriously ill or who have disabilities. He finds this not only greatly troubling but also extremely discriminatory. John states, "If I were a 25-year-old rugby player, we wouldn't be having this conversation. Suddenly, because I'm sick, I have to stand in front of a camera and say why I think my life is valuable. This in itself is a huge problem."


In 2011, Vicki Walsh was diagnosed with Glioblastoma multiforme (GBM), also known as Grade 4 astrocytoma, an advanced form of the brain cancer that Wellington lawyer Lecretia Seales was diagnosed with in the same year. Vicki was given only 12 to 14 months to live.

In the first few years after her diagnosis, she was particularly affected by campaigns advocating for assisted suicide and euthanasia for people with conditions like hers. Vicki says that the way euthanasia was often discussed in the media - as being a noble and dignified way for the terminally ill to die - made her feel like she was "gutless" for not wanting to end her life. Vicki recalls, "It really upset me. [My husband] Dave would come home from work to find me a blithering mess because all it did was put pressure on me constantly to feel like I was being selfish by not taking my life."

Now, eight years after her initial diagnosis, Vicki is still terminal, but appreciating being alive. She worries about the messages the End of Life Choice Bill would send to people with conditions like hers - that they would feel pressured to end their lives early - and she's worried about the dangers that would come from giving doctors the legal ability to end patients' lives. Vicki doesn't think she could trust a doctor who, on one of her dark days, could help her to end her life.


In their Report on the End of Life Choice Bill, the Justice Committee has cited serious concerns about the issue of accurate prognosis.

Glenn Major was first diagnosed with Grade 2 Oligodendroglioma, a type of brain tumour, in 1997. An infection following surgery in 2002 left him increasingly disabled. In three different years (2004, 2006 and 2007) Glenn was given a prognosis of six months or less to live, and his life insurance policy was paid out on the assumption that he would soon be dead. But Glenn did not die until 2011, and in those years when he was "dying", Glenn got to watch his daughter grow up.