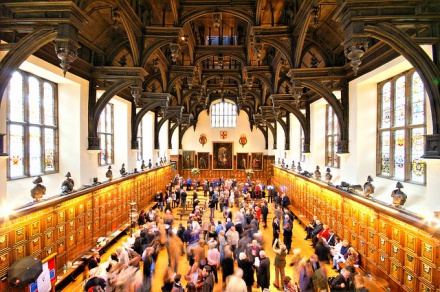 Lord Sumption, one of nine Supreme Court justices who heard the appeals of Tony Nicklinson (deceased), Paul Lamb and Martin in 2013, gave the first of this year's Radio 4 Reith Lectures at Middle Temple Hall in central London.

Taking questions afterwards, he was challenged by Ann Whaley, widow of Geoff. Mr Whaley attracted substantial media attention through his decision to die by assisted suicide at Dignitas in Switzerland, rather than continue to live with and ultimately die as a result of Motor Neurone Disease. Mrs Whaley told Lord Sumption:

'I helped him by arranging his final flight and accompaniment. By doing this I was criminally accused by an anonymous notification of our plans and I was interviewed under caution. We were terrified that Geoff might be stopped from travelling or that I might be arrested. The investigation was eventually dropped but the police intrusion into our lives devastated our family. The current law on assisted dying is not working and a huge majority of the public wants to see a change.'

'The problem is that this is a major moral issue and it is an issue on which, although you say that the public is overwhelmingly in favour, a lot of polling evidence suggests that that rather depends on the degree of detail which goes into the asking of the question. But on any view, this is a subject on which people have strong moral values and on which they disagree. There is a large number of people who feel - I'm not expressing my own opinion, I am simply pointing out that there are many people who feel - that changing the law so as to allow assisted suicide would render large numbers of people vulnerable to unseen pressures from relatives and so on. There are others who feel that the intervention of somebody in the life of another so as to end it is morally objectionable.'

'Now, the question that one has to ask is how do we resolve a disagreement like that? It seems to me that where there is a difference of opinion within a democratic community we need a political process in order to resolve it.'

Lord Sumption makes a number of interesting and pertinent observations:

The opinion polling which advocates make such efforts to trumpet is dependent on asking particular questions in particular ways, and should not be taken at face value.

'where else do we turn to but the Courts if politicians refuse to act'?

Lord Sumption is clear that the question is most properly one for Parliamentarians, and indeed it is worth quoting his opinion in Nicklinson (paras 230-242):

'Parliament has made the relevant choice. It passed the Suicide Act in 1961, and as recently as 2009 amended section 2 without altering the principle. In recent years there have been a number of bills to decriminalise assistance to suicide, at least in part, but none has been passed into law... Sometimes, Parliamentary inaction amounts to a decision not to act. But this is not even an issue on which Parliament has been inactive. So far, there has simply not been enough Parliamentary support for a change in the law... If it were possible to say that Parliament had abdicated the task of addressing the question at all, so that none of the constitutional organs of the state had determined where the United Kingdom stood on the question, other considerations might at least arguably arise. As matters stand, I think it clear that Parliament has determined that for the time being the law should remain as it is.'

Lord Sumption's words are reinforced by the fact that since they were written, the 2015 Assisted Dying (No 2) Bill was debated by MPs and rejected by a massive 330-118, and the High Court, Court of Appeal and (to an extent) the Supreme Court have considered the case of Noel Conway.

Ultimately, Lord Sumption agrees that the law we have is the law we need: one which offers weighty protection to vulnerable people, weighty disincentives to those who would exploit vulnerability - and yet compassion and mercy to those in truly exceptional circumstances. Of the 148 cases recorded as assisted suicide which were referred to the CPS by the police from 1 April 2009 to 31 January 2019, 100 were not proceeded with by the CPS and 28 cases were withdrawn by the police - the confluence of necessary scrutiny and prosecutorial discretion.

Lord Sumption is right: we need to have a law against it in order to prevent abuse. We implore Parliamentarians to keep in their sights the clear evidence which underpins that conclusion.


© Image copyright of Nick Garrod and licensed for reuse under Creative Commons License 2.0