MSPs note concerns 'that it would be impossible to put adequate safeguards in place, and... that the abuse of vulnerable people would probably take place' 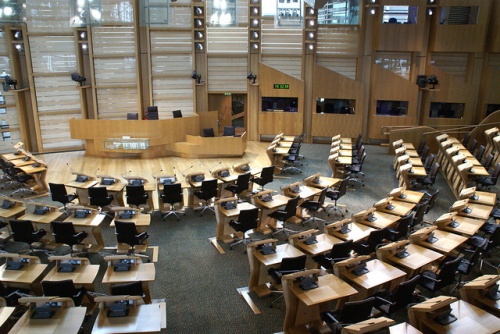 'Motions are used by MSPs as a means of highlighting local issues and achievements, and as a means to initiate debate or propose a course of action. Motions can be lodged for debate in Parliament as part of parliamentary business, for debate as part of Members' Business, to propose that legislation is agreed to or passed or simply to generate support. Other MSPs can sign up in support of motions that have been lodged. Amendments to motions are also lodged by MSPs to allow alternative points of view to be discussed and debated.'


'That the Parliament considers that the public is split in its views concerning the current laws regarding assisted dying;

'understands that, while some people support assisted dying and would like to see the current law changed, others are concerned that it would be impossible to put adequate safeguards in place, and considers that the abuse of vulnerable people would probably take place;

'acknowledges that the Parliament has twice decided that the law should remain as it is;

'believes that opposition to changing assisted dying laws has support from a wide cross-section of society outwith Parliament and from MSPs of various parties;

'considers that, while recent legal changes in a number of countries, including Canada, the United States and Australia, mean that over 100 million people around the world now have access to assisted dying, Scotland should not just follow what it sees as the current fashion, but should decide on the merits of the case;

'acknowledges the view that, while there is a strong desire from some to continue the conversation in Parliament on assisted dying, considers that there must be a question as to how frequently it returns to the same issue;

'understands that, historically, there have been some families that wished the early demise of an elderly relative for financial gain and that there could be strong budgetary pressures on the state and others to save on care costs by encouraging the assisted dying of vulnerable individuals;

'recognises the excellent palliative care provided by nursing homes, hospices and others to help those suffering from degenerative and terminal illnesses, and notes the view that dying is a serious matter worthy of proper recognition and discussion.'


The simplest thing is to ask your MSPs to add their names to the motion. You can find their names and contact details by entering your postcode at the Scottish Parliament website. Please do refer to material here on the CNK website if you would like to make the case against assisted suicide to them, perhaps referring to the latest report from Oregon, or cautionary tales from California.

© Image copyright of Ian Britton and licensed for reuse under Creative Commons License 2.0