Assisted suicide numbers continue to rise in Oregon, with over half* citing fear of being a burden as a reason for ending their lives, as lawmakers consider widening eligibility 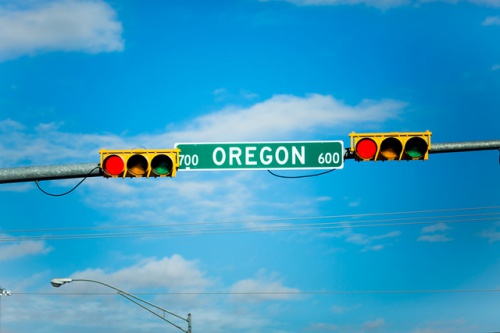 Oregon used to be the blue-eyed boy of the assisted suicide movement in England. Lionised by Lord Falconer and Rob Marris MP, it was said to show how legalised assisted suicide could be regulated and trusted, but the Westminster bills that followed it failed, with MPs rejecting the 2015 Marris Bill 330-118 because of the clear evidence that assisted suicide always becomes what it was not planned to be.

The release of the 21st annual report, for 2018, only adds to the reasons not to allow euthanasia a toehold in the UK.

Last year in Oregon, 168 people died after ingesting lethal drugs prescribed by a doctor, ten more than in 2017. To put that into context, Oregon is a state of 4.19m people; if the 168 deaths were extrapolated for a UK-sized population of 66m, the death toll would be more like 2,646. Imagine the London Palladium or Royal Opera House filled to capacity; then have 400 more people sit cross-legged on the stage; then shut off the lights. One of the reasons assisted suicide campaigners like to focus on individual hard cases is that they don't have to address how, once legalised, the practice becomes normalised, and with each passing year more and more people come to believe they too should seek death.


Over half* feared being a burden

Assisted suicide and euthanasia are often presented as resolving a medical issue, but the chief reasons cited are always existential.

Once again last year, over half* of those seeking assisted suicide not wishing to be a burden on loved ones and caregivers rose - 54.2%*. Campaigners might note that this didn't top the list: 90.5%* cited being 'less able to engage in activities making life enjoyable' and 91.7%* cited 'losing autonomy', but these are inextricably linked with the concept of being a burden and speak to the care and support available to people with terminal and incurable conditions and how those people feel in accepting these, to say nothing also of the support given to carers by employers and local authorities. The very idea of a physician endorsing suicidal intent on the grounds of not wanting to be a burden is obscene.


Some doctors prescribed lethal drugs every 10 or 11 days

Doctor-shopping is a known facet of assisted suicide in practice. Some doctors do not participate due to conscientious objections; others might assess patients who in their opinion do not meet the legal criteria. Some doctors, however, are at ease with the practice of prescribing lethal drugs to patients: the 249 prescriptions written in 2018 were made out by 103 doctors. At least one of these doctors made out 35 on their own; averaged out across the year, they sought to assist a patient's suicide every 10 or 11 days. 'Patient' suggests a meaningful relationship, but prescriptions were made out on the basis of doctor-patient relationships lasting as little as a week.


They could have lived for years

Oregon law stipulates that assisted suicide is available to 'an adult who... has been determined by the attending physician and consulting physician to be suffering from a terminal disease', the latter being defined as 'an incurable and irreversible disease that has been medically confirmed and will, within reasonable medical judgment, produce death within six months.' The flexibility of this definition has been acknowledged openly by health officials, and the statistics once more demonstrate the unreliability of a six month prognosis. Patients lived for up to 730 days between first request and death among those whose assisted suicides fell last year; that's more than two years. The record is 1,009 days - almost three years - and of course there is no knowing how long those patients could have lived even beyond those two or three years. How many of those told they were near the end and who took the cocktail of barbiturates in short order could in fact have lived for many more months or years? We can never know.

Of course, much of this would be academic if the state representatives and senators behind HB 2232 get their way: they wish to redefine terminal illness as 'a disease that will, within reasonable medical judgment, produce or substantially contribute to a patient's death.'

Last year in Oregon, three of those who died had difficulty ingesting or regurgitated the drugs, with a further four suffering 'other' unspecified complications. There were 168 deaths last year, and for 105, there is no report either way on complications. We do know that there would have been 169 deaths, but one participant 'regained consciousness after ingesting DWDA medications.' For researchers writing in the journal of the Association of Anaesthetists recently, such complications raise 'a concern that some ["assisted dying"] deaths may be inhumane'. So much for "dignity".

The 21st report is the most detailed yet with regard to the underlying illnesses of those who have died. Two people had 'Endocrine/metabolic disease e.g. diabetes', and six people had 'other illnesses'. A footnote regarding the latter says that 'includes deaths due to arthritis, arteritis, sclerosis, stenosis, kidney failure, and musculoskeletal systems disorders'. Note 'due to': 'the Oregon Health Authority, Center for Health Statistics recommends that physicians record the underlying terminal disease as the cause of death and mark the manner of death "natural"' - despite the cause of death in fact being the supply and ingestion of a prescribed overdose of barbiturates.


The Oregon statistics are a patchwork of new highs and new lows; linguistic contortions and administrative deceits. Taken as a whole, they are yet another reminder that the warm and comforting theory of advocates in the UK doesn't stand up to the buffeting of reality where legislators have made the unenviable decision to make death a form of care. The enduring lesson is clear: don't go there.


© Image copyright of Thomas Hawk and licensed for reuse under Creative Commons License 2.0


*The Oregon Health Authority published a revised edition of the February report in April, noting that the percentages concerning end of life concerns had 'been recalculated since the original report date of 2/28/2019. The original percentages did not include "don't know" answers as a negative response.' The figures as originally reported by the OHA, and thus also by CNK, were: