Expert report on complications in assisted suicide and euthanasia suggests that a relatively high incidence of vomiting, prolongation of death and reawakening from coma could render such deaths 'inhumane' 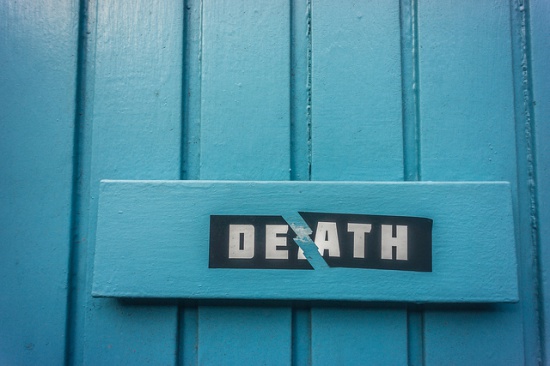 A study published in Anaesthesia, journal of the Association of Anaesthetists, and reported on in the BMJ, has found that the means employed to induce unconsciousness in those set to be euthanised or have their suicides assisted are often inadequate. The eight authors, with specialities including anaesthesiology, neurology and law, write:

'In countries where it is legal, the methods used to assist dying (voluntary, physician-assisted suicide or euthanasia) are intended to be humane, where there is unconsciousness at the time of death so that the individual suffers no pain or distress. Although the ethical dilemmas are widely debated, the precise means to achieve unconsciousness are rarely a focus of discussion.'

When advocates sing the praises of euthanasia and assisted suicide, whichever is their preferred panacea, they hardly if ever discuss the means of death. Often the impression is allowed to linger that such deaths are invariably simple affairs: the swallowing of a few pills or the quick and quiet infusion of some solution as a favourite song is played.

Life, reality, is not so simple. (All emphases ours.)

'In voluntary assisted dying (in some US states and European countries), the common method to induce unconsciousness appears to be self-administered barbiturate ingestion, with death resulting slowly from asphyxia due to cardiorespiratory depression. Physician-administered injections (a combination of general anaesthetic and neuromuscular blockade) are an option in Dutch guidelines. Hypoxic methods involving helium rebreathing have also been reported. The method of capital punishment (USA) resembles the Dutch injection technique, but specific drugs, doses and monitoring employed vary. However, for all these forms of assisted dying, there appears to be a relatively high incidence of vomiting (up to 10%), prolongation of death (up to 7 days), and reawakening from coma (up to 4%), constituting failure of unconsciousness. This raises a concern that some deaths may be inhumane.'

Going into more detail, they explain that

'Data from the Dutch protocols, and other similar methods used elsewhere, suggest that after oral drug sedative ingestion, patients usually lose consciousness within 5 min. However, death takes considerably longer. Although cardiopulmonary collapse occurs within 90 min in two thirds of cases, in a third of cases death can take up to 30 h. Other complications include difficulty in swallowing the prescribed dose (in up to 9%) and vomiting thereafter (in up to 10%), both of which prevent suitable dosing, and re-emergence from coma (in up to 2%). Each of these potentially constitutes a failure to achieve unconsciousness, with its own psychological consequences, and it would seem important explicitly to acknowledge this in suitable consent processes. Complications are still reported: difficulties with intravenous access which preclude proceeding (3%); prolonged time to death (up to 7 days from drug administration in up to 4%); and failure to induce coma (with patients re-awakening, even sitting up, in up to 1.3%), and are more common in those who are not frail.

One of the peculiarities of the annual Dutch statistical report is the reference to 'combinations'. In 2017, the Netherlands saw 6,303 deaths by euthanasia, 250 assisted suicides and 29 combinations of the two. Sinmyee et al write:

'In 'passive participation', a physician prescribes a high-dose barbiturate to be taken later orally (or administered via a nasogastric tube) by the patient them self, such that death occurs slowly as a result of cardiorespiratory collapse and asphyxia. In 'active participation' (also termed 'euthanasia' within the guidelines) a physician administers a high dose of intravenous (i.v.) anaesthetic, followed by a neuromuscular blocking drug. Euthanasia is also recommended when passive participation fails to cause death within 2 h (i.e. this being an explicit recognition that the first method can fail).'

If at first you don't succeed, try again, as the saying goes.

The authors drew on a rich pool of material, including

That being the case, they noted that

'In all of these techniques... there remains the scientific problem of knowing whether or not the patient is unconscious at the time of death. Prisoners have been reported to be clearly awake and in distress during some executions, which has led to reviews of the technique.'

Perhaps more concerning than cases where the individual distress is visible to those around, who may then seek to remedy the situation, are instances of

'accidental awareness during general anaesthesia' (AAGA), where the patient awakens unnoticed and paralysed during surgery, which is known to be a potent cause of distress'

'The inmate may receive enough sodium thiopental to mask the most obvious signs of consciousness, without receiving a dose sufficient to achieve a surgical plane of anesthesia. . . [This] creates [the] risk of inflicting severe and unnecessary pain.'

While this article is new, the many strands from which it is composed have been in evidence for years. So, do advocates of legalisation not know? Do they not care? Are they embarrassed?

Rob Marris's Assisted Dying (No 2) Bill was based on the Oregon model, and was debated by MPs in September 2015, when the following exchange occurred:

Gisela Stuart: I held two public meetings, including one at the Birmingham Medical Institute. This part of the Bill worried the medics most and they were deeply opposed to it. They said, "If I am the attendant medic, what do I do if the person starts choking? Do I intervene?" They felt that it put them in an absolutely impossible situation. What is the answer to that?

Rob Marris: That has not been the experience in other jurisdictions.

Seven months before Rob Marris gave that clear and confident answer, the Oregon Health Authority published the report for 2014. It noted that since legalisation, there had been 23 reported incidences of complications, including but not limited to regurgitation; in a further 329 cases, it was unknown whether or not there had been complications. Of all of the assisted suicides to the end of 2018, 28 had 'difficulty ingesting/regurgitated', 2 had 'seizures' and 11 had 'other' complications; for 768 - more than half - we do not know one way or the other. Washington, which uses the Oregon model, had reported two regurgitations and three seizures for 2014 alone.

Assisted suicide and euthanasia are sold always with the language of dignity and compassion: it is unlikely that advocates will adopt 'inhumane', 'failure of unconsciousness', 'vomiting' for their promotional materials. They will carry on regardless.


Read 'Legal and ethical implications of defining an optimum means of achieving unconsciousness in assisted dying' by S. Sinmyee et al in Anaesthesia

© Image copyright of William Murphy and licensed for reuse under Creative Commons License 2.0

Logan Joseph Austreng: Fri, 18 Sep 2020 14:12
I am using this for a debate in my English 1 Honors class.
Please enable javascript to post comments!
Our Position »
Live Issues »
Scotland »
FAQs »
Get Involved »
Donate »