A 104-year old assisted suicide advocate travels from Australia to Switzerland for assisted suicide, saying 'I've lived quite a good life until recently. The last year has been less satisfactory for me because I couldn't do things.' 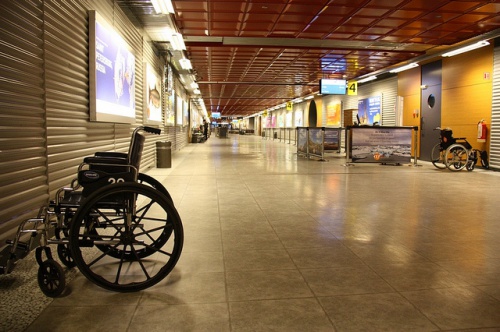 British-born David Goodall was 'a highly respected ecologist, authoring more than 100 research publications and supervising numerous students... [whose] career spanned more than seven decades and took him around the world, with positions at the University of Reading, University of California and CSIRO.'

He told journalists at a press conference: 'At my age, and even at rather less than my age, one wants to be free to choose the death and when the death is the appropriate time. My abilities have been declining over the past year or two, and my eyesight for the past five or six years, and I no longer want to continue life.' The scientist crowdfunded his final journey from his home in Australia to Switzerland, dying at Basel's 'Life Circle Clinic' on 10 May. Goodall was accompanied by his grandchildren and died listening to Beethoven's 9th Symphony. 'As he elected to receive a lethal injection, Dr Christian Weber administered a cannula to David's arm. David turned the wheel to allow the solution to flow. David fell asleep within a few minutes and died a short time afterwards at around 12.30pm. Dr Philip Nitschke was present at David's death and was proud to have been appointed "music director."'

Nitschke, mentioned above, founded and leads the controversial suicide assistance advocacy group Exit International, of which Goodall was a member for 20 years.

'Professor Goodall is correct in one thing, scrapping legal protections for one group leads to assisted suicide and euthanasia for those with non-terminal conditions, disabilities and the vulnerable - with or without any further change in the law.

'There is no safe system of legalised assisted suicide or euthanasia anywhere in the world.

'In Switzerland, where assisted suicide is legal, according to the Swiss statistics office there were 965 assisted suicide deaths in 2015, a 2,000% increase from the 43 in 1998. Amongst those travelling from abroad to end their lives at the notorious Dignitas facility have been many people who could not by any stretch be described as terminally ill - and included cases of people who could have lived for decades ending their lives - with arthritis, blindness, spinal injury, diabetes, mental illness - or people who were essentially well but could not bear to live without their spouses.

'In Holland and Belgium, legislation that was only meant to apply to mentally competent terminally ill adults, has been extended to include the elderly, disabled, those with mental health problems and even non-mentally competent children.

'Last year in Holland 169 dementia patients were euthanised and 83 people with a psychiatric disorder were killed by the state. This included the case of Aurelia Brouwers a 29-year-old Dutch woman. Aurelia suffered from a range of mental-health issues - She was not terminally ill or disabled. In December 2017, her life was ended despite her documented and treatable psychiatric problems.

'While in Oregon and Washington, the model often pushed by those calling for a change in the law, there are examples of cancer patients being denied lifesaving and life extending drugs, yet offered the lethal cocktail of barbiturates to end their own lives.

'Perhaps most disturbing is that in both of these US states, peer reviewed official studies found that the majority of those who opted to end their lives cited the reason of being burden on their families and carers. Is this really what we want to replicate in the UK, where disabled, elderly, vulnerable people and those with mental health problems feel under pressure to end their lives?

'This safest law is the one we currently have and why British Parliaments have rejected the law more than 10 times since 2003.'

Listen to Dr Saunders discuss the case on LBC radio:

© Image copyright of Bart and licensed for reuse under Creative Commons License 2.0