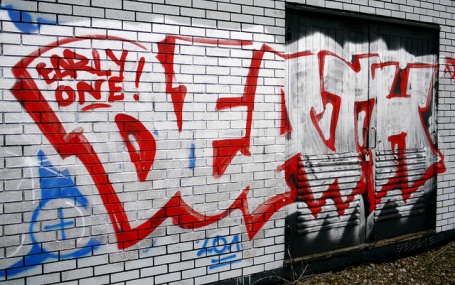 Dr Philip Nitshcke, who has accrued considerable attention over more than 20 years for his championing of suicide as a response to life's problems, was recently given carte blanche by the Huffington Post to outline his latest wheeze: a new 3D-printed death machine, to be exhibited at the Amsterdam Funeral Fair. Nitschke first attracted international fame when, in the few months of Australia's Northern Territory permitted assisted suicide in the 1990s, he was the only doctor to facilitate suicides under the law, using a 'euthanasia machine' of his own devising. Since then, he has channelled his efforts through 'Exit International', whose activities include:

'When a button is pressed, the Sarco will fill with nitrogen, resulting in the person losing consciousness after one minute and dying after five minutes.'

'A person who wants to use Nitschke's machine to commit suicide has to do an online test to show that they are sane and want to die of their own will. They then receive a four-digit code that is valid for 24 hours. After entering the code into the machine, a special button can be pressed to begin the process.

'A funeral fair spokesman said that visitors "can undergo the entire experience with virtual reality glasses to see if this could be a preferred life ending for them." Through the virtual glasses, the visitors can choose a view of the Alps or the sea as their last moment. They then press the suicide button, after which the sight with their virtual reality glasses will slowly turn black. Dr Nitschke developed the Sarco with engineer Alexander Bannick in the Netherlands, with the aim of making it available worldwide. Rather than looking for a "dignified" death, Dr Nitschke says it could a "euphoric" experience.'

(This is not the first time Nitschke has linked assisted suicide with emotional reactions and sensations somewhat removed from 'dignity'.)

Dr Peter Saunders, reacting to the Huffington Post's decision to publish a guest piece by Nitschke concerning the invention, commented:

'Philip Nitschke (aka "Dr Death") is a notorious extremist and self-publicist who through his shameless promotion of suicide as an answer to life's problems puts the lives of vulnerable elderly, depressed and disabled people at grave risk. He is on public record as promoting assisted suicide to anyone who wants it, 'including the depressed, the elderly bereaved, (and) the troubled teen' and runs seminars where he advises on the sourcing, supply and use of barbiturates, helium, nitrogen and other means to end one's life.

'His actions are in breach of the Suicide Act 1961 which forbids the encouragement or assistance of suicide and he has been implicated in many suicides worldwide including among vulnerable young people.

'It is deeply regrettable that Huffington Post has given him an international platform to pedal his ideology and promote his latest death machine. This runs the additional danger of glamorising suicide and promoting suicide contagion and breaches both national and international guidelines on suicide prevention.

'Both the International Association for Suicide Prevention in partnership with the World Health Organisation, and the Samaritans, have, in the last few years, updated their own resource or guidelines for media professionals. In March 2009, the PCC's Editors' Code of Practice was further amended in the aftermath of the series of deaths of young people in and around Bridgend, South Wales.

'While the WHO international guidelines on suicide portrayal are based on the well-established fact that media reporting of suicide or related issues can lead to imitative suicidal behaviours. This phenomenon is variably termed suicide contagion, copycat suicide, suicide cluster or the Werther effect. The nature of the portrayal determines the level of the risk to impressionable or vulnerable people.

'The WHO recommendations to media professionals include the following:

'The Huff Post article certainly appears to fall short of these comprehensive safeguards.'

© Image copyright of Delete and licensed for reuse under Creative Commons Licence.