HB 2739 - 'A Bill For An Act Relating To Health' - set to be enacted as the 'Our Care, Our Choice Act' by Governor David Ige today 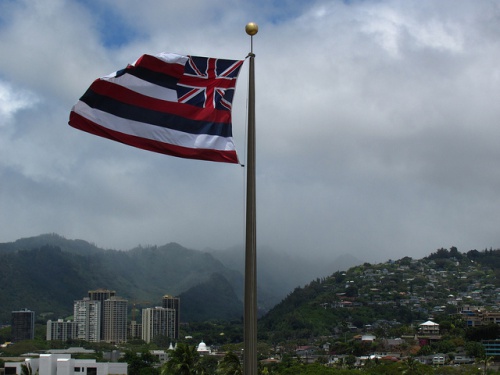 Despite the bill's preamble noting that of at least 30 US states which have considered assisted suicide laws, only 5 have approved them, legislators in Honolulu have passed a law providing for physician-assisted suicide, based on the Oregon model. Hawaii's House of Representatives voted 39-12 in favour on 6 March, and the Senate voted 23-2 on the 29th to send it to the Governor. Governor Ige is set to sign it into law today (5 April).

HB2739 'Establishes a regulated process under which an adult resident of the State with a medically confirmed terminal disease and less than six months to live may choose to obtain a prescription for medication to end the patient's life. Imposes criminal sanctions for tampering with a patient's request for a prescription or coercing a patient to request a prescription.'

The law is a deeply political text: in denoting 'the right to choose to avoid an unnecessarily prolonged life of pain and suffering', the framers wilfully conflated interventionist, life-prolonging care with allowing for natural death, often including the cessation or withdrawal of certain treatments alongside ever-evolving palliative care options. The law also requires that the underlying illness be recorded as the 'immediate' cause of death. Terms such as 'assisted dying' and 'aid in dying' might be considered examples of extreme poetic licence, but to register cancer (for example) as the 'immediate' cause of death when the heart stopped beating that day entirely as a result of ingesting a barbiturate is not only a lie, but one now mandated by state law.

Immediately after noting that most US states, on considering such laws, say 'no', the framers further noted that:

'Hawaii patients who are terminally ill and mentally capable currently have access to options which can, in most cases, alleviate their suffering during the dying process. Palliative care, hospice care, VSED (voluntarily stopping eating and drinking), or stopping artificial ventilation or other life-sustaining therapy to allow a comfortable natural death are options currently available to terminally ill persons in Hawaii. However, physicians and other health care providers often do not offer these options to their patients. These options also do not always result in a quick or peaceful death.'

They identify the failure to supply all patients with care which we know substantially improves quality of life in most terminally ill patients, but instead of addressing that gap, jump straight to a solution involving doctors helping patients end their lives.

The law is also likely to operate as does Oregon's with regard to the assessment of terminal illness, which is described as 'an incurable and irreversible disease that has been medically confirmed and will, within reasonable medical judgment, produce death within six months. "Terminal disease" does not include age or any physical disability or condition that is not likely to, by itself, cause death within six months.' There are many conditions which would not obviously be considered terminal but which could be if the patient discontinued particular treatment, and Oregon health officials have freely conceded that these would be eligible for assisted suicide. The above quoted legal text goes out of its way to suggest the law will not threaten disabled people, but many have noted that without mechanical and medicinal interventions which have not only sustained but maintained the quality of their lives, they would quite likely become considered terminally ill. The elasticity of the term is extraordinary.

One little curiosity of the law is the requirement that applicants be assessed by a psychiatrist, psychologist, or clinical social worker - an assessment which it is explicitly stated can take place by 'telehealth'. Hawaii law defines telehealth as 'the use of telecommunications... including but not limited to real-time video conferencing-based communication, secure interactive and non-interactive web-based communication, and secure asynchronous information exchange, to transmit patient medical information'. So if you are concerned that, as if often the case, the doctors signing off on applications might be relative strangers who can't well attest to the patient's condition (link - see point 9), you can take reassurance from a Skype counselling session ruling out depression or coercion.

Not counting the District of Columbia, Hawaii is now the sixth state to have legislated for assisted suicide. The Oregon model may have travelled 2,500 miles, but it still hasn't come that far: quite aside from most proposals still failing in the weight of evidence-based arguments against (since 1997, more laws have been passed explicitly prohibiting assisted suicide than allowing it), there is also the fact that the model's weaknesses have never been adequately addressed. To take just one example, every year in Oregon and Washington, patients die after surviving more than twice as long as two physicians signed to say they could do - how many who didn't wait missed out on precious time? Hawaii will soon be faced with the same question, and many others.


© Image copyright of Loren Javier and licensed for reuse under Creative Commons Licence.