Guernsey's Policy and Resources Committee, the senior governmental body, and the Guernsey Disability Alliance have both stated their opposition to assisted suicide and euthanasia proposals ahead of a 16 May vote 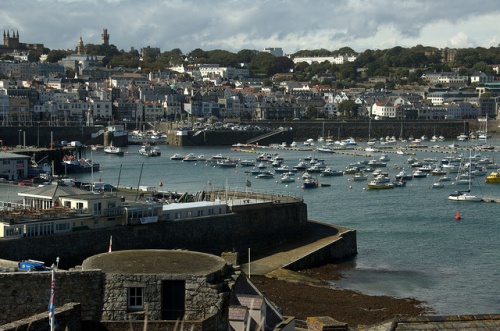 The forty members of the States of Guernsey will debate a requête (proposal) laid down in a personal capacity by Chief Minister Gavin St Pier and six other deputies, aimed at providing for euthanasia and/or assisted suicide. The requête was founded on seven questions which threw wide open the nature of what might finally enter into law, including whether it would concern assisted suicide or euthanasia, whether it would be restricted to people with terminal diagnoses, whether there would be an age restriction, whether non-residents would qualify and whether doctors would have conscience rights.

Similar proposals put to deputies in 2002 foundered two years later after the Policy Council recommended 'there should be no change to the current legal position in order to support euthanasia in any form.' The Policy Council has since been replaced as the most senior committee, in the course of Government reform, by the Policy and Resource Committee (PRC) and it was reported on 8 May that the PRC had:

'voted unanimously to stand against the proposals, which were submitted by seven deputies including Deputies Gavin St Pier and Lyndon Trott - both committee members who were recused from the vote.

'The committee gave three reasons for going against the President of Policy and Resources:

The '23 priorities' mentioned include:

The full letter to the Presiding Officer can be read at the States' website.

On the same day, the Guernsey Disability Alliance (GDA) released its view:

'The Executive Board is conscious that where and how the lines are drawn across the continuum of persons seeking assisted dying is a particularly crucial issue for socially vulnerable groups, including persons with long-term disabilities and persons living in poverty (a group in which disabled people are disproportionately represented). Because persons in the last stages of a terminal illness are by that stage also invariably disabled, this issue is extremely important to us.

'In the absence of a clear definition of assisted dying and clear specification of qualifying criteria, we have adopted a position against the requête authorising the legalisation of assisted dying in Guernsey at this time on the basis of what we take to be factually warranted concerns about the preparedness of this jurisdiction for its implementation. We believe it is of paramount importance that the requête should be defeated.'

The GDA 'was formed in 2008 and is a collective voice for individual disabled islanders, their family members and more than 40 member-charities... We want to change how Guernsey thinks about disability. We campaign for greater respect for the rights and dignity of disabled islanders and carers.' Significantly, the GDA is one of a small number of organisations singled out in the original requête (alongside 'the Committees for Health & Social Care and Home Affairs... [and] relevant UK bodies such as the British Medical Association') as needing to be consulted should the proposals move forward.

The BBC reported comments by the GDA's Karen Blanchford, who said:

'It's really hard to ask the membership at a time when we're focused on equality legislation and we have a timeline on that for 25 May - another really, really big question within a very, very short timeline. I would say that we, so far, have not had one strong representation in favour.'

You can read about Care for Life, the campaign in Guernsey against the proposals, at careforlife.gg

© Image copyright of James Stringer and licensed for reuse under Creative Commons License 2.0