'Surprised to wake up'

A man from Inverness, living with MS, put off his plans to have an assisted suicide in Switzerland when he was made aware of support available 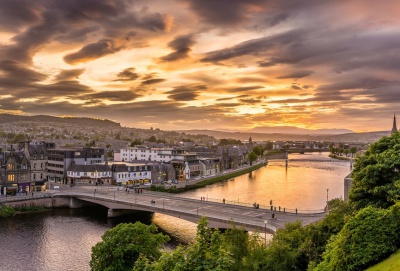 Colin Campbell, from Inverness, was diagnosed with multiple sclerosis (MS) in 1995 after he started to find it more difficult to take part in sport and within months, he had had to leave his job as an IT consultant owing to the disease's progression. The BBC reports that:

He became more vulnerable to illnesses and, as a single man in a second-floor flat with no lift, he felt like a "prisoner" in his own home, unable to get in and out easily. Over time, he slowly lost contact with friends.

'I decided I couldn't cope with another winter after I was hospitalised twice within three months,' he says.

By April 2017, he decided the best solution was to apply to a Swiss service which facilitates assisted voluntary suicide, and was quickly approved for the procedure.

He was scheduled to die on Thursday 15 June 2017, but his participation in an STV programme about assisted suicide brought him into contact with fellow Invernessian Rona Tynan, who also has MS.

It has impaired the movement in her left side and started to weaken her right side too. A wife and mother, she says she has an active and happy life, although a year ago she had felt similarly hopeless.

When her cousin realised Rona wasn't getting the help she was entitled to, social services were quickly contacted and more support was established.

'My big concern was whether Colin had in place all the correct back-up to give him a better quality of life and I really wanted to try and see if I could help him,' she says.

Rona's concerns were well-founded. When they met, with just a few weeks to go before the deadline, she discovered Colin was poorly informed of the assistance available to him, including how something as simple as a mobility scooter might help.

'I'm a girl that likes to get about town and a scooter basically gave me my life back. I wanted Colin to try this so he's not stuck and isolated,' she says.

'Sometimes you think you haven't got a lot going for you, but I feel fresh air, people and friends would make a big difference in Colin's life.'

Rona secured a scooter trial for Colin which he found helpful, but despite her knowledge of the system, she says she has found it difficult to get all the necessary support even for herself.

'I have spent thousands on things like stair lifts and private care but still haven't got a ramp. If these things were given to us, or proper help given earlier, I think life would be a lot easier.'

NHS Highland says it provides every MS patient with a specialist nurse to inform them about the support available and in Colin's case continues to work with him 'to provide support and advice'.

Rona is surprised that, given Colin had gone public on his decision to end his life, no service had intervened or suggested he give other services a go.

'I just think it's very sad that this man went out to Switzerland not knowing the simple things,' she says.

Colin has settled into a new life and new ground-floor flat in Greenock, nearly 200 miles (322km) from Inverness.

Despite the long-distance relocation, he says: 'It's great. I get all my meals and essentials done for me'.

You can read more at the BBC news website.

'I was quite surprised to wake up on the Friday,' he says.

'The Thursday morning was unusual as I had publicly declared it would be the day of my death and I'd been so prepared I'd be gone, but I'm still here.'