'As someone who has seen the ugliness of a slow demise, I reject the notion that dignity can be measured by the level of pain or the speed in which the individual dies' 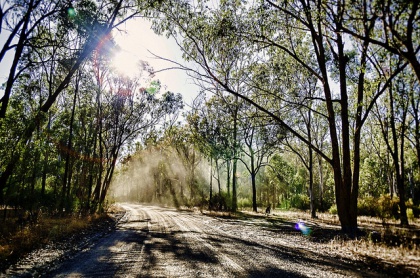 Grace Middleton, a dental nurse completing a postgraduate degree at Melbourne University, wrote recently for The Spectator regarding the Voluntary Assisted Dying Bill before legislators in the Australian state of Victoria.

Henri Joyeux was a strong, interesting, and intelligent man... As a grandfather, he invested time to listen and talk to his grandchildren, to tell the worst jokes in the world, and even permitted a certain granddaughter to hack at his eyebrows when she decided hairdressing was her destiny.

Following his stroke in 2010, Grandpa battled physical pain and a loss of independence. The greatest of his suffering, however, was emotional - a sense of uselessness and frustration clawed at him. I remember the frequent breakdowns Grandma would have, of Mum's eyes welling and her voice breaking once he had to be moved into a nursing home. I remember the small cans of Sprite he would sip, of the cross necklace which lay on his tired chest, the smell of his aftershave, and pictures of our family which lined his bedroom walls. I remember watching his vigour for life waste, so slowly.

One of the most compelling messages from euthanasia advocates is that physician-assisted suicide would provide the terminally ill dignity in their death. But as someone who has seen the ugliness of a slow demise, I reject the notion that dignity can be measured by the level of pain or the speed in which the individual dies. My Grandpa's dignity was inherent in his worth as a human being - it wasn't diminished by having others care for him and it wasn't neutralised by him no longer contributing to his community in a manner some may have deemed productive. I have no doubt the intentions of many of the 47 Victorian politicians who voted for the Voluntary Assisted Dying Bill were good, but if this bill should pass the upper house, good intentions will not mean much.

In Belgium - my Grandpa's homeland - assisted suicide is now a cultural norm. Where once euthanasia was restricted to patients in a "medically futile condition," the premise of legalising it in the first place (that the individual should have control of their own death and some suffering is great enough to warrant the termination of life) has now seen assisted suicide laws expand to include patients who are children and those with mental illness, chronic fatigue, depression, anorexia, autism, and visual/auditory impairments. Likewise, in the Netherlands, children and those suffering from mental illness can now access assisted suicide.

The bill reflects a great moral question: are we able to decide whether people would be better off dead?

Read 'Lessons for life from dying' by Grace Middleton in full.