Quebec legislated for euthanasia months before the Supreme Court-mandated federal legislation came into being. After just two years, comparisons are being made with the Belgian experience. 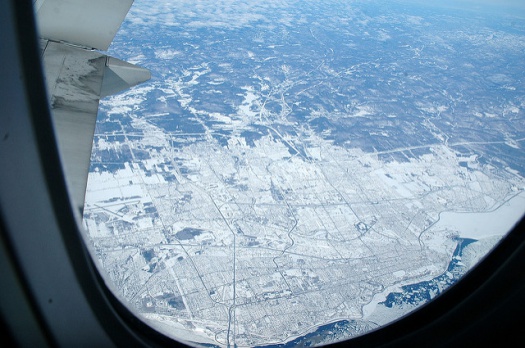 Aubert Martin is the Executive Director of Vivre dans la Dignité (Living with Dignity), a Quebec-based organisation. This article was written for and originally published by MercatorNet.

The law that legalized euthanasia in Quebec - under the euphemism 'medical aid in dying' - came into effect exactly two years ago, on December 10, 2015. Many promises preceded its intrusion into our health system: that this would be an exceptional measure for exceptional cases, that there would be safeguards to prevent abuse, and that very strict criteria would protect vulnerable people. In any case, they told us, it was 'first and foremost a law about access to quality palliative care throughout the province.'

Today, we have concrete experience, from right here at home, that allows us to respond to a crucial question: what are the facts after two years?

First of all, the statistics blew reassuring forecasts out of the water, so much so that, in the public discourse, exceptional measures rapidly transformed into a response to a need. In fact, while we were offered a hundred or so requests in the first year, the final result shows that 469 people died by euthanasia in 2015-2016, and 638 in the following year.

In comparing our numbers to those of Belgium (as a percentage of total deaths), we observe that the first year in Quebec corresponds to the sixth year in Belgium, and that our second year is between the seventh and eighth years following the Belgian law. This is to say that Quebec threw itself headlong into death as a solution to suffering.

With respect to the 'safeguards', it is already clear that they do not work. First, let us recall that these safeguards are based on a biased foundation: that of self-reporting. In fact, the physician who evaluates the patient and makes the diagnosis is also the one who causes the patient's death, and the one who then completes the declaration form to explain to the oversight commission the conformity of his act.

Yet, despite this conflict-of-interest situation which works in favour of the people who administer the deadly injection, the Commission sur les soins de fin de vie (CSFV), in charge of evaluating the application of the law, concluded that there were 21 cases of abuse during the first year and then 31 cases of abuse in the following year. Needless to say, so many infringements put vulnerable people at great risk. However, the most dramatic failure came from the College of Physicians, which judged that 'no case justified a punitive intervention.' In doing so, it opened the door wide to repeated violations of the law, justifying their impunity.

Meanwhile, these two years of euthanasia in Quebec have turned the exceptional measure into a promotable solution: safeguards became barriers to access, and the strict criteria - intended to protect vulnerable people - became cruel and discriminatory.

Unsurprisingly, we are also seeing strong pressure to expand access, particularly to people who are not at the end of life, who are unable or too young to consent, or who suffer from psychiatric disorders. By the same token, the tendency that is taking shape before our eyes is transforming euthanasia, originally sold as a personal choice - which nevertheless involves the whole of society - into a choice… for another person.

In conclusion, the facts show that, for the past two years, the situation in Quebec is falling increasingly out of control. Moreover, there has been no effective follow-up on access to palliative care as priority is given only to euthanasia. Thus, for the second year in a row, the Commission mentioned in its report that the 'variability of reported information with respect to the number of individuals at the end-of-life who received palliative care does not allow for the processing of these data at this time' (CSFV Report 3.2.1).

Of course, once euthanasia has been sold as a benefit, a gesture of compassion and even a form of health care, this reversal of collective thought is far from surprising.

Yet as a young French writer recently wrote, better to fight so that the last caress of a physician to comfort a patient in her last anguish be by a hand that heals and not one that kills. And so that the last glance received be one of love, humanity, and life.

And while waiting for this salutary reversal, we should ask ourselves, in the light of the facts after two years of euthanasia in Quebec, what is the purpose of having a law, an oversight committee and criteria if it is optional to respect them?