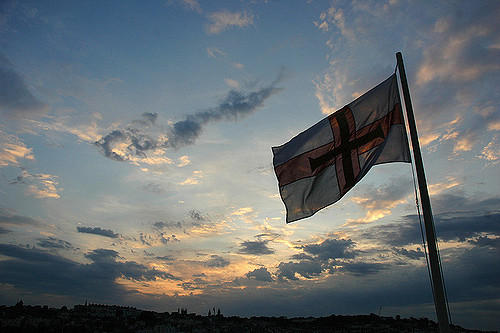 According to reports (Mirror, Times, Guardian, Telegraph), the States (parliament) of Guernsey (a self-governing crown dependency, and so not actually part of the UK) will in May consider a requête* concerning 'assisted dying'.

The motion was laid down by Chief Minister St Pier and six other deputies - there being 38 in total, alongside two representatives from Alderney. The deputies note that a similarly intentioned requête in 2002 was initially approved by a majority, but then passed to a 'Working Party under independent chairmanship to consider the social, legal, medical, ethical and spiritual issues' surrounding such a change. Their report was considered by the Policy Council, who concluded that 'there should be no change to the current legal position in order to support euthanasia in any form... Following debate in October 2004... the States resolved to accept the Policy Council's recommendations.'

Similarly, should the States support this latest requête, it would not be the final word but rather that 'the States agree in principle to the development of a suitable legal regime to permit assisted dying in Guernsey subject to and conditional upon... the development of appropriate and effective capacity legislation and any other legislation which may be required; and... [a report within 18 months from a Working Party] with recommendations for a suitable legal regime'. The requête highlights seven questions in particular, including:

'It is disappointing to see yet another attempt to legalise assisted suicide.

'These proposals are deeply flawed and as we have seen in the tiny number of countries that have introduced similar laws are open to abuse and incremental extension.

'In Oregon we have seen suicide rates increase dramatically, patients refused life saving and life extending treatments and lethal drugs being handed to vulnerable people with treatable mental health problems. While a US study of those opting to kill themselves found the majority did so because of fear of the condition or fear of becoming a burden on their loved ones.

'This is why changing the law on assisted suicide and euthanasia is opposed by every major disability rights organisation and doctors' group, including the BMA, Royal Colleges and the Association of Palliative Medicine.

'It has been repeatedly rejected by parliaments across the UK and by successive judges, most recently in 2015 when MPs overwhelmingly rejected legalising assisted suicide by 330 votes to 118. During the debate Parliamentarians acknowledged that there is no safe system of assisted suicide and euthanasia anywhere in the world, that changing the law would send out a negative message about those who are terminally ill, disabled or old and might pressure some into ending their lives because they feel that they have become either a financial or care burden. As 11 times medal winning Paralympian Tanni Grey-Thompson commented: "Legalising assisted suicide will only serve to reinforce deep seated prejudices that the lives of sick and disabled people aren't worth as much as other people's."

'So discriminating against the terminally ill and disabled people in law, by removing important and universal protections, risks putting pressure on vulnerable people to end their lives, because of real or imagined fears of being a burden upon relatives, carers, or on a state and health care system that is desperately short of resources.

'The current law exists to protect those who are sick, elderly, depressed, or disabled from feeling obliged to end their lives. It does not need changing.'

* 'a request to the Presiding Officer, made in writing and signed by any seven Members (but not more than seven), that a matter other than a motion of no confidence be laid before a Meeting' (The Rules of Procedure of the States of Deliberation)