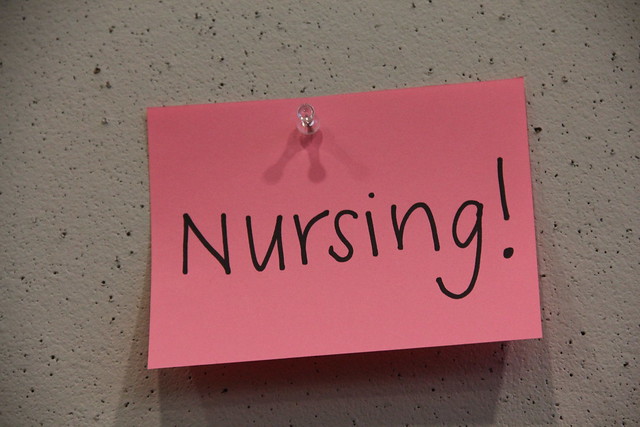 'In total, 5,346 UK nurses and healthcare assistants... from across acute, community and hospice care... took part in our third annual survey conducted with the charity Marie Curie. Overall, their responses identify staffing levels and time as the two key barriers to high quality care.'

'One emergency nurse told of feeling "upset and frustrated" at not having enough staff or enough time to care for dying patients. Another said that finding ten minutes to sit at a bedside is difficult, while one admitted: "There just aren't enough staff, resources, funding, time to care. It's heartbreaking."'

Presented with a range of potential 'barriers to you being able to provide care to people who are in the final months, weeks or days of life', 65% selected 'staffing levels' as one of 'the main barriers'.

'Staff shortages are placing nurses under intolerable strain right across the NHS, and it is not surprising that nurses caring for people at the end of life feel unable to provide the level of care that these patients and their families expect and should have.'

The report notes that 'nurses, particularly those from busy acute wards, spoke about how they had to look after as many as 12 or 13 seriously unwell patients and struggled to find the time to provide the care they wished due to other demands.'

'On the busy ward, I've got a feeling that I might neglect patients in their final stage of life.'

'Unfortunately end of life patients in my area are on the same wards as acutely unwell patients... I feel we have to give urgent care the priority and it leaves me and my colleagues feeling very frustrated, and I often spend my break with the end of life patients and their families.'

The report adds that 'while some hospice respondents said they had all the time they needed, even in this specialist environment some said staffing pressures could limit the care they wanted to give. "The hospice has become busier and less qualified staff means that care and extra time is sometimes compromised," one hospice worker said.'

The survey's results included repeated references to inappropriate acute admissions at the end of life and perhaps even more worryingly, delays in discharging patients - ill-afforded when time is short.

'More than nine out of ten respondents (92%) have seen dying patients stuck in hospital waiting for arrangements to be made to allow them to leave.'

'Almost half of respondents (48%) always or often see delayed discharge for end of life patients. Only 8% said they never see this happen.'

'Insufficient community care, a shortage of hospice and nursing home beds, poor communication between services, waits for equipment and transport, and slow approval of funding were among the problems highlighted by nurses.'

'Many, including district nurses, said there was insufficient community care for patients who want to die at home... "Most of the end of life care that I give is for single people with no family, they all say that they would prefer to die at home."'

'There seems to be more fragmentation in services, which affects vital continuity of care for patients and their families during a very significant part of their journey through life and death. There is only one opportunity to get end of life care right for people, when it doesn't go well it can affect a family for many years.'

In the broader debate on the needs of dying people, it is often suggested that palliative care is insufficient to alleviate suffering, but this latest research serves as a reminder that all too often, failings are caused not by inability or lack of will on the part of healthcare professionals, but inadequate resourcing and poor planning.


© Image copyright of clemsonunivlibrary and licensed for reuse under Creative Commons License 2.0