Senior healthcare professionals and rights campaigners denounce inappropriate and even 'discriminatory' misapplications of an ordinarily valuable clinical tool, as the country grapples with Covid-19. 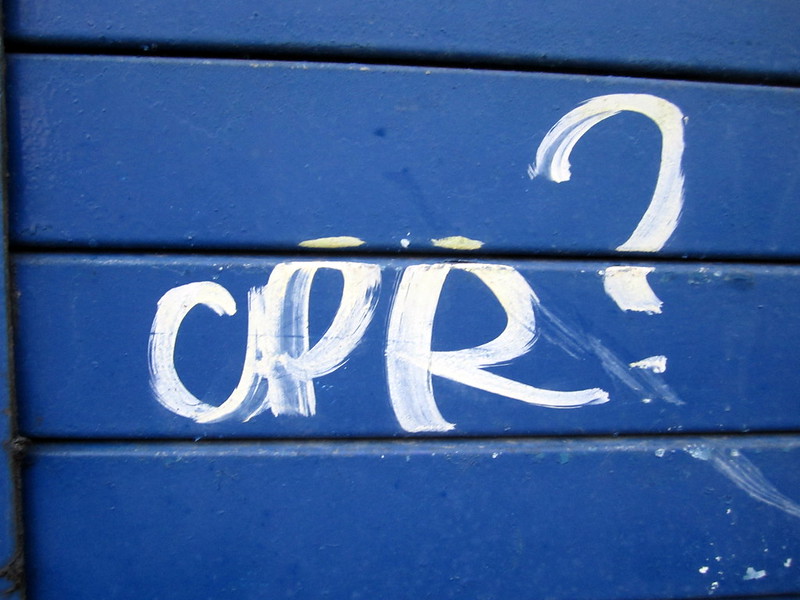 Dr Antony Latham, writing in the Herald on 1 May, explains that:

'DNACPR (do not attempt cardio-pulmonary resuscitation) forms are sometimes agreed upon with specific patients, normally when they are very frail or have some terminal condition. It is part of carrying out Anticipatory Care Planning with our patients, which is being done all the time. DNACPR forms are valuable to prevent unnecessary and distressing CPR being carried out. Ambulance crews are obliged to carry out CPR for a prolonged period if they are called to a patient with cardiac arrest and there is no DNACPR form.'

'Health workers are now being advised to have discussions with their more vulnerable patients in the community to ask them if they would like CPR performed in the event of them contracting the virus.'

'There are a number of problems with having these CPR discussions in the community right now. First, they may put pressure on the patient to agree to a DNACPR decision in a time of uncertainty and anxiety… [and] though most health workers would conduct such discussions sensitively, the patient may sometimes receive the impression that they are not as valuable as others or as a worthy as others to receive CPR.'

The Covid-19 crisis has seen a stream of incidents involving the inappropriate urging of DNACPR orders.

In one noted example, The Guardian reported that:

'Llynfi surgery, in Maesteg near Port Talbot, wrote to a 'small number' of patients [on 27 March]… noting people with illnesses such as incurable cancer, motor neurone disease and pulmonary fibrosis were at a much greater risk from the virus.

'"We would therefore like to complete a DNACPR form for you which we can share… which will mean that in the event of a sudden deterioration in your condition because [of] Covid infection or disease progression the emergency services will not be called and resuscitation attempts to restart your heart or breathing will not be attempted," it continued.

'"Completing a DNACPR will have several benefits," it claimed. "1/ your GP and more importantly your friends and family will know not to call 999. 2/ scarce ambulance resources can be targeted to the young and fit who have a greater chance."'

'"We will not abandon you," it said. "But we need to be frank and realistic."'

Further headlines have been made following the proposal of DNACPRs for (among others) adults with autism and other learning disabilities, and for children with cancer.

'shocking examples where blanket decisions seem to be being made about the care and treatment options that will be available to older and vulnerable people, who have felt pressurised into signing Do Not Attempt CPR forms. Alongside this, many of the people affected have experienced fear and anxiety, and feel that their lives and wishes do not matter.'

On the same day, the Chief Nursing Officer for England wrote to all NHS trusts, CCGs, GP practices and providers of community health services, emphasising:

'that each person is an individual whose needs and preferences must be taken account of individually. By contrast blanket policies are inappropriate whether due to medical condition, disability, or age. This is particularly important in regard to "do not attempt cardiopulmonary resuscitation" (DNACPR) orders, which should only ever be made on an individual basis and in consultation with the individual or their family.'

In a time of increased anxiety and awareness, such conversations and decisions require not just no less, but more sensitivity and individualisation. Otherwise, Dr Latham concludes:

'There could be a danger here of categorising patients into those who are worth resuscitating and those less deserving of it as human beings. All our patients are humans of equal worth, and our right to life does not depend on age, disability or any other criteria.'