Care Not Killing responds to dangerous new guidance that weakens safeguards for brain-damaged patients, including those with stroke and dementia 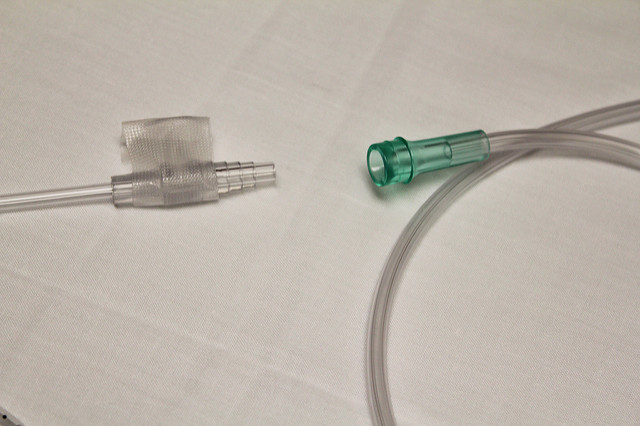 
Care Not Killing has expressed "disappointment" and "concern" with the newly published guidance from the British Medical Association (BMA) on the withdrawal of clinically assisted nutrition and hydration (CAHN) from brain-damaged patients.

It means that clinical staff can now effectively starve and dehydrate people to death without having to go to the Court of Protection if it is deemed to be in the patients 'best interests'.

This will affect up to 24,000 patients with permanent vegetative state (PVS) and minimally conscious state (MCS), but in a worrying development the BMA have extended the guidance to include those suffering with severe strokes and dementia.

People with PVS (awake but not aware) and MCS (awake but only intermittently or partially aware) can breathe without ventilators but need to have food and fluids by tube (clinically assisted nutrition and hydration or CANH).

These patients are not imminently dying and with good care can live for many years. Some may even regain awareness. But if CANH is withdrawn, then they will die from dehydration and starvation within two or three weeks.

Until last year all cases of PVS and MCS have had to go to the Court of Protection before CANH could be withdrawn.

'It is extremely disappointing and concerning news that the BMA have tried to bury this bad news, by sneaking it out during the last 24 hours.

'It removes an important safeguard from those without a voice and makes no allowance for emotional and financial pressure that loving families and medical staff will come under, whether perceived, or real.

'It costs about £100,000 per year to care for a person with PVS or MCS, a total cost of around £2.4 billion annually and we all have heard how the NHS is struggling. It is important therefore that we don't add to this pressure medical staff and administrators are under, no matter subtle.'

The new guidance replaces the rules established after the Tony Bland case in 1993. Under them the Court of Protection approved the removal of CANH from over 100 people, but importantly it also rejected some applications. This is why CNK opposes the removal of this important independent safeguard.

The BMA brought forward their guidance following the ruling in two cases last year (known as M and Y). The High Court ruled that if the relatives and medical staff agreed that withdrawal of CANH was in the patient's 'best interests' then the court need not be involved.

The Official Solicitor appealed this decision to the Supreme Court in a hearing in February, but the judges upheld the decision of the High Court.

'This guidance makes no difference in principle between turning off a ventilator and removing a feeding tube as both are "forms of medical treatment". It also fails to treat patients with PVS and MCS differently to people with "severe stroke" a "degenerative neurological condition" or "other conditions with a recognised downward trajectory".

'It fails to recognise the latest peer reviewed research from the American Academy of Neurology (AAN), the world's largest association of neurologists and neuroscience professionals, which just this summer published a paper detailing the difficultly in reliably diagnosing the extent of brain damage in patients.'

A summary of this study together with an accompanying literature review was published online in August 2018 in the medical journal Neurology. An accompanying press release summarises the main points.

It found four in 10 people who are thought to be unconscious are actually aware. One in five people with severe brain injury from trauma will recover to the point that they can live at home and care for themselves without help. And went on to recommend that the term PVS should be dropped.

Care Not Killing, also highlights the advances that are being made in the treatment of some acute brain injury because of brain cooling techniques, intracranial pressure monitoring and neurosurgery, as a reason to be cautious in making this change.

While citing recent experiences around the Liverpool Care Pathway, and in the Gosport hospital, that should make us wary of leaving doctors without proper regulatory and legal oversight.

'It is important that doctors and clinicians follow the latest medical practice, and this should be based on high quality evidence. What the latest research highlights is the complexity of reliably diagnosing PVS and MCS. This is why this guidance seems terribly out dated, even error ridden.

'It also misses the ethical point that there is a clear difference between turning off a ventilator on a brain-dead patient and removing CANH from a brain-damaged patient, or those on a "downward trajectory".

'CNK urges the BMA to review this guidance and in the light of our changing understanding of how patients should be assessed and cared for.'

© Image copyright of Quinn Dombrowski and licensed for reuse under Creative Commons License 2.0