Canadian paediatricians envisage euthanasia for children without parental consent or even knowledge, ahead of a report to Parliament on extension to minors 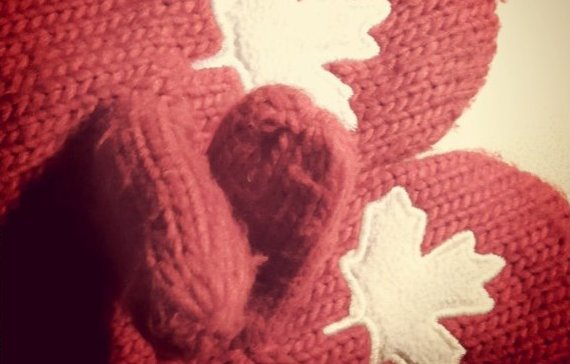 In December 2016, the Canadian Council of Academies was tasked by Canada's Ministers of Health and Justice 'with examining three particularly complex types of requests for medical assistance in dying that were identified for further review and study in the legislation passed by Parliament in 2016. These cases are: requests by mature minors, advance requests, and requests where mental illness is the sole underlying medical condition.' Publication of their final report is set for December 2018, and such is the expectation that the federal law (mandated by the Supreme Court in 2015 and passed by Parliament in 2016) will be extended that doctors are preparing for a new normal: both in facilitating what becomes legal, and in promoting assisted suicide and euthanasia.

Writing in the British Medical Journal's Journal of Medical Ethics, Carey DeMichelis, Randi Zlotnik Shaul and Adam Rapoport - doctors associated with a Toronto children's hospital - considered whether age of capacity should be the dividing line for accessing what is known in Canada as 'Medical Assistance in Dying' (MAID), whether doctors should be required to bring MAID to young patients' attention, whether children should be able to undergo euthanasia without their parents' knowledge - much less their consent - and whether hospitals have a responsibility to normalise euthanasia. Their assessment made for disturbing reading.

Most legal regimes and proposals for assisted suicide and euthanasia concern adults, and the few cases where children have been included - principally Belgium and the Netherlands - have caused great concern. DeMichelis et al note that

'The Hospital for Sick Children is located in Ontario, a province that does not rely on age as a heuristic for capacity (ie, there is no 'age of consent' for medical treatment), but rather operates on the presumption of capacity for all patients regardless of their age (HCCA, section 4 (2)). This means that young people can be and are found capable of making their own medical decisions, even when those decisions may result in their death.'

'The Supreme Court's Carter decision indicates that the same procedures that apply to capacity assessment in other cases should also apply to MAID... This guided our working group towards recommending the maintenance of consistent standards of capacity assessment and an underlying theorisation of MAID as practically and ethically equivalent to other medical interventions that result in the end of life.'

That is to say, it would be assumed unless proven otherwise that children are capable of consenting to euthanasia.

The obligation to discuss euthanasia with young patients

The doctors go on:

'When MAID is constructed as practically and ethically equivalent to other medical practices that result in the end of life, it follows that the same procedures surrounding confidentiality, communication and capacity assessment should apply in MAID cases.'

'A positive obligation on clinicians to discuss MAID with their patients is a mechanism that levels the playing field, ensuring that all capable patients have access to information that will allow them to make autonomous medical decisions about how their life will end.'

A common concern raised by patients opposed to euthanasia is that they would lose confidence in the doctor-patient relationship if the spectre of euthanasia were hanging over their interactions; to paint such a sunny picture of forcing patients to consider such an option is at best short-sighted.

The doctors think they have found a compromise position:

'We suggest that MAID will be initiated by the patient, although we note that patient initiation can take multiple forms including an explicit request for MAID, an explicit request for information about MAID or an expression of suffering and a request for help ending life. This request does not need to be made directly to the MRP [most responsible physician], but rather can be made to any healthcare provider, in order to account for situations in which a patient may feel particularly close to a different member of their healthcare team.'

Instead of an obligation to raise euthanasia, the recommendation is that there be no member of staff a child patient can ask questions of or discuss their fears with without triggering a conversation concerning the option of their own death. The authors are quite prepared to revert to what they clearly consider to be the more logical route, though:

'We plan to revisit this issue in future iterations of the policy when some of the contemporary social controversy and uncertainty around the practice of MAID has become more settled.'

Parents need not be told

The likely retort would be that such conversations would not be in isolation, that there would be the love and support of parents and family members, but the authors then ask:

'If... a capable patient explicitly indicates that they do not want their family members involved in their decision-making, although healthcare providers may encourage the patient to reconsider and involve their family, ultimately the wishes of capable patients with respect to confidentiality must be respected. If we regard MAID as practically and ethically equivalent to other medical decisions that result in the end of life, then confidentiality regarding MAID should be managed in this same way.'

To be blunt: a child expressing fears about their health can be presented with their own death as a treatment option, and the hospital would be under no obligation to inform the child's family even if euthanasia were agreed upon.

The authors' final assertion should come as no surprise, given all this:

'Finally, we argue that MAID providing institutions should take advantage of the opportunities that exists to reduce social stigma associated with MAID, while simultaneously ensuring the safety of healthcare providers. Speaking openly about the provision of MAID is important because it signals respect for patient rights (as discussed in the Carter decision and under Bill C-14), and may help to ease the social burdens, both on patients seeking MAID and on the healthcare professionals providing it.'

Leaving aside the appalling irony of talking about easing social burdens, when a majority of assisted suicides in places like Oregon are influenced by patients' fear of being burdens for family, friends and caregivers, this is stark. There is no room here for the subtle, creeping progression from assisted suicide being quietly available to those who most want it: almost from the off, these doctors feel hospitals not only have a duty to help cause the deaths of their patients, but they also should feel obliged to be evangelists for death: the reasonableness of euthanasia as a response to suffering and despair.

It is telling that safety is mentioned with regard to healthcare providers, but not patients.


© Image copyright of Doi Alfoja and licensed for reuse under Creative Commons License 2.0