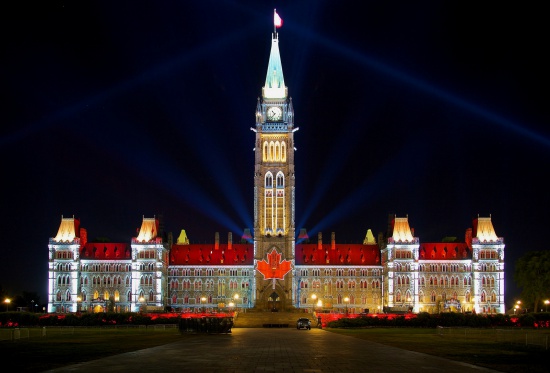 The Supreme Court of Canada on 6 February 2015 instructed the federal Parliament to legislate for assisted suicide - within 12 months. On 15 January 2016, the federal Government was granted a four-month extension to prepare and deliver legislation, but individuals could in the meantime seek permission directly from the courts, and the ruling did not cover Quebec which media reports in January indicated had seen its first legal euthanasia death. On 14 April 2016, Justin Trudeau's Government published its legislative response to the ruling: Bill C-14, whose principal purpose is to 'create exemptions from the offences of culpable homicide, of aiding suicide and of administering a noxious thing, in order to permit medical practitioners and nurse practitioners to provide medical assistance in dying and to permit pharmacists and other persons to assist in the process'.

Bill C-14 is broad, allowing for both euthanasia and assisted suicide, involving both doctors and nurse practitioners, and being rather generally aimed at those whose 'natural death has become reasonably foreseeable, taking into account all of their medical circumstances, without a prognosis necessarily having been made as to the specific length of time that they have remaining'. While at least more honest than legislation dependent on notoriously unreliable prognoses, eligibility based on having 'a grievous and irremediable medical condition' means vast swathes of vulnerable people across the world's second largest country will be acceptable for euthanasia. At the time of the Carter ruling, disabled people spoke out about their fears, and we know that here in the UK, disabled people fear pressure being put upon them if assisted suicide were legalised.

Bill C-14 appears more restrictive in comparison to the radical recommendations from the government assisted dying committee. The bill does not extend euthanasia to mature minors, to people with dementia, or to people who seek death by lethal injection based only on psychological reasons and it appears to require the person to have a terminal condition.

In reality the bill provides legal immunity to anyone, who kills another, while the bill fails to provide effective oversight of the law or conscience rights for healthcare professionals.

There are significant problems with the design of the bill. Here are a few examples:

2. The bill provides legal immunity to "any person" who directly participates in euthanasia and assisted suicide. Section 241(3) provides legal immunity to any person who does anything for the purpose of aiding a medical practitioner or nurse practitioner to provide a person with medical assistance in dying. Section 241(5) gives legal immunity to anyone who does anything, at another person's explicit request, for the purpose of aiding that other person to self-administer a substance that has been prescribed for that other person as part of the provision of medical assistance in dying. These sections of the bill may be interpreted to apply to family members or friends who are involved with the act of ending life. But at the same time, the bill lacks definition, so in fact it could be interpreted to apply to anyone.

This bill provides the perfect cover for acts of murder.

3. The bill does not provide conscience protection for medical practitioners or nurse practitioners. Medical professionals who consider killing patients as the antithesis to medical care are not provided conscience protection and they are required under (Section 241.31) to send requests for euthanasia or assisted suicide to a "designated recipient" or the Minister of Health.

With any legislation, the devil is in the details. The details in this bill are particularly dangerous for Canadians in their time of need.

© Image copyright of Jiuguang Wang and licensed for reuse under Creative Commons License 2.0