Dutch euthanasia up again in 2015

The 5,516 deaths reported in the Netherlands in 2015 would translate to more than 20,000 based on a UK-sized population, as paediatricians press for easier child euthanasia and academics report on euthanasia for psychiatric patients. 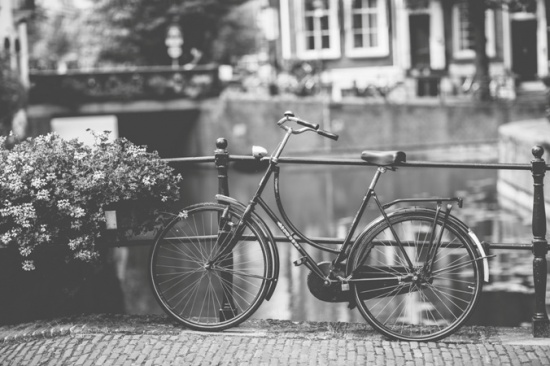 The House of Lords committee considering Lord Joffe's 2005 assisted suicide bill estimated that a Dutch-style law in the UK would see 13,000 such deaths per year; a simple population-based extrapolation (latest figures: E&AS 2015, NL March 2016, UK 2014) suggests a figure more like 20,955 - enough to fill London's O2 arena. This is to set aside the level of non-reporting in the Netherlands, with almost a quarter (23%) of cases not being held to the standards which advocates say safeguard vulnerable people. Assuming no further deterioration since 2010, the 2015 figures would suggest an actual euthanasia rate of 7,163 (the UK extrapolation would look more like 27,214, were that the case).

'six were complicated by substance abuse, four by neurocognitive impairment, and two by autism spectrum disorder. Similar puzzling findings regarding autism spectrum disorder appear in a study of 100 consecutive cases of psychiatric patients evaluated for physician-assisted death in Belgium, where 12% had Asperger syndrome. Moreover, 52% (34 of 66) of the Dutch cases and 50% of the Belgian cases carried diagnoses of personality disorders, conditions often associated with strong reactivity to environmental and interpersonal stresses, raising questions about the stability of the expressed desires to die. Indeed, 38% of the Belgian patients who asked for physician assistance withdrew their requests to die before the evaluation could be completed.

'Other red flags in the Dutch data include the 20% (13 of 66) of patients who had never had a psychiatric hospitalization, the ratio of women to men (2.3 to 1), and the 56% (37 of 66) of cases in which social isolation or loneliness was important enough to be mentioned in the report. The latter evokes the concern that physician-assisted death served as a substitute for effective psychosocial intervention and support. The difficulty in determining whether the Dutch criteria for assistance in dying were met - including whether the patient was making a competent request and if there were no treatments that could offer some prospect of improvement - is underscored by the finding that in 24% (16 of 66) of cases the 3 independent physician reviewers disagreed among themselves about the answers to these questions. Dutch law does not require unanimity among evaluators before death takes place, and whether to proceed remains at the discretion of the physician who has been asked to assist in the patient's death. The decision about intractability could not have been helped by the fact that 56% (37 of 66) of patients refused at least some recommended treatment. It is particularly troubling that in 12% (8 of 66) of cases the psychiatrist involved believed that the criteria were not met, but assisted death took place anyway.

'In 27% (18 of 66) of cases, patients requested assistance with dying from a physician who had not previously been involved with their treatment. Most of those cases involved patients who sought out the services of an "end-of-life-clinic," which was established specifically to facilitate assisted dying. One might wonder whether a clinic intended to make assisted death more available will have a lower threshold for approving requests...'

The paper and the overview quoted above are both available in full, online, but it bears also noting here the study's finding that 'the euthanasia review committees generally defer to the judgments of the physicians performing the EAS'. Many predicted such deference when peers considering Lord Falconer's bill suggested that judges have the final say on applications in this country.

Besides these insights regarding euthanised patients with psychiatric conditions, the Dutch Government also last month considered the euthanasia of children. Statute limits the practice to patients aged 12 and over, with 12-17 year olds requiring parental consent or notification -seven cases of euthanasia between the ages of 12 and 17 are known of between 2002 and 2015, including two last year - but Minister for Public Health Edith Schippers has committed €400,000 to research following a request by the Dutch Paediatric Association (NVK) that the Government make euthanasia available between the ages of one and twelve.

'Both parliamentarians and pediatricians are following the lead of neighboring Belgium, where minors are allowed to ask for euthanasia provided they are mentally competent and both their parents agree, that their suffering is unbearable, and death would take place "within a foreseeable time." It was the Belgian law, which came into effect in February 2014, that triggered an official request from Schippers asking the NVK for its opinion. Its report was submitted one year later, and the minister took one more year to assess the situation.'

Ms Schippers' response reminded us of two aspects of euthanasia in the Netherlands. First, she outlined the legal defence doctors can already call upon where the patient is aged 1-11; moreover, she reminded us that there are clear criteria (LZA-LP control) by which late-term abortions and euthanasia of newborns can also be performed. LifeSite again:

'In Belgium, there is no age limit; rather, they use a case-by-case assessment of a child's understanding of what euthanasia means.

'The Dutch pediatricians proposal would take the whole thing a step further, not only scrapping the 12-year limit in order to assess "effectual mental competence" but allowing parents to make the decision together with the doctor when the child is not competent, as is already the case from birth up to one year. These doctors say children under twelve are often capable of measuring the consequences of their decisions.'

The Netherlands is a sober reminder of how euthanasia laws proceed gently through practice, prosecutorial policy and finally government policy into areas from which they were formerly walled off. With strong support for a change to the law in the States-General (Dutch Parliament), we await further developments with trepidation.


© Image copyright of Christopher A. Dominic and licensed for reuse under Creative Commons License 2.0