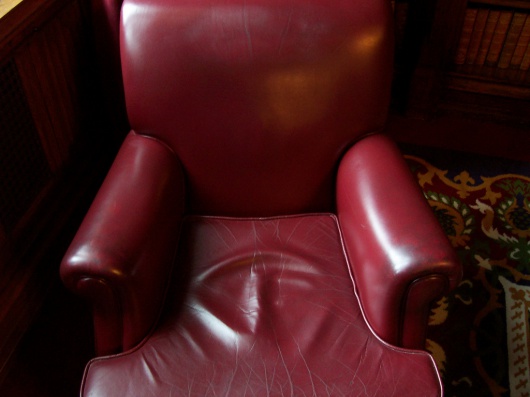 John Walton, who died on 21 April 2016 at the age of 93, was the only person to have been president of the British Medical Association, the Royal Society of Medicine and the General Medical Council during his career. The Durham-born doctor made the treatment of muscular dystrophy his life's work, and as a much-respected member of the House of Lords, he was asked to chair a Select Committee on Medical Ethics in 1993. The report, published in 1994, was extensive and despite the passage of years, it is still held by many as a gold standard in its consideration of end of life decision-making and the debate on euthanasia.

When Lord Walton presented his report to the House of Lords in April 1994, Committee member Baroness Llewellyn-Davies of Hastoe commented that

'the Select Committee on Medical Ethics was an unusually large committee. It had 14 members which is larger than usual; indeed, some of your Lordships, including myself, had the idea that it might be too large. However, as our discussions developed, my view changed. It is a subject which requires a multidisciplinary approach from both professional and lay points of view... we had distinguished lawyers, leaders of religious thought, moral philosophers, academics and active politicians who knew about the conditions that we were discussing. Most importantly, it was a unique opportunity to hear clear and explicit accounts from doctors and nurses about how they tackle the complex problems of desperately ill and dying patients, both those who were able to discuss their case with the health team—the competent patients—and those who were suffering from severe mental problems or persistent vegetative state.'

Lord Walton's death affords us the opportunity to revisit some of the Committee's key conclusions. The below quotes are taken from Lord Walton's oral summary for the benefit of the House.

'Society's prohibition of intentional killing... is the cornerstone of law and of social relationships. Individual cases cannot reasonably establish the foundation of a policy which would have such serious and widespread repercussions. The issue of euthanasia is one in which the interests of the individual cannot be separated from those of society as a whole.

'One compelling reason underlying this conclusion was that we do not think it is possible to set secure limits on voluntary euthanasia. As our report shows, we took account of the present situation in the Netherlands; indeed some of us visited that country and talked to doctors, lawyers and others. While we accept the sincerity of those who fervently advocated the present procedures that exist there, and while it would not be proper for me to criticise the decisions of the medical and legal authorities in another sovereign state, we nevertheless returned from our visit feeling uncomfortable, especially in the light of evidence indicating that non-voluntary euthanasia—that is to say, without the specific consent of the individual—was commonly performed in Holland, admittedly for incompetent, terminally ill patients. We also learned of one specific case in which voluntary euthanasia was accepted by both doctors and lawyers for a physically fit 50 year-old woman alleged to be suffering from intolerable mental stress. We felt particularly uncomfortable about that and about other examples. We concluded that it would be virtually impossible to ensure that all acts of euthanasia were truly voluntary and that any liberalisation of the law in the United Kingdom could not be abused. We were also concerned that vulnerable people—the elderly, lonely, sick or distressed—would feel pressure, whether real or imagined, to request early death.

'We considered carefully the question as to whether a new offence of mercy killing should be introduced into the criminal law. The Home Office reported to us some 22 cases in which it was suggested that a family member had either abetted suicide or had taken a positive act to end the life of a loved one suffering severe pain and distress due to an incurable affliction. In each, an initial charge of murder had been considered, but this was ultimately changed either to one of attempted murder or manslaughter or else a plea of diminished responsibility was accepted; it was generally agreed that the motive in virtually all such cases had been compassionate and merciful. However, we concluded that to distinguish between murder and mercy killing would he to cross the line which prohibits any intentional killing, a line which we think it essential to preserve.

'But we endorse the recommendations of a previous Select Committee of your Lordships' House that the mandatory life sentence for murder should be abolished. This would allow the courts in the case of particularly heinous crimes to impose a sentence even longer than is now implied by a life sentence, but to take a much more lenient view when it was clear that the motive of the individual charged was one of mercy.'

The sentiment expressed here by Lord Walton comes across in the current legal settlement. All reported incidences are investigated by the Police, but the Crown Prosecution Service, in deciding whether to bring prosecutions, assess cases in line with criteria published in 2010.

'What we mean is that, in the small and diminishing number of cases in which pain and/or distress cannot be satisfactorily controlled, the professional judgment of the healthcare team can be exercised to enable increasing doses of medication (whether of analgesics or of sedatives or of both) to be given in order to provide relief, even if this shortens life. The essential question here is one of motive. If the motive is to relieve pain and distress with no intention to kill, we regard this as being wholly acceptable, both in terms of medical practice and under the current law.'

'...we were concerned that advances in medical treatment occurring in the years after signing an advance directive might render its recommendations inappropriate. Hence our conclusion was that, while such directives should give general guidance, they should not be made legally binding. However, we recommend that the colleges and faculties of all the healthcare professions should jointly develop a code of practice to guide their members on this matter, and that they should encourage professionals to disseminate information about these documents. They should most appropriately be lodged by a patient with his or her general practitioner, who should be required to produce them to any other healthcare professional taking over care of the patient—for example, on admission to hospital.'

'We recommend finally that high-quality palliative care should be made more widely available, that research into new and improved methods of pain relief and symptom control should be adequately supported and its results effectively disseminated and that the training of healthcare professionals should do more to prepare them for the weighty ethical responsibilities which they carry, by giving more priority to ethics and to counselling and communication skills; points now well accepted by the relevant professions and, I am glad to see, by government. And we stress that long-term care of those whose disability and/or dementia makes them dependent should have special regard to the need to maintain the dignity of the individual.'

On separating clinical and budgetary decision-making

'...as the Government point out, resources for health care are not and can never be infinite, healthcare teams should not be required to make decisions relating to resources in the course of day-to-day clinical care of individual patients. Their concern should be for that individual's welfare. Decisions about treatments which society can or cannot afford should be made elsewhere than in the hospital ward or the doctor's consulting room, on the basis that such treatments as society does wish to fund must be made available equally to all who can benefit from them. We emphasise in particular that treatment-limiting decisions should never be influenced by resource availability.'

Baroness Llewellyn-Davies quoted from the report, saying that

'rejection of euthanasia as an option for the individual entails a compelling social responsibility to care adequately for those who are elderly, dying or disabled… [and] long-term care for dependent people should have special regard to the maintenance of human dignity.'

As the new session of Parliament begins without Lord Walton, we hope those who remain in the halls of power will take this responsibility seriously: the rejection of Rob Marris's bill in 2015 requires redoubled efforts to improve care and support for people at the end of life.


© Image copyright of UK Parliament and licensed for reuse under Creative Commons License 2.0