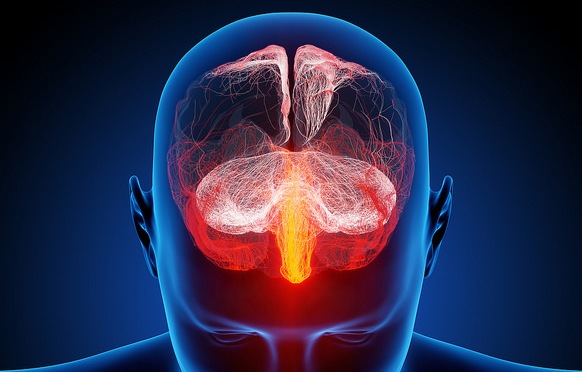 People with severe brain damage are difficult to diagnose reliably, not uncommonly recover and are often much more aware than we think. Specifically:

These are the startling conclusions of a new US practice guideline for managing prolonged disorders of consciousness (PDOC) issued earlier this week.

The guideline is acutely relevant to the UK, where on 30 July 2018, the Supreme Court made a landmark decision that food and fluids can be withdrawn from patients with PDOC provided that both doctors and relatives agree it is in a given patient's 'best interests'.

According to Prof Derick Wade, a consultant in neurological rehabilitation based in Oxford, there could be as many as 24,000 patients in the NHS in England alone either in permanent vegetative state (PVS) or minimally conscious state (MCS), most of them in nursing homes.

People with PVS are awake, with eyes open, but do not exhibit behaviour suggesting they are aware either of themselves or their surroundings. Those with MCS show definite signs of awareness of self or surroundings, but often, these behaviours may not be obvious or may not happen regularly. These signs include tracking people with their eyes or following an instruction to open their mouths, but the behaviours are often subtle and inconsistent.

A summary of the guideline, together with an accompanying literature review on which it was based, was published online on 8 August 2018 in the medical journal Neurology. An accompanying press release summarises the main points.

The new guideline updates the earlier 1994 AAN practice parameter on persistent vegetative state and the 2002 case definition for the minimally conscious state (MCS), some of the recommendations of which 'probably no longer hold true' according to lead author Joseph Giacino.

The guideline carries weighty authority because it has been issued by the American Academy of Neurology (AAN), the world's largest association of neurologists and neuroscience professionals, with over 34,000 members.

The majority of those with PDOC are young people who have suffered head injuries or older people with hypoxic brain damage (lack of oxygen to the brain, for example during a cardiac arrest).

As neuroscientist Adrian Owen's research demonstrates through the extraordinary testimonies in his book 'Into the Grey Zone', reviewed here by Chris Willmott, some patients with PVS and MCS have far more awareness than we might possibly imagine.

The guideline, based on the latest research, states that about four in ten people who are thought to be unconscious are actually aware. This 40% rate of misdiagnosis is because underlying impairments can mask awareness, argues Giacino, and can lead to inappropriate care decisions as well as poor health outcomes.

'An inaccurate diagnosis can lead to inappropriate care decisions and poor health outcomes.

Misdiagnosis may result in premature or inappropriate treatment withdrawal, failure to recommend beneficial rehabilitative treatments and worse outcome. That is why an early and accurate diagnosis is so important', he argues.

It is therefore essential that assessments of these patients are carried out only by real experts.

The guideline states, 'People with prolonged disorders of consciousness after a brain injury need ongoing specialized health care provided by experts in diagnosing and treating these disorders.

To get the right diagnosis, a clinician with specialized training in management of disorders of consciousness, such as a neurologist or brain injury rehabilitation specialist, should do a careful evaluation. This should be repeated several times early in recovery—especially during the first three months after a brain injury.'

The guideline enlarges on this as follows (see here for the accompanying academic references):

'The range of physical and cognitive impairments experienced by individuals with PDOC complicate diagnostic accuracy and make it difficult to distinguish behaviours that are indicative of conscious awareness from those that are random and nonpurposeful.

Interpretation of inconsistent behaviours or simple motor responses is particularly challenging. Fluctuations in arousal and response to command further confound the reliability of clinical assessment.

Clinician reliance on nonstandardised procedures, even when the examination is performed by experienced clinicians, contributes to diagnostic error, which consistently hovers around 40 percent.

But it is not only diagnosis that is problematic. Prognoses too can be widely mistaken.

'The outcomes for people with prolonged disorders of consciousness differ greatly. Some people may remain permanently unconscious. Many will have severe disability and need help with daily activities. Others will eventually be able to function on their own and some will be able to go back to work.'

There are also advances being made in the treatment of some acute brain injury because of brain cooling techniques, intracranial pressure monitoring and neurosurgery.

Commenting on the new guideline, an editorial in Neurology, agrees that the term PVS should be dropped and that pain relief should be given to patients affected.

Authors Joseph Fins and James Bernat, argue in their review titled 'Ethical, palliative, and policy considerations in disorders of consciousness' that PVS should be renamed as 'chronic vegetative state given the increased frequency of reports of late improvements'.

They also advocate 'routine universal pain precautions as an important element of neuropalliative care for these patients given the risk of covert consciousness' and 'applaud the Guideline authors for this outstanding exemplar of engaged scholarship in the service of a frequently neglected group of brain-injured patients'.

The publication of the new guideline, casts further doubt on last month's Supreme Court decision and will no doubt lead to further criticism.

We have argued previously that doctors should not be starving and dehydrating non-dying brain damaged patients to death in any circumstances at all. The fact that a substantial number of these patients are misdiagnosed, feel pain and will later recover only makes the case more strongly.

This state of affairs was predicted in 1993 by Dr Andrew Fergusson, when he argued that the Law Lords in the case of Hillsborough victim Tony Bland (pictured above) had made three key false assumptions: that food and fluids is treatment and not basic care; that death is in some people's 'best interests'; and that it is not euthanasia when food and fluids are withdrawn with the explicit intention of casing death by starvation and dehydration. (Dr Fergusson's whole article, 'Should tube feeding be withdrawn in PVS?' is well worthy of further study by all with an interest in this area.)

How will our own British medical organisations (and in particular the BMA and Royal College of Physicians) respond? Given that they backed the Supreme Court decision, they most certainly ought to be asked for comment.


© Image copyright of Ars Electronica and licensed for reuse under Creative Commons License 2.0